I Was Fat Shamed During Labor 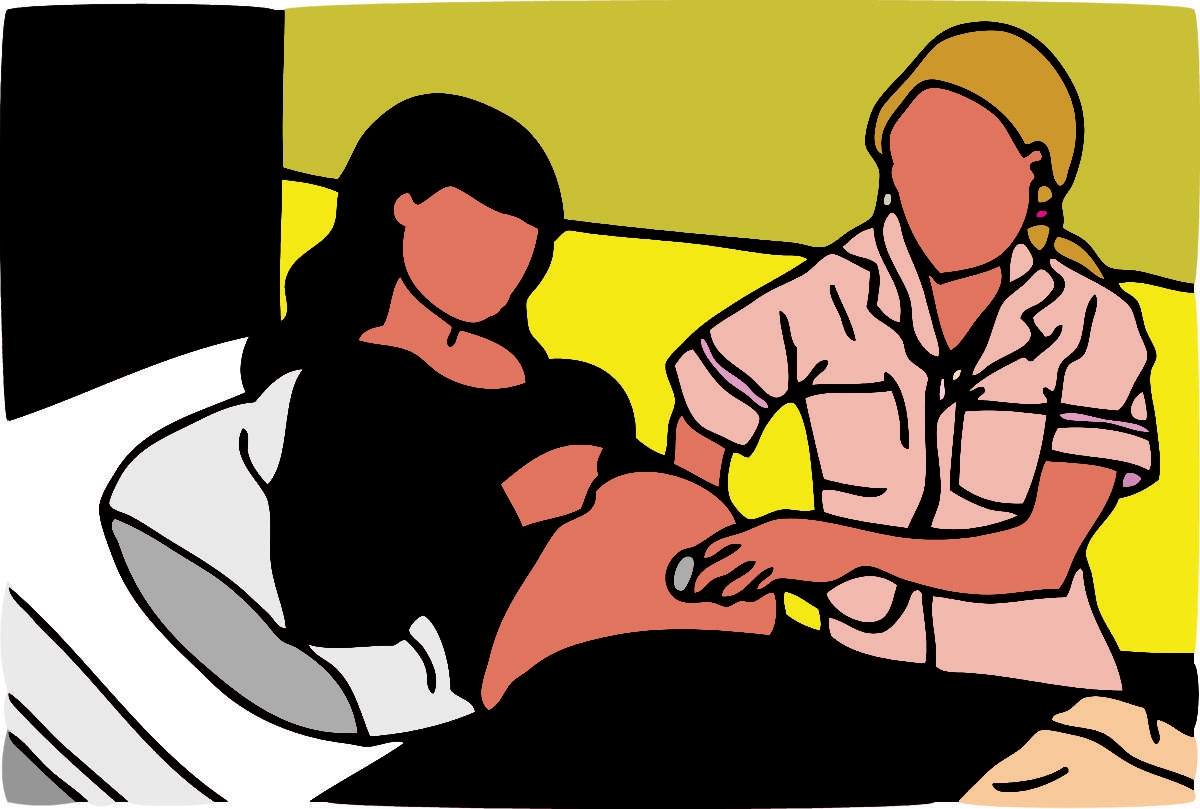 It’s funny how sometimes wounds we think have healed have a way of opening back up when we least expect them to. That’s what happened when I gave birth to my fourth child.

In my fourth pregnancy, I had gestational diabetes. Because of that, my doctor wanted me to be induced at 38 weeks. So, when the time came, we headed to the hospital.

I was induced in the evening. Soon enough, the contractions were progressing, but slowly. Painfully. Enough that I could not sleep or rest, but not enough to progress labor.

After a very long night, a new doctor — someone I had never met —  came into the room. He looked at me, looked at my chart for two seconds, and then began to scold me:  I needed to exercise and change my eating habits, he said.  Without doing those things, he said, I was putting my life at risk.

I couldn’t believe what I was hearing while I was in the middle of painful contractions. Yes, I am overweight, and I know that. I have experienced the pain of people noticing my imperfect body from the time I was a child. And while there was no hiding my body’s flaws while wearing a half-open hospital gown, I never expected to be reminded of my imperfections while trying to bring new life to the world.

He didn’t know that, by the time I was in high school, I wanted to do everything I could to destroy my body. That I starved myself as punishment for my imperfections; that for nearly 10 years I lived on a razor’s edge, making sure I was in control of my body by destroying it — this body that I couldn’t trust and couldn’t respect. He didn’t know that I’d been exercising daily for almost 25 years.

He didn’t know any of this, and he didn’t ask. He just walked in and took one look at my fat body and decided he knew everything about me.

I told him I didn’t want to talk about it. I didn’t try to defend myself; I just told him to stop talking. He then asked if he could talk to my husband. I was being reckless with my life, he said.

I turned away and began to cry — not because of the painful contractions but due to the humiliation. My husband told him to leave the room.

I had spent more than 25 years fighting my body, and literally the last thing I needed was someone insulting my body at one of the most vulnerable times of my life.  But that’s exactly what happened, and wounds that I didn’t realize were still there — after years of working on healing them — were ripped wide open. Right in the middle of the delivery room.

For the rest of the labor, another 12 or so hours, every time I felt the pain of contractions, I told myself that it was my fault I was fat. I told myself, through the pain, that I was not OK as is. As I labored, I punished myself for being fat, using the contractions as a self-flagellation of sorts.

About 25 hours into the labor they broke my water. The contractions became excruciating. I felt certain the end must be near.

But I was told there was still no end in sight. I just wasn’t progressing. It was bad enough the doctor had reminded me how much I hated and distrusted my body — at the exact moment that I needed to trust it the most. Now I was being told my body wasn’t cooperating.

I wasn’t surprised, but I felt defeated. There were hints we were approaching an emergency C-section and then, finally, I felt sure I was close to transition. I tried to trust my body. I told the midwives I thought I must be close, but they told me I was wrong. Overcome with pain, both physical and emotional, I begged for an epidural.

Finally, as they started putting the needle in, the baby began pushing himself out. I could feel the excruciating pressure and I told them he was coming. I wanted to jump off the table. The two midwives held me down, as the needle was already partially in my back. They told me not to move. I screamed in pain — the pain of delivering a baby and the pain of decades of hating my body. The scream was coming from some place deep within me.

As the anesthesiologist finished putting the needle in, they yelled for me to lay down. They could already see his head. They needed me to push immediately.

I took a deep breath and pushed with everything I had. And the pain of the day, of a lifetime, burst out of me and I didn’t think I could handle it. I felt I would die from the extreme pain.

I told myself I would work to heal my painful, exposed wounds another time. Right now, I needed to put them to the side to bring a new life into the world.

I pushed the thoughts of all the pain I had been feeling all day out of my mind. I focused on love and gratitude, and with tears of joy in my eyes and strength in my heart, I took a deep breath and pushed out a healthy and beautiful baby boy.