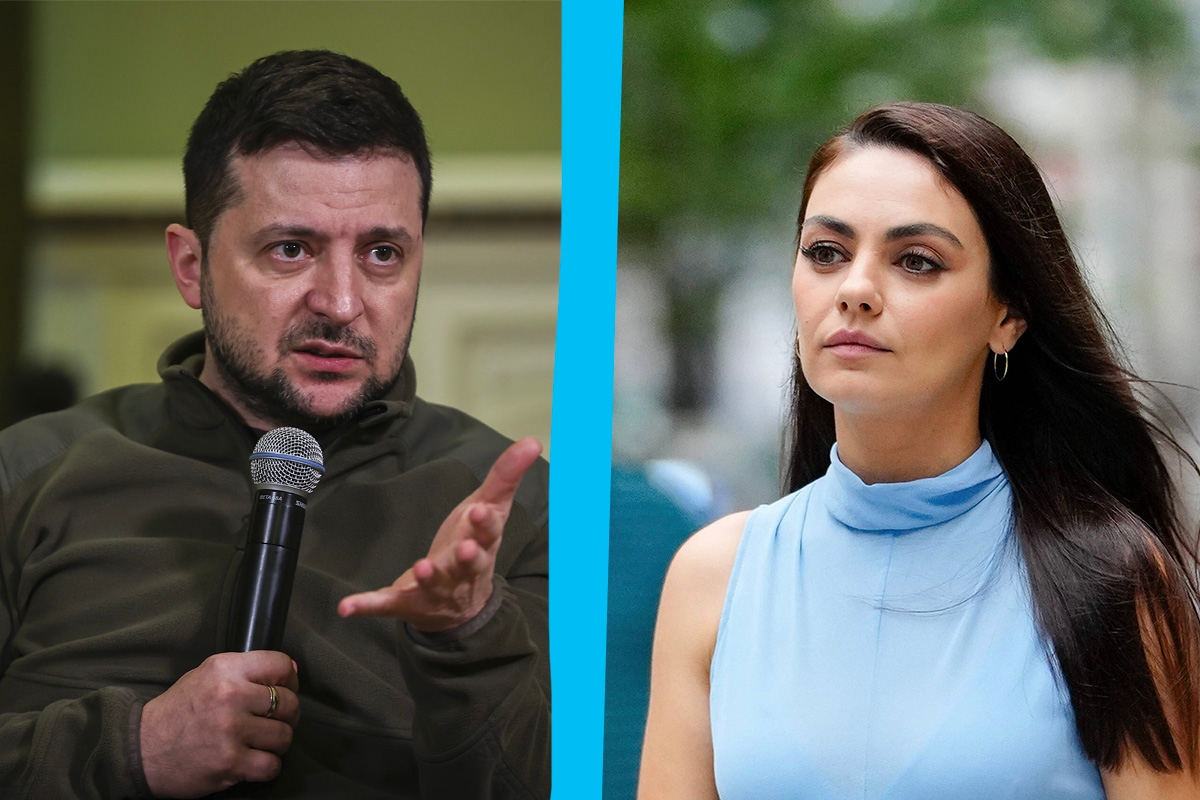 Jewish mom Mila Kunis and spouse Ashton Kutcher reached an important fundraising goal this weekend: raising over $30 million for Ukraine relief and rescue efforts. Back in early March, the two teamed up with Flexport and AirBnB to help Ukrainian individuals hoping to find shelter from the constant conflict in their country as Russian forces continue their brutal attack. Their campaign raised over $3 million in its first 36 hours.

The campaign, which is now close to $35 million with over 70 thousand donors, is so extraordinary that the couple’s efforts reached President Volodymyr Zelensky. The Jewish Ukrainian leader thanked them over a Zoom call this past Sunday, which he mentioned in his presidential address this Monday, March 21.

“I also spoke with Ashton Kutcher and Mila Kunis,” Zelensky said in the video address, “A star couple who sincerely believe in us, in our victory, in our future.”

“I thanked them on behalf of our people, on behalf of all of us,” he continued, after lauding their fundraising for internally displaced Ukrainians. “This is a good result for one couple of our friends in America.”

Zelensky also tweeted a picture of the call between the three of them, writing that the couple “were among the first to respond to our grief” and that “they inspire the world.”

.@aplusk & Mila Kunis were among the first to respond to our grief. They have already raised $35 million & are sending it to @flexport & @Airbnb to help 🇺🇦 refugees. Grateful for their support. Impressed by their determination. They inspire the world. #StandWithUkraine pic.twitter.com/paa0TjJseu

In the same address, Zelensky also mentioned his address to the Israeli Knesset, in which Zelensky, who lost relatives in the Holocaust, likened Hitler’s final solution to Russia’s desire to wipe out Ukraine. Zelensky spoke about the possibility of holding peace talks with Russia in Jerusalem.

As for Kutcher and Kunis, they are continuing in their fundraising efforts, despite reaching the $30 million goal. “This is far from a solution for the problem. Our collective effort will provide a softer landing for so many people as they forge ahead into their future of uncertainty. Our work is not done,” they said in a video to their audience.

Kunis ended the video by thanking their supporters and urging them to continue donating to them and to other incredible foundations helping relief efforts: “This is just the beginning to a very, very long journey,” she said.