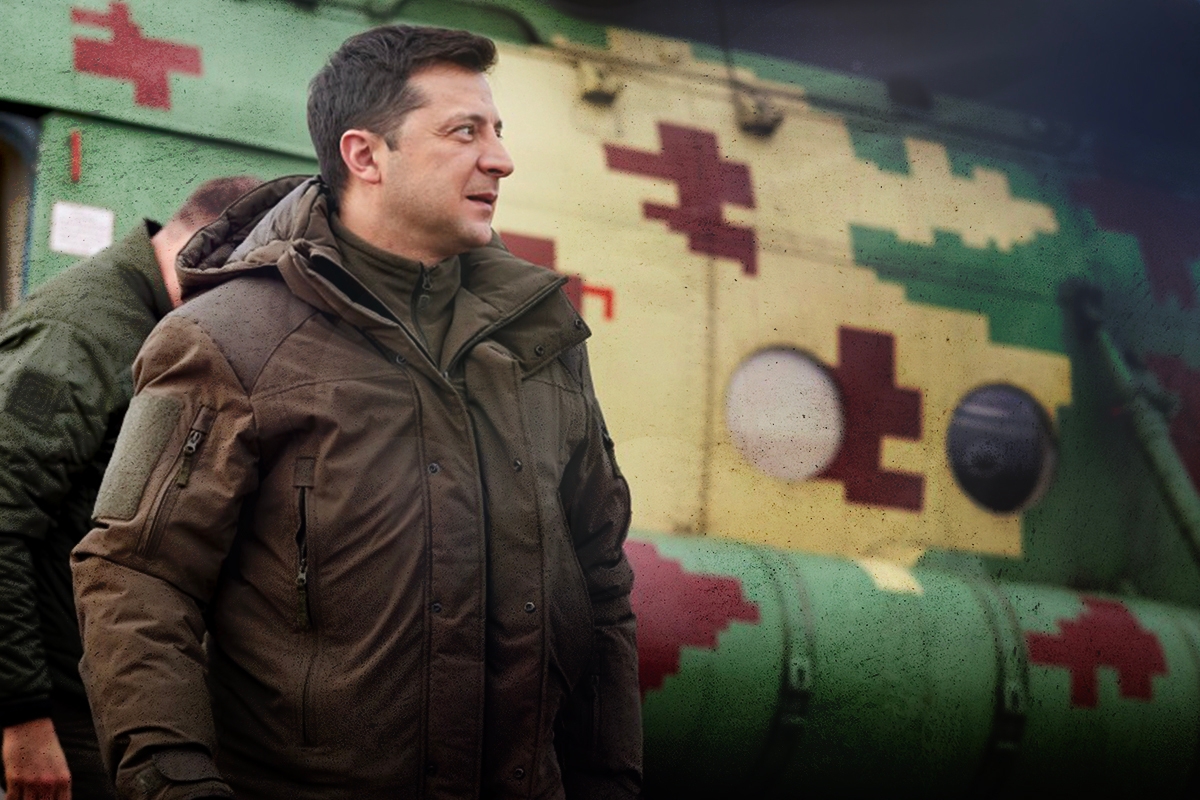 We may be teetering on the edge of World War III, but let’s focus on one positive in this horrible Ukraine/Russia awfulness: The Zelenskyy Stan.

If you’re under a rock, perhaps you’re blissfully unaware that Russia, and more precisely, Vladimir Putin have decided to unilaterally invade Ukraine, a sovereign nation, and that Ukraine is fighting back with all it’s got. And everyone’s favorite person lately is Ukraine President Volodymyr Zelenskyy. He’s a charismatic leader who is refusing to back down in the face of seemingly impossible odds, is inspiring people in his nation and around the world — and he’s Jewish.

There’s almost too much to say about Zelenskyy, whose life has taken a Forrest Gump-ish trajectory. He’s a president who was once a comedian (which hopefully is serving him well in these darker times). He won the Ukrainian version of “Dancing With the Stars” and was the voice of Paddington Bear in the Ukrainian version of the movie — no, seriously. He’s a parent of two adorable children. And now, he’s refused help leaving his war-torn country (allegedly telling President Biden, “I need ammunition, not a ride”), and he’s donned fatigues himself to fight in the streets with his people against the Russian invaders.

This would be incredible enough (dayenu!). But it’s all the more amazing that in a country where over 1 million of its Jews were murdered during the Holocaust — where, on two horrid days in 1941, 33,000 Jews were executed and left in ravines filled with bodies at Babyn Yar, outside of the Ukrainian city of Kyiv — a Jew has risen to the most prominent and powerful political position and is being lauded by the world as a paragon of courage and hope.

As Jeff Salkin wrote for Religion News Service, “Never before in modern history have the world’s eyes so clearly focused on a Jew, demonstrating a sweet mix of character, patriotism and sheer courage. Every Jew in the world today can hold his or her head up higher because of Zelenskyy. More than that: Every Jewish young person now has a hero that they can call their own.” And he’s right: Comments abound on social media about how everyone is in love with Zelenskyy.

It’s only March, yet this year we’ve already had an American congregation taken hostage by a gunman and seen antisemitic hate crimes quadruple in New York City, of all places. We, as Jews, are incredibly thirsty for hope, and Zelenskyy gives it to us. He shines as a beacon of rationality in a world of madness. He’s not only a person, but also a symbol, and one whose significance resonates particularly for Jews.

I personally don’t buy into the idea that the adulation of Zelenskyy on the international scene signifies some sort of sudden reversal of antisemitism. Antisemitism has proven itself, time and again throughout history, to be durable, portable and resilient. I’m grateful that Zelenskyy’s identity as a Jew hasn’t yet been a trigger for that kind of antisemitism, don’t get me wrong. But if I’m honest, I sort of have trouble swallowing the overly optimistic idea that Zelenskyy Appreciation somehow negates or “balances out” the systematic, deliberate and hateful murder of my people in the Holocaust. Not to be nitpicky at this moment in time, but many Ukrainians were complicit — and even enthusiastic — participants in the murder of Ukrainian Jews during the Holocaust.

So yeah, I’m glad that for the moment, the people of the world are on board with admiring the integrity, strength and grit of a Jew. There are a lot fewer of us now, but we’re a pretty awesome people.

I am acutely aware of how thirsty we all are, at this particular dark time in history, for goodness, for ethics and for hope. And we can all be so proud, and kvell, that at this moment, a Jew is exemplifying those traits for the world.