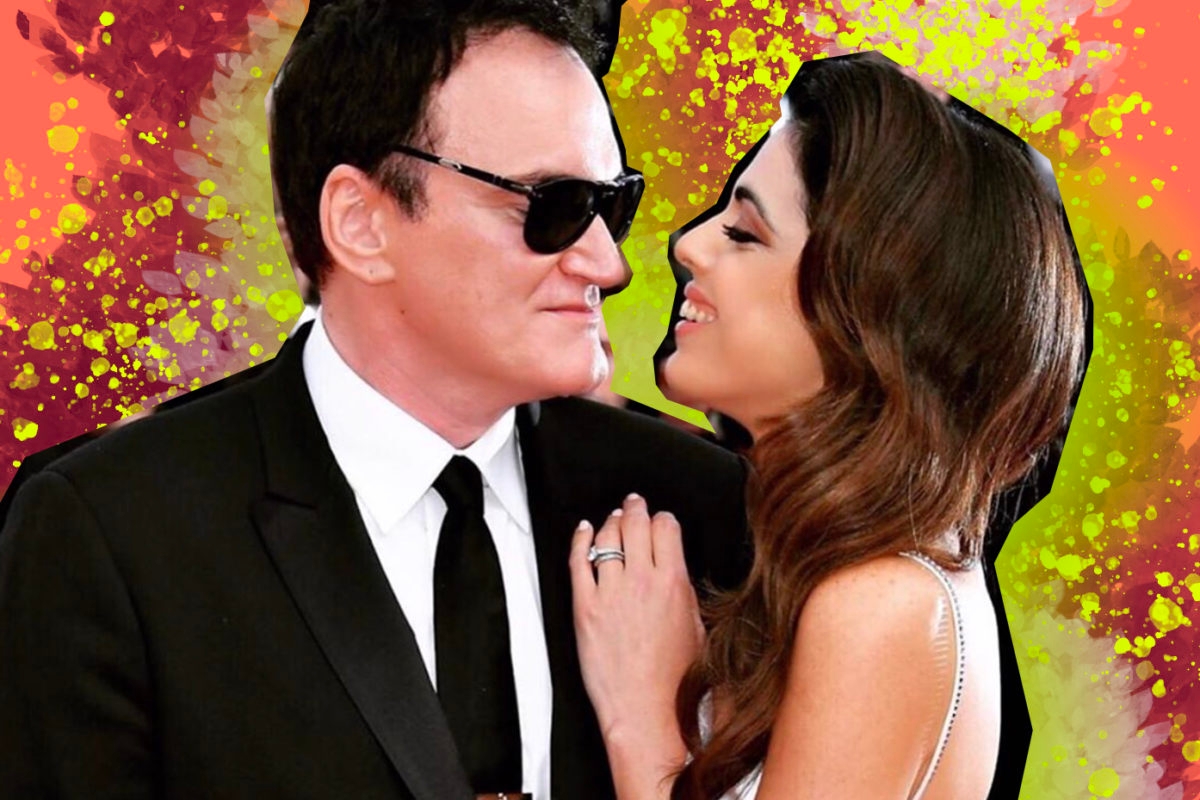 Well, this is awesome news for fans of Daniella Pick (so basically, me!). The Israeli model, singer, and daughter of the Israeli “King of Pop” Svika Pick is expecting her first child with a Hollywood film director or somesuch.

But seriously, yes, this means that Pick’s husband, Quentin Tarantino, whose newest movie Once Upon a Time… in Hollywood (in which Daniella has a cameo) is doing quite well in the box office, is about to be a father. Tarantino is due to retire from the movie biz soon, which should give him plenty of time to dedicate to running after a little one!

The 56-year-old director and the 35-year-old model got married back in November of last year in a regal but small Jewish ceremony in Hollywood. Quentin, who is not Jewish, wore a kippah and the couple was married by a Reform rabbi. Among the guests were Eli Roth, Maya Rudolph, and Harvey Keitel.

It was Israeli reporter Gil Mishali who broke the news of the pregnancy on Twitter, and Daniella’s PR rep confirmed it’s true.

Daniella has recently shared pictures of her and her famous filmmaker husband at the London and Rome premiere of Once Upon a Time… in Hollywood on Instagram. The Israeli-designed (represent!) dresses she is wearing are, aside from being gorgeous, of course, notably very loose, and could very feasibly be hiding a little bump!

To recap, Daniella and Quentin met all the way back in 2009 during the Israeli premiere of Inglorious Basterds, Quentin’s revenge film about Nazi-hunters, and started dating then — but the relationship only lasted a few months. They got back together in 2016, and two years later, as aforementioned, tied the knot.

Daniella has, according to interviews, settled into quite a domestic life in Hollywood with her husband, even cooking Friday night dinner for their friends (challah is involved, natch).

In a June interview, Daniella said the couple were a pair of homebodies and have quite a humble daily life and routine. “It’s not Cannes [Festival] every day,” she told the interviewer. When asked by the interviewer (with the usual Israeli chutzpah) if she and Quentin were thinking about the next generation, she smiled and said: “Of course we are thinking about it. We’re married. It’s in our very near thoughts.”

B’sha’ah tovah to the happy couple!

Quentin Tarantino and his Israeli wife Daniella Pick are reportedly expecting their first child together.

Tarantino has repeatedly cited wanting to have a family as his reason for capping his movies at 10. https://t.co/ZGItWTJxG2