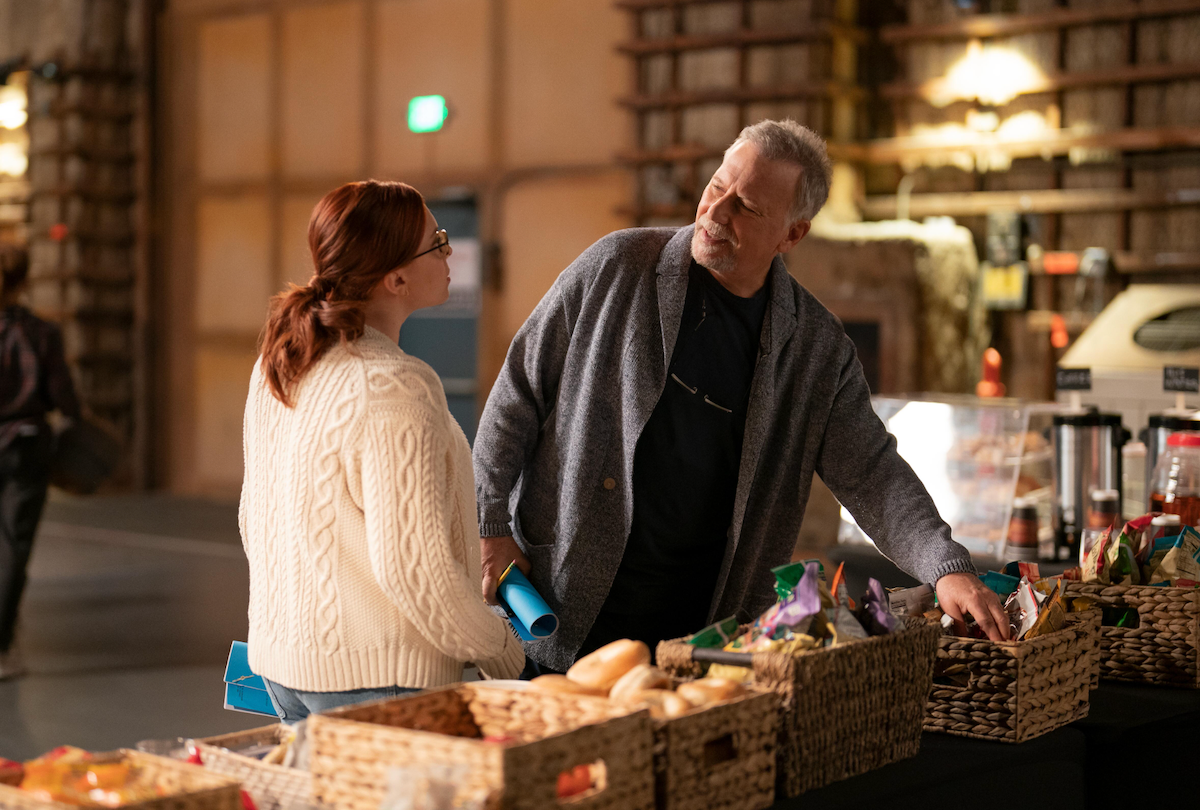 Reiser plays Gordon Gelman, an artistic and somewhat blasé TV showrunner of a classic ’90s sitcom called “Step Right Up.” And Bloom plays Hannah, an edgy TV writer who wants to reboot that series — and who also happens to be Gordon’s estranged daughter, whom he abandoned when he started a new family. It’s that new family, including his second wife’s son and ex-husband, that Gordon originally based “Step Right Up” on, which made no mention of the daughter he left behind.

Hannah wants to helm a reboot of the show in order to exorcize her childhood demons — and possibly get back at her dad — by inserting a surprise daughter for Lawrence, the show’s protagonist. Instead, she winds up working with her dad while the two try to reconcile their very disparate visions for the show.

“Reboot” is inspired by, well, reboot culture. In case you’ve not been watching TV lately, so many classic shows have gotten reboots in recent years, from “Gossip Girl” to “Gilmore Girls” to “Sex and the City” and also, funnily enough, “Mad About You.”

The show is helmed by Jewish creator Steven Levitan, and it’s the first very Jewish show the TV creator behind “Modern Family” has worked on in a while (he did work on the Jewish Canadian show “Max Glick” and “The Critic”). In “Reboot,” Gordon is overtly Jewish. He invokes his rabbi and peppers his speech with Yiddishisms, from “oy” to “schmekl.” He often passes those on to the character who is a stand-in for him in the show — Lawrence, played by Reed, who is played by Keegan-Michael Key (yes, I know, meta!).

When Gordon is dismayed by the young team of writers that Hannah brings in, he recruits a “comedy cavalry” of old writers, one of whom is played by George Wyner aka the rabbi from “A Serious Man.” When he walks into the writer’s room for the first time, he yells, “Good morning, delivery from Jews’R’Us.” Another writer is played by Fred Melamed, who talks about how a great joke “went off like a fart in shul.”

“Reboot” centers around the tension between the younger generation who grew up on the shows being rebooted and the older generation who made and acted in them. Yet it’s also a show about a father and a daughter reconciling and finding each other. It’s those moments of reconnection that I find particularly touching. In one scene in the second episode, Gordon finds a way to reconcile with Hannah through a line of dialogue that he feeds to Lawrence, who tells his own estranged daughter that he messed up and should’ve done better by her — that he “should have been a mensch.” When Hannah hears that Yiddish word, she knows that it’s from her father, directed at her, a small but meaningful peace offering.

The new team behind “Step Right Up” is trying to navigate between a desire to make something new and edgy, or haimish, nostalgic and palatable. “Reboot” lands mostly on the latter. Yet it does that without feeling stale.

A lot of that is thanks to the cast. There’s Key, who I’ve loved since “Key & Peele” and more recently in the excellent “Schmigadoon!” There’s movie and TV darling Judy Greer (who you know from, like, everything?) and Johnny Knoxville, yes of “Jackass” fame, who is perfectly cast as a reformed bad boy. Add Reiser to the mix and the show is rife with pleasant millennial nostalgia. Then there’s Bloom, who gave us one of the most relatable millennial Jewish characters of all time, and who is perfectly cast as a queer Jewish protagonist.

“Reboot” isn’t necessarily laugh out loud funny, but it’s comforting and solid TV, a perfect addition for your 2022 streaming roster and a show that just might make you believe in second chances.