Harvard Was Right to Rescind This Jewish Student’s Offer 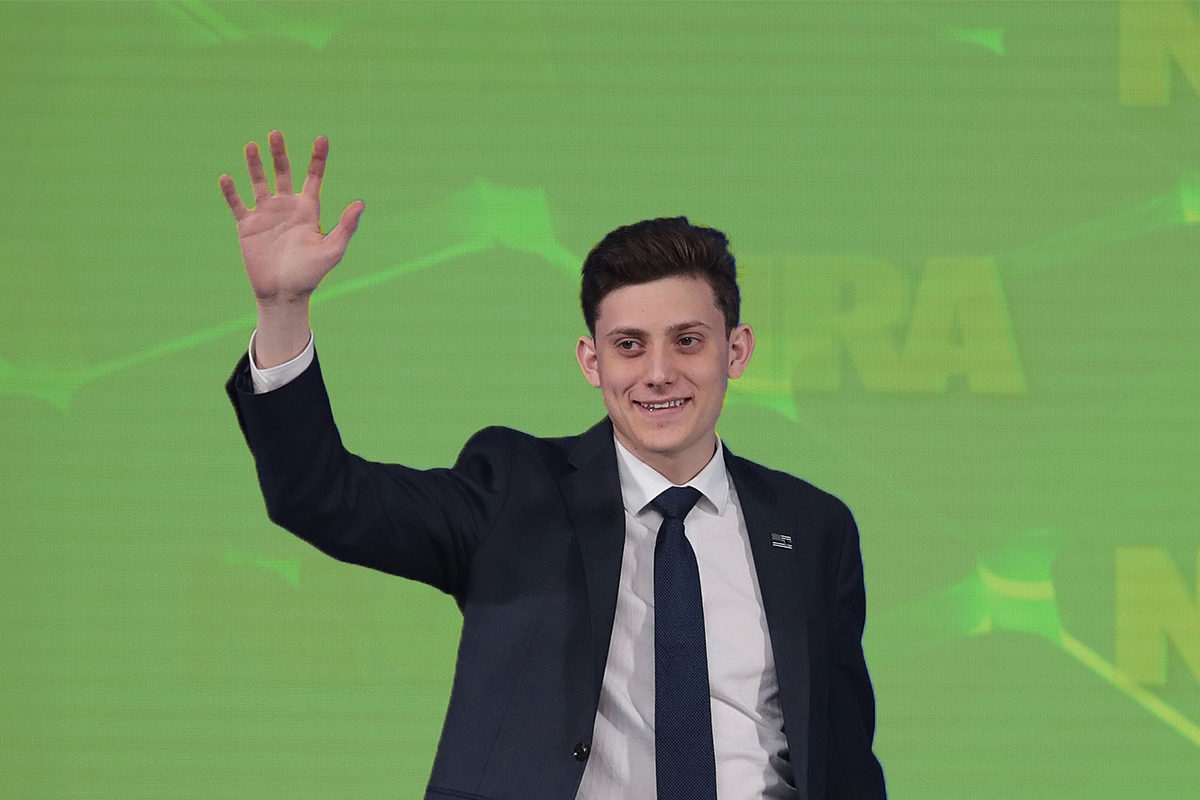 High school senior Kyle Kashuv survived the Parkland school shooting at Marjory Stoneman Douglas High School last year. Like many of his peers, Kashuv went on to become an activist — but in his case, for gun rights.

Unlike many of his fellow students — who came out of the shooting to start the March For Our Lives movement — Kashuv, 18, became an advocate for school security measures, rather than gun control. He met with President Trump after the attack and he became a poster child for the conservative movement. He got into Harvard and appears to be a very strong student who clearly displayed initiative and leadership.

But now, his acceptance to Harvard has been rescinded. According to The Washington Post, “The teenager announced on Monday that his acceptance had been rescinded because of racist and vituperative comments he had made online when he was 16, months before the shooting that would leave 17 of his classmates dead. In a Google Docs study guide that doubled as a freewheeling chat room, Kashuv repeatedly wrote the n-word, adding that he was an expert at typing the slur because ‘practice,’ he said, ‘makes perfect.’ He also made crude comments about women in private messages that were disclosed to the national media.”

This revelatory information came out last month, just before Kashuv’s graduation from high school. Kashuv responded that the information was sent to Harvard by his political enemies, and that the “callous and inflammatory language” he used when he was 16 was “not indicative of who I am or who I’ve become in the years since.”

Sure, people can change. I used to hate cream cheese, for example; now I can’t even imagine my bagel without it. But it’s important here to note that Kashuv is the former high school outreach director for Turning Point USA, a conservative group which, by the way, is roiled by accusations of racial bias.

Kashuv wrote on Twitter, “Harvard deciding that someone can’t grow, especially after a life-altering event like the shooting, is deeply concerning. If any institution should understand growth, it’s Harvard, which is looked to as the pinnacle of higher education despite its checkered past. Throughout its history, Harvard’s faculty has included slave owners, segregationists, bigots, and anti-Semites. If Harvard is suggesting that growth isn’t possible and that our past defines our future, then Harvard is an inherently racist institution. But I don’t believe that. I believe that institutions and people can grow. I’ve said that repeatedly. In the end, this isn’t about me, it’s about whether we live in a society in which forgiveness is possible or mistakes brand you as irredeemable, as Harvard has decided for me.”

Actually, Kyle, that’s not what this is about — not at all. This is about an institution exercising its ability to determine that, at the end of the day, character is more important than a person’s GPA. I find the racism here particularly abhorrent because Kashuv is Jewish — himself a member of a minority that’s been the target of plenty of hate, especially in recent years. Now is a time that’s ripe for developing muscles of empathy — instead, Kashuv is choosing to fight for his “right” to attend Harvard, claiming that he’s distanced himself from his mistakes, and that those claims alone should be satisfactory to Harvard.

Before I defend my opinion, it’s important to interject that this is not the first time that a Harvard admission has been rescinded due to an internet trail of stinking racism. Most recently, in 2017, Harvard rescinded admission offers to at least 10 kids after the students traded sexually explicit memes and messages targeting minorities in a private Facebook chat. According to The Harvard Crimson, “A handful of admitted students formed the messaging group — titled, at one point, “Harvard memes for horny bourgeois teens” — on Facebook in late December, according to two incoming freshmen. In the group, students sent each other memes and other images mocking sexual assault, the Holocaust, and the deaths of children, according to screenshots of the chat obtained by The Crimson. Some of the messages joked that abusing children was sexually arousing, while others had punchlines directed at specific ethnic or racial groups.”

Now, you could argue that the Kashuv case is somewhat different, as these kids were doing this crap after they got into Harvard. But I’m not convinced. I don’t think it makes a difference whether you show your true colors after you get into Harvard, or if you obfuscate them beforehand, purely in order to gain admission. Both are pretty problematic, in my opinion.

My political views diverge from Kashuv’s — there’s no denying that. When it comes to guns and appreciation for Trump, Kashuv and I are pretty much polar opposites. But my beliefs play no part in why I think he doesn’t belong at Harvard. At any school, diversity of the student body should be valued, and that includes intellectual and political diversity, too. That means that colleges should be conscious about accepting students of different ideological backgrounds, as well as those with varied racial, ethnic, and religious ones. I wouldn’t want to go to a school where everyone looked like me and agreed with me on everything, and I wouldn’t want my kid to have that experience, either.

But, to be clear, that’s not what we’re talking about here. A school makes decisions of admission based, in part, on demonstration of character. So, for example, if you lie on your application — either explicitly or by omission — that’s not going to work in your favor. And as eloquent as Kashuv may be now as he espouses a person’s right to change and grow, he comes up short in one category: remorse. There are few signs that Kashuv is sorry for what he did; instead, he seems that he’s simply sorry for having been caught doing it.

What if, in the first place, Kashuv had written his admissions essay about coming to terms with his earlier racist comments? What if he had explored how he has changed and grown since making those remarks, and why? That sounds like evidence of strong character — and, in my mind, would actually put him on strong footing to be admitted.

Character, after all, is what happens when no one’s watching. Character is wrought in the kiln of pressure, high stakes, and decisions that you’re forced to make when you have to go with your gut. Character isn’t a performance geared to elicit a certain result — in this case, revocation of a revocation of admission. Kashuv is presenting himself as someone who’s grown a lot from past mistakes, but you can’t grow from past mistakes on demand — particularly on the same day that Harvard admissions officers find out about those mistakes.

And the thing about character is that it’s much harder to attain than a 4.0 GPA. Yes, a kid’s grades from sophomore to senior year of high school are a tried and true testing ground for academic success — everyone knows that to get into a great school, you have to do the best you can in those years. But to be a good person, well, that’s a full-time job, isn’t it? That’s something all kids (and adults) have to tackle pretty much from the very beginning, back when you’re absorbing the lesson in nursery school that it’s not cool to bite your friend.

And, to make this point crystal clear: You can’t actually be a good person and a racist. Because, for the people in the back: You aren’t a good person if you believe in any way that other people are categorically “less than” you.

To me, what the Kashuv kerfuffle indicates is that we need to be doing better jobs as parents. Not only do we need to make sure that our kids aren’t racist little shits — sorry, but it is what it is — we have to actively make sure our kids don’t even LOOK like racist little shits. “Jokes” like this aren’t funny, full stop, and mistakes you make as a kid will follow you forever in our internet age. Yes, it may not be fair and it’s definitely not ideal, but it’s also a basic fact about reality at this point.

So take some time and talk to your kids about racism, about what they put online and about how it has a long-term impact — I know I’m going to be sitting down with mine tonight. Because they need to know and understand not only the obvious point that they shouldn’t be shits, either online or anywhere else, but also that any and all “just a joke” stuff that they leave on the internet will guarantee that the joke is on them — possibly forever.