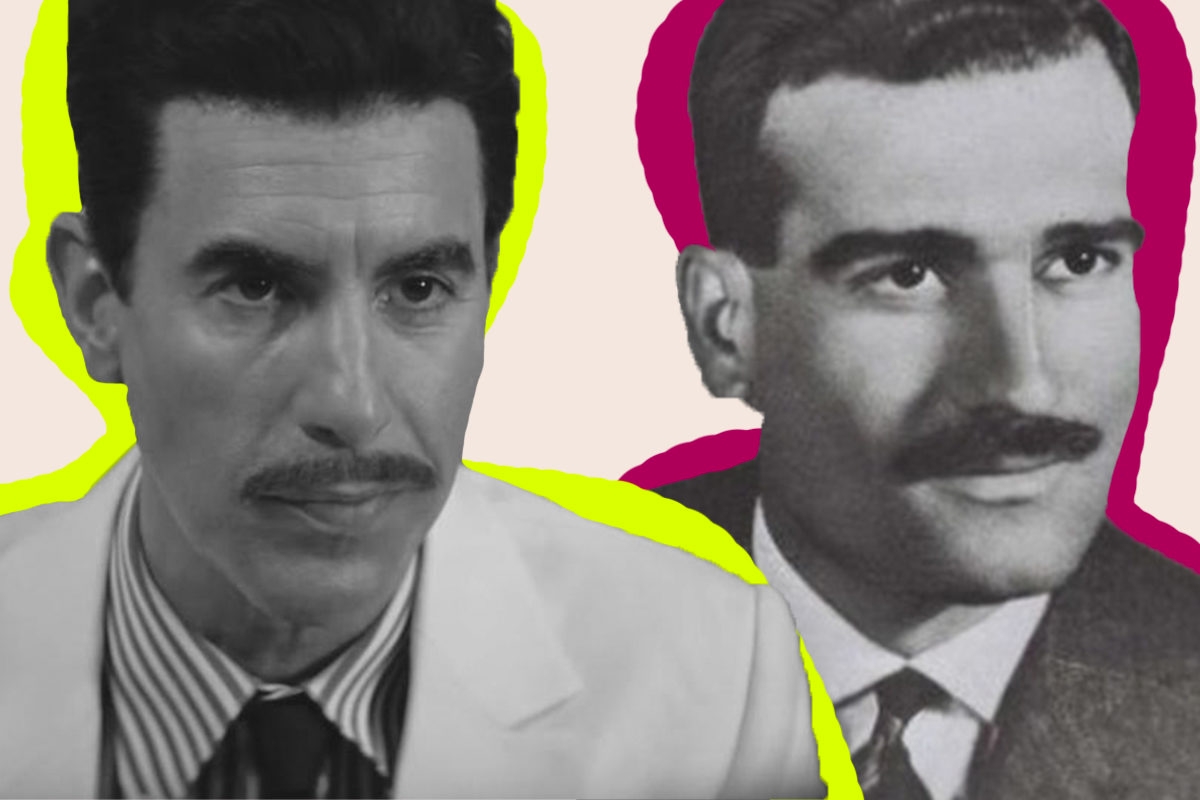 Jewish actor Sacha Baron Cohen is going undercover again — and no, it’s not for a Borat sequel.

This time around, Baron Cohen, 47, is using his talents for a dramatic role in a based-on-a-true-story Netflix series about a famous Israeli spy.

Set in the 1960s, The Spy tells the story of Eli Cohen, a Jewish-Egyptian Israeli immigrant turned spy who was executed for his espionage work in Syria. Before his death, he managed to provide Israel with their enemy’s military secrets.

Known for playing a myriad of chameleonic characters — see Borat, Bruno, and Who Is America? — it’s not so far fetched to cast comedian Baron Cohen as The Spy’s protagonist. Yes, It’s a shift in genre, but the Jewish dad’s previous work has seemingly prepared him for his latest role as an undercover Israeli spy — after all, portraying a believable persona is a crucial aspect of a spy’s duties. (Or, um, so I’ve heard.)

In an interview with NPR reporter Steven Inskeep, Baron Cohen — who has three kids with his wife, Isla Fisher, 43 — said he was attracted to the role because of the real-life spy’s excellent acting skills: “He was playing the role of a multi-millionaire businessman who’d been brought up in Argentina from Syrian descent, and maintained that persona for many, many years.”

When the Mossad recruited Cohen to join Israel’s national intelligence agency, he was given the alias Kamel Amin Thaabet and went undercover as a Syrian-Argentine businessman. Over the course of four years, he developed close relationships with political hierarchy and became the chief adviser to the Minister of Defense.

Spoiler alert: The end of Cohen’s story is incredibly tragic. Concerned that his real identity would be uncovered, Cohen filed a request to terminate his assignment during his last secret visit to Israel in 1964. The reason for the trip was to share the information he collected from Syria with the Mossad, and to witness his wife give birth to their third child. The Mossad denied Cohen’s request and made him return to Syria one last time. Before leaving, he promised his wife Nadia that it’d be his last trip. He was right. A few months later, he was publicly hanged in Damascus.