9 Celebrities Who Famously Converted to Judaism 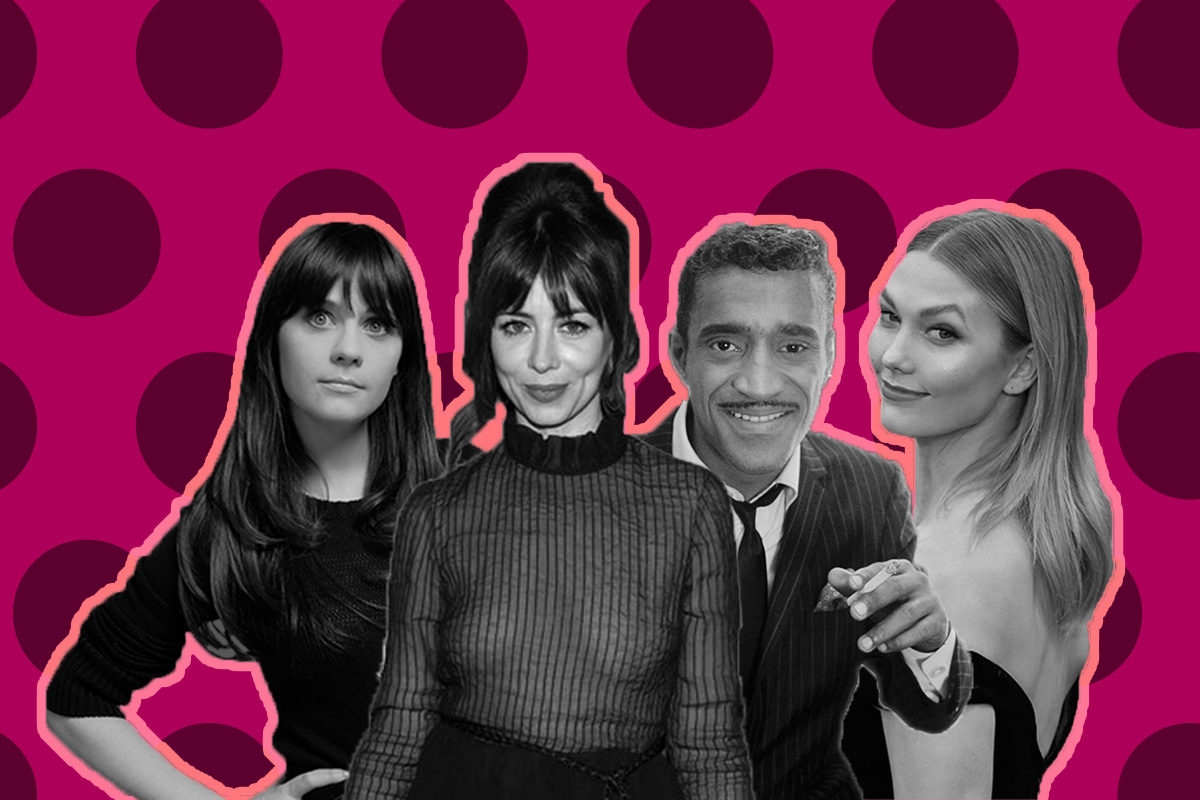 Shavuot, which occurs seven weeks after Passover, celebrates the Israelites’ acceptance of the Torah from Mount Sinai.

This year, the holiday begins the evening of Saturday, June 8th. On the second day of this ancient pilgrimage holiday, it’s customary to read the Book of Ruth. Why? Because the protagonist of the story is the first biblical woman to convert to Judaism. (Abraham is arguably the first person to do so.)

To familiarize ourselves with just how badass Ruth is, here’s a quick synopsis of her life story: Ruth, a non-Jew, marries Mahlon, the son of Naomi and Elimelech. She converts to match her husband’s faith and, after he dies, Ruth follows her mother-in-law Naomi to Bethlehem.

OK, cool. So why do we read the Book of Ruth on Shavuot? The most commonly cited reason is that Shavuot — which used to just be a harvest holiday — fell around the same time that Ruth traveled to Israel with Naomi, and that her conversion to Judaism is thus comparable to the Israelites acceptance of the Torah.

Being a convert, after all, takes serious guts and commitment. And although Judaism is strict about not calling out someone’s life, pre-conversion, sometimes people need guidance when going through a huge transition. And who better to look to than celebrities, who are already in the public eye?

In honor of Shavuot and Ruth’s conversion, here’s a list of nine celebrities who’ve famously converted to Judaism.

A master of all trades, the late Sammy Davis Jr. is remembered as a musician, dancer, actor, comedian, activist, and as one of the most famous celebrities to convert to Judaism. Known as “Mister Show Business,” one of Davis’ most iconic quotes occurred when he was on a golf course with Jack Benny, a fellow Jewish comedian, who asked Davis what his handicap was. “Handicap?” Davis said. “Talk about handicap, I’m a one-eyed Negro Jew.”

As the story goes, Davis’ conversion was sparked by a serious car accident in 1954. While recovering from his lost eye in a hospital, “The Candy Man” Singer read a passage in Paul Johnson’s A History of Jews that really resonated with him: “The Jews would not die. Three centuries of prophetic teaching had given them an unwavering spirit of resignation and had created in them a will to live which no disaster could crush.”

You can read more about Davis’ commitment to Judaism here.

A common misconception is that Elizabeth Taylor converted in order to marry the Jewish actor and singer Eddie Fisher. Actually, the British-born film legend started the process after her third — also Jewish — husband Michael Todd died in a plane crash, and a year before she married Fisher. Taylor underwent a formal conversion when she was 27 at Temple Israel in Hollywood, Haaretz reported.

What did it take for Taylor to convert? Well, Rabbi Max Nussbaum, a Holocaust survivor who was initially meant to convert Sammy Davis Jr., had Taylor attend services for over a year, and asked her to read a handful of books about Judaism. Once she officially converted in 1959, the The Taming of the Shrew star adopted the Hebrew name Elisheba — “God is my oath” — as well as Rachel.

Even after her marriage to to Fisher ended, Taylor continued to practice Judaism, the Daily Beast reports, and had a Jewish burial when she died in 2011. “It was something I had wanted to do for a long time,” Taylor said.

America’s most iconic blond bombshell converted to Judaism in 1956. Marilyn Monroe began her process before her marriage to Jewish playwright Arthur Miller, and studied with his rabbi, Robert Goldburg, who also officiated the couple’s wedding. The Playboy cover star had a tumultuous relationship with her parents, so for her, joining the Jewish community was a way to embrace family, Religion News reports.

Even after Monroe divorced Miller in 1961, the actress stayed committed to Judaism, and kept the musical menorah on her mantle that Miller’s mother gave her as a conversion present.

Australian actress Isla Fisher, raised Methodist, converted to Judaism prior to marrying her very Jewish husband, actor/comedian Sacha Baron Cohen. Fisher was engaged to the Borat star in 2004, and the couple had a daughter the same year she converted in 2007, and they officially said their vows in 2010.

Fisher, 43, adopted the Hebrew name Ayala — “doe” — and keeps kosher in her observant household. “I never saw it as a losing or gaining situation, just an embracing situation,” the Wedding Crashers star told The Week about converting. “If one wanted to be buried next to one’s beloved and they were Jewish, then one would have to be Jewish, too.”

Model Karlie Kloss, 26, recently underwent a conversion prior to marrying her husband Joshua Kushner in 2018. (Perhaps you’ve heard of Joshua’s brother, one Jared Kushner?) The Victoria’s Secret model told an audience member at Watch What Happens Live with Andy Cohen that, after a six-year courtship with Kushner, “I joined the tribe, mazel!”

Kloss’ sister-in-law, Ivanka Trump, AKA the president’s daughter, also converted before marrying a Kushner. Trump and Jared Kushner started dating in 2005, but, being that Kushner came from an Orthodox family, their faiths tore them apart in 2008. Significant pressure was put on Trump, 37, to convert to Judaism because Kushner’s parents highly disapproved, according to Vicky Ward’s book Kushner, Inc. Ward wrote that to test her devotion to their son, Seryl and Charlie Kushner made Trump’s conversion process as challenging as possible through an Orthodox rabbi.

In 2009, she officially converted to Orthodox Judaism after studying with Eli Weinstock from the modern Orthodox Ramaz School, and adopted the Hebrew name Yael, which means “mountain goat.” Kushner and Trump have three children — Arabella, Theodore, and Joseph — who are being raised in an observant household.

Catholic born Natasha Leggero, 45, has become one of our favorite Jewish moms. The comedian converted to Judaism before marrying fellow comedian Moshe Kasher, who was raised in an Orthodox household. In an interview with talk show host Conan O’Brien, the Another Period star said she completed 19 four-hour courses to convert to Judaism with students who were “genuine seekers” and “young beautiful women being forced to go by their older fiances with turkey necks.”

In 2018, Leggero and Kasher, 39, welcomed a baby girl into their household. “Judaism’s a beautiful religion,” Leggero told O’Brien. “You get to have a weekly Shabbat, which is like a party every Friday… You’re part of this beautiful religion, steeped in culture.”

Remember sometimes people will doubt you, second guess you and your faith. Let them. Show them what the lord has made you capable of. Be unshakeable. Be brave. ✡️

Sadly, anti-Semitic trolls led Jameson, 45, to quit Twitter: “My sobriety and faith are the most important things to me. I am being attacked for my faith. Being Jewish. I must protect my love for G-d above everything, my sobriety and strength stem from him and his grace,” she tweeted. A mom of three, Jameson shares her daughter Batel — “daughter of God” — with Bitton.

A month before her beautiful daughter Elsie was born, actress Zooey Deschanel joined the tribe. Like so many women on this list, the New Girl star’s husband, producer Jacob Pechenik, is Jewish. In 2017, Deschanel, 39, and Pechenik welcomed a son, Charlie.

Happy Chanukah y'all!!! Photo by @sofifii