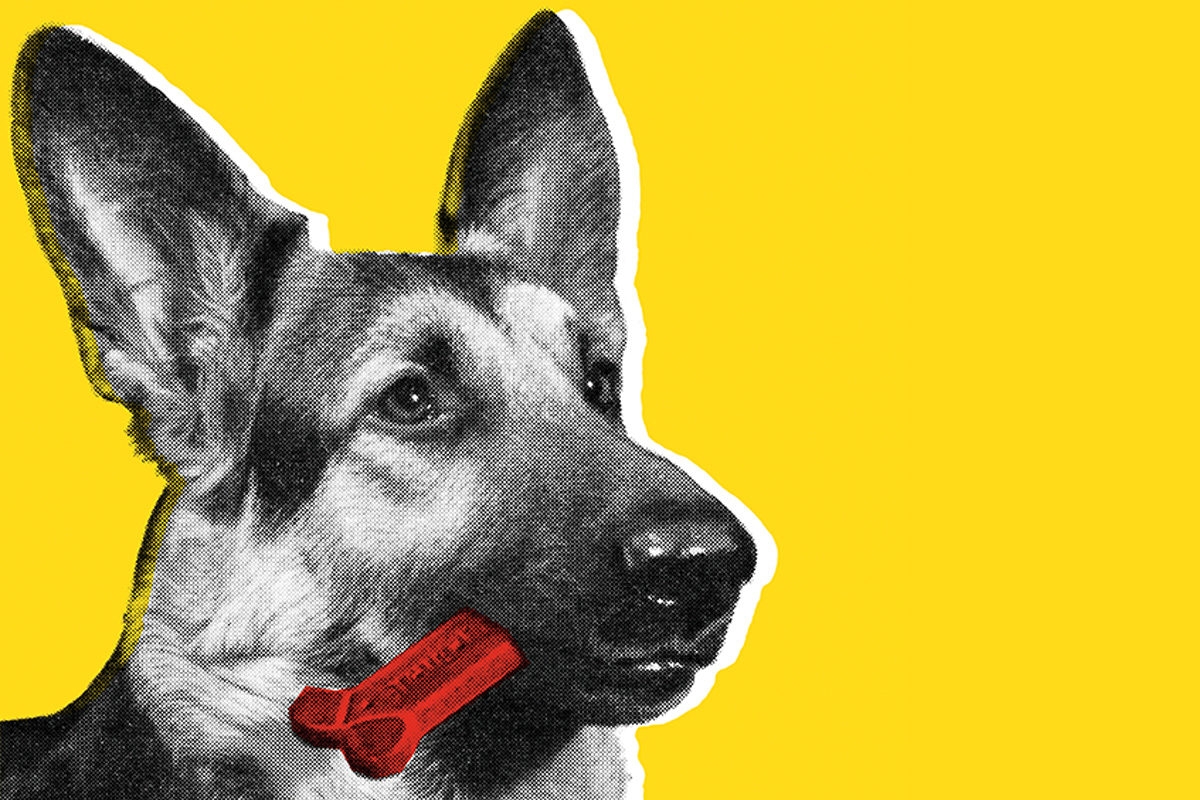 Our house feels unnaturally quiet tonight. Gone are the sounds of paws shuffling across the wood floor, the clang, clang, clang of a collar jostling to and fro, the gentle lapping of water heard echoing through the halls at all hours of the night.

Gone are the snores and the groans, the dream-induced growls, and the canine purrs that permeated our room each night. The foot of our bed sits empty, no trace of drool or hair or food bits to be found. Water bowls, scattered randomly around the house, remain stationed in their places, but stand unused, and untouched.

Tonight, there is no discussion — heated or otherwise — about who took the midnight shift yesterday; no bedroom negotiations bartering walks for morning snooze time; no worrying over whether the medicine was administered in the just-right fashion.

We let our adored dog, Dubi — named for the Hebrew word for teddy bear, and not that kind of doobie — a 13-year-old Wheaten Terrier, go this morning, after a long stretch of close calls, near misses, and seemingly miraculous turnarounds. His health had declined, sharply, over the past year; after one particular illness last summer, he never quite bounced back. But he did return to some semblance of normalcy, trotting outside, vacuuming his food, angling for treats and cheese every chance he got. He even still had a few tricks up his sleeve.

We had always affectionately called Dubi our “circus” dog, as he loved to show off his marvelous tricks to anyone who would watch. Of course, nothing he did was truly extraordinary: he would sit, lie down, and — wait for it — shake hands. He could catch a flying treat with the best of them. In our eyes, Dubi was ready for Westminster!

And Dubi, determined as ever, insisted on playing these games — long after his coordination waned and his eyesight dimmed. Even when the treats would land on his head, his nose, or at his feet, he would continue to look up for another go. But a few months ago, even Dubi understood he could no longer lunge for treats, no matter how hard he tried. He was simply too frail and too rickety. Soon he stopped requesting them altogether.

Watching a beloved pet age is a terribly painful enterprise. Given that their lives are so compressed, it feels like their prime was literally just yesterday. And in many regards, it was. In Dubi’s searching eyes, I still saw a rambunctious puppy, jumping eagerly on every person who entered the room and showering them with a zillion licks and kisses. I still saw him racing after our kids and barking at the cars out the window. For so long, he was ageless — until the day he wasn’t.

Compared to us two-legged folks, dogs live relatively short lives. In the span of maybe 12 or 14 years, if we are lucky, they live out an entire life, from birth to death; from health to infirmity; from joy to pain; from light to dark. We got 13 years, and they passed in a flash.

And boy, were those 13 years formative. Bringing Dubi home was the official start of our family. He was our first “child,” and he taught us about what it meant to care for another being, what it meant to sacrifice our time and energy for a living creature, who depended upon us for his every need. He showed us what it meant to love unconditionally and be loved unconditionally in return. He taught us about boundaries and discipline and the need for structure; about consistency, about flexibility, about having a sense of humor when the going gets tough.

Dubi reminded us that life is messy — literally and figuratively — and that our yearning to keep things neat and orderly would be frustrated time and again. He compelled us to embrace the chaos, hard as it was, because there was no getting around the grimy paws or the stained rugs. From the moment Dubi entered our lives, our floors would be perpetually scratched and our furniture permanently rumpled and frayed. Dubi urged us to let go of our need for perfection and preciousness, and to give in to the unpredictability of life. The learning curve was steep but worth every climb.

As Dubi lay in our arms, his breathing labored, his legs extended and stiff, his eyes unwilling to open, we felt a closeness that both broke and swelled our hearts. His life was so bound up in ours, and his world was indistinguishable from our own. In our 13 years together, Dubi had seen all our children — now ages 12, 9, 7, and 4 — come into this world, and faithfully watched each of them grow. None of them knew a life without him. And none of them really knew just how to say goodbye. But as we stroked his fur, we felt him saying to us, wordlessly, that his time was near.

The Jewish theologian Martin Buber, who described God as being manifest through relationships, once famously wrote in his book Between Man and Man about experiencing the Divine while petting his beloved horse: “I must say that what I experienced in touch with the animal was the Other…when I stroked the mighty mane…and felt the life beneath my hand, it was as thought the element of vitality itself bordered on my skin…”

We, too, felt God in our final moments with Dubi, as our love enveloped him and his love reached us for the very last time.