Season Two of ‘My Unorthodox Life’ Is Coming Super Soon 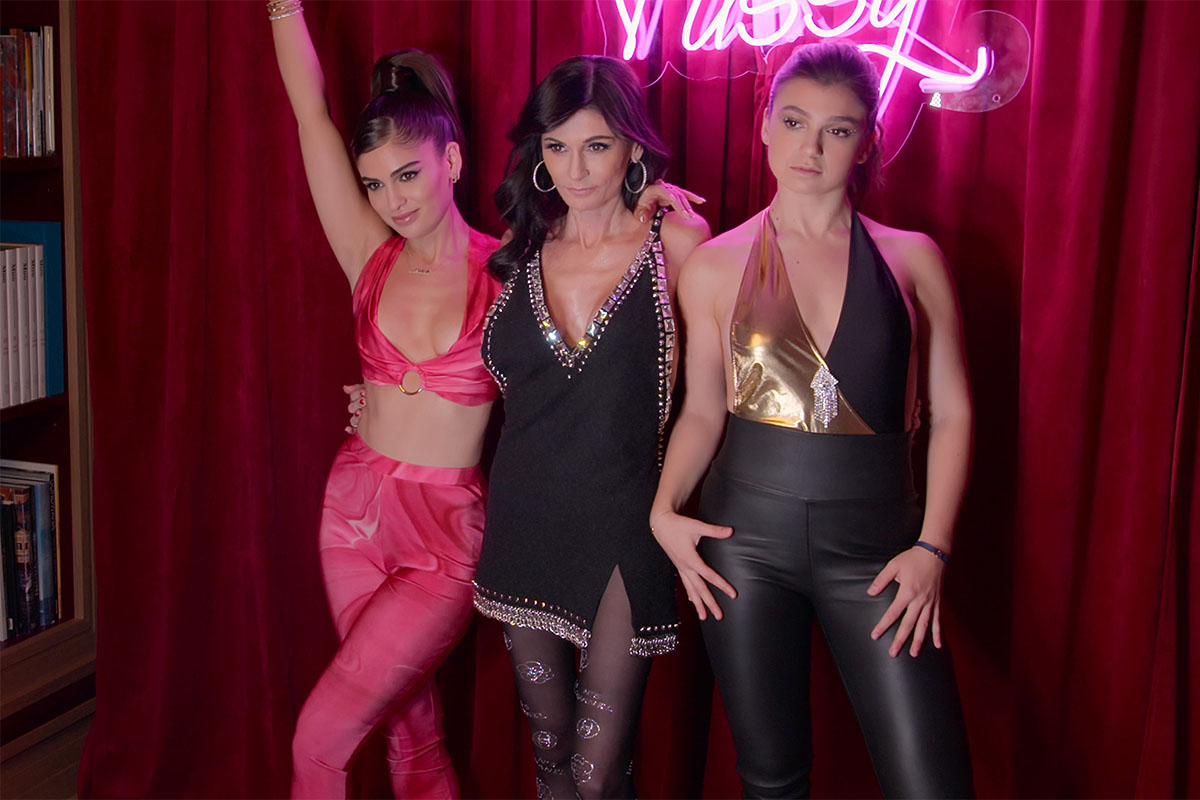 For those of you who binged the first season “My Unorthodox Life,” the reality TV show about former Orthodox fashion mogul Julia Haart, we’ve got good news. More drama (so much drama!) is on its way, and it’s coming soon!

Season two of the popular show will be coming to Netflix on December 2, and boy has there been a lot of changes in the lives of the Haarts since season 1 premiered all the way back in July of 2021.

First of all, as you may have heard, Julia Haart, the matriarch of the family, got divorced from her husband Silvio Scaglia back in February of this year. Haart filed for divorce on the same day that Scaglia fired her from Elite World Group, of which she was co-CEO, all in front of the cameras of Netflix’s crew. Scaglia has refused to be a part of the show’s second season, and their divorce was contentious, with Haart not only being fired, but alleging abuse and accusing Scaglia of unhinged behavior. She has claimed that Scaglia was angry at the fact that Haart’s youngest son, Aron, was Shabbat observant, allegedly telling her, “I don’t like Shabbos and I don’t want it in my house.”

For his part, Scaglia has accused Haart of misusing company finances — allegations that Haart denies. This summer, Haart sued Scaglia for $275 million, claiming he defrauded her out of their business. Their former joint penthouse was put on the market for $65 million dollars.

Julia’s oldest daughter, Batsheva, has also gotten a divorce since season one aired. She divorced her husband of nine years, Ben, in November of 2021. The two got married at 19 when they were both still part of their Orthodox Jewish community. Upon the announcement of their divorce, the two wrote on Instagram that “there are no secrets nor salacious events to blame. We are just two best friends who met at a very young age and have grown over the past 9 years each in our own way.”

But the new season will not be all about breakups — it will also explore new relationships, like Haart’s daughter Miriam’s relationship with Swedish tennis player Nathalie Ulanger, her first serious relationship with a woman. (The two no longer seem to be together, as Miriam recently identified as queer and single in an Instagram post.) Julia’s first ex-husband and father of her kids, Yosef Hendler, also got remarried a couple of months after the first season aired to florist Aliza Schulhof. All four children attended their father’s wedding and shared their well-wishes for him and his new bride on social media.

A lot of other things have happened in the world of the Haarts since the first season aired. Batsheva and Julia started a regular cooking and drink mixing series on Instagram. Julia released her book, “Brazen.” Aron became a religious influencer on Instagram and beyond.

Miriam graduated from Stanford and launched her own podcast, “Faking It,” which covers a wide range of topics. In one of the episodes, she talks about sex with Julia; in another she opens up about having an eating disorder; in another she discusses veganism; and in yet another she talks with a human trafficking survivor.

The family also won $25,000 on Celebrity Family Feud, which they donated to an anti-child marriage group.

According to Netflix, the second season of “My Unorthodox Life” will explore Silvio and Julia’s heated and contentious battle for control over her business. The teaser from the streaming service asks, “Will she lose everything or gain more than she could ever imagine?”

Just like in last season, Aron’s continued religious observance will be a source of tension, with Netflix saying that Julia will try to “dissuade her son Aron who is determined to drop out of secular school to attend Orthodox yeshiva full-time.”

In some teaser photos for the new season, Julia is seen being comforted by her kids with two loaves of challah nearby, Miriam and Nathalie kissing while holding tennis rackets, and Batsheva, Miriam and Julia looking fabulous together at an event underneath a neon sign that says the words “Love” and “Pussy,” so we have to assume this season will talk about sexuality just as much as the last.

While Silvio is not returning this season, Julia’s intrepid queer assistant, Robert, will be. He’s also holding an “Unorthodox Christmas Cabaret” in New York City, where he promises to dish about the show’s next season, on November 30.

We know that season one drew a lot of mixed reactions, especially from observant Jews who didn’t like the way the show portrayed Jewish Orthodoxy, with Julia calling it extreme and fundamental. In an interview with JTA last year, she said, “I’d always been very proud of being Jewish, I loved my Jewish identity. I just didn’t know that that meant I had to cut myself off from the rest of the world.”

It’s likely that the second season of the show will delve into all the same topics that drew ire from some Jewish viewers.

For Julia, however, the show is at its core “about family, and the love between me and my children,” she told ET. “Now, more than ever, you will see how we are all helping each other through the good times and the tough ones and I cannot wait for you to watch.”