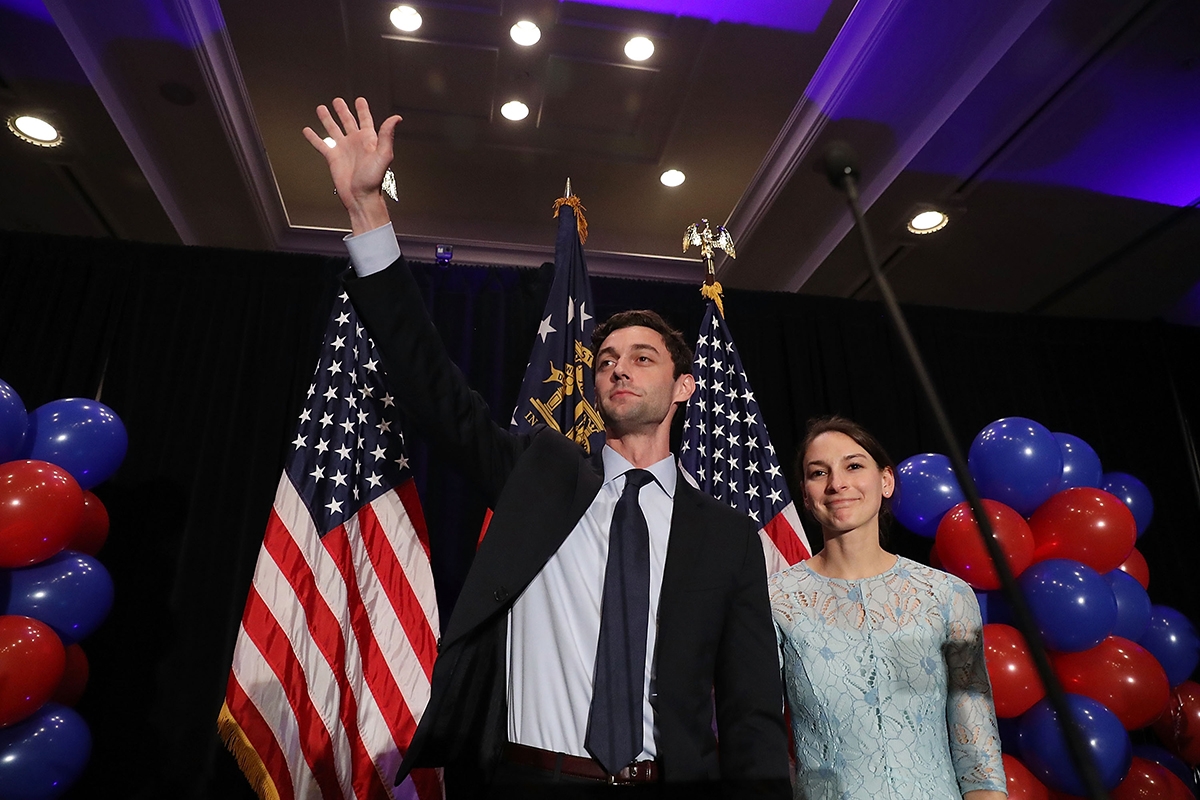 This morning Ossoff, known for being the first millennial in the senate, tweeted, “Alisha and I are overjoyed and totally in love with Eva Beth Ossoff, our first child, who arrived Friday evening. Alisha and Baby Eva are both doing well. We appreciate everyone’s well wishes! 💕”

Alisha and I are overjoyed and totally in love with Eva Beth Ossoff, our first child, who arrived Friday evening.

Alisha and Baby Eva are both doing well.

First off, let’s talk about that beautiful Jewish name. Eva comes from the Hebrew name Chava which means “living” and also invokes the first woman God created in the Bible. Beth means “house or home” in Hebrew and is the second letter of the Hebrew alphabet.

While this is Dr. Alisha Kramer’s first child, she actually hangs out with babies all the time through her work as an OB-GYN in Atlanta. Kramer was actually working an overnight shift when her husband won his senate seat in January. In his victory speech, Ossoff mentioned, “I want to thank my wonderful wife Alisha who as we speak is at the hospital helping Georgia mothers deliver healthy babies, helping save lives.”

Kramer has been an activist in Georgia for years, testifying against the “heartbeat bill” in the Georgia state senate in 2019, which made abortions illegal once a heartbeat could be detected — consistent with the Jewish case for abortion access.

The new parents, who were married in 2017, dated since they were teenagers. They are undoubtedly a power couple, and while those of us with a crush on Ossoff may be jealous, Kramer is most likely who Ossoff was winking at in his infamous swearing-in ceremony. We cannot stand this cuteness.

I mean, look at them:

As Georgia’s first Jewish senator, Ossoff really leans into his Jewish identity. He was sworn into Congress on a Hebrew Bible that once belonged to Rabbi Jacob Rothschild, an ally of Martin Luther King Jr. and leader of Atlanta’s Hebrew Benevolent Congregation Temple, which was bombed by white supremacists in the 1950s.

We are sending all our best wishes to these new parents and their growing Jewish family. Mazel tov!