Seth Meyers’ Baby Has a Lot of Chutzpah 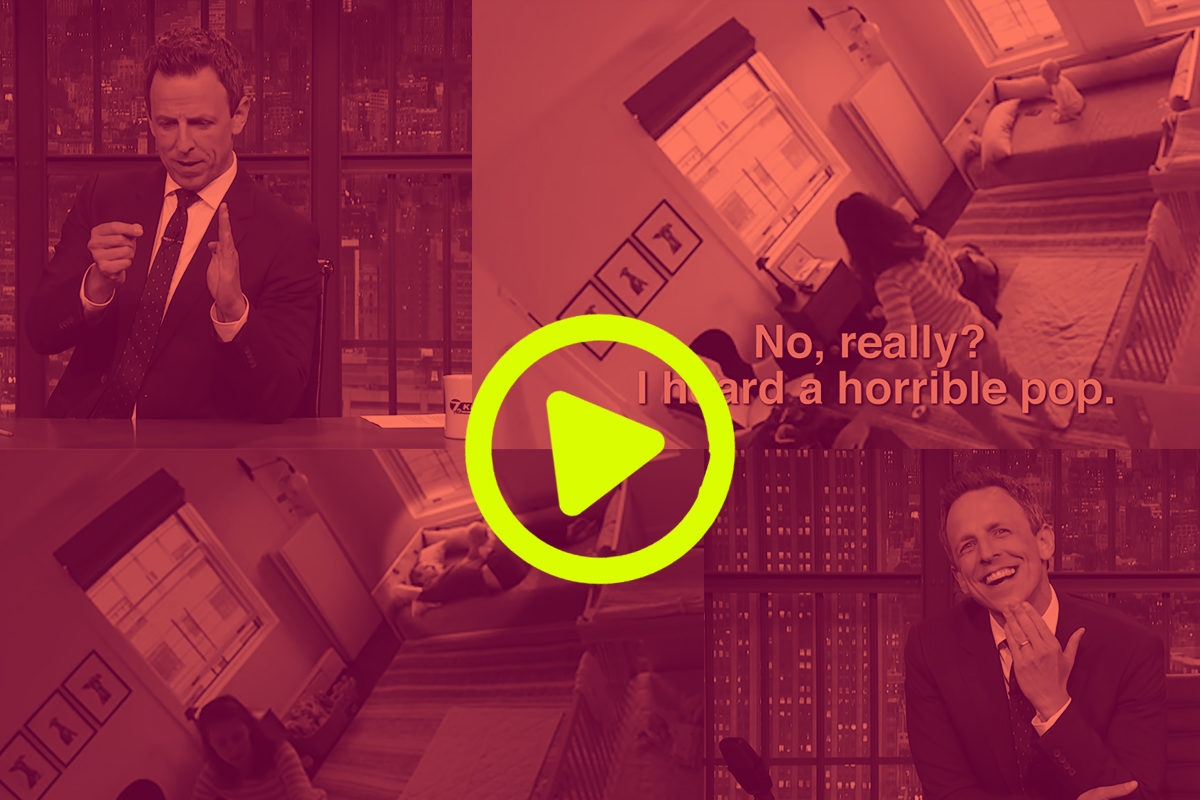 When Seth Meyers isn’t on TV or getting drunk with Ina Garten, he’s at home with his family. Seth and his wife, lawyer Alexi Ashe, have two sons: Ashe, born March 2016, and Axel, born April 2018 in the lobby of their apartment. (Watch Seth tell the story to Jimmy Fallon here.)

Seth isn’t Jewish, but Alexi is, and the couple plans on raising their kids Jewish. And Axel — whose full name is Axel Strahl Meyers — is named after Alexi’s grandparents, who are Holocaust survivors.

“I never met my wife’s grandparents, but I’ve heard so much about them, and they were Holocaust survivors who met the day after they were liberated. They met in the hospital in Austria and [on] days like this… when someone was born, you just have such an appreciation for everyone in your lineage who lived so that you could have this moment,” Meyers explained.

As it turns out Axel, who just turned 1, is back in the news, this time with the funniest video you will watch all month (we promise): a nanny cam video of Axel throwing an iPhone at his Dad’s face.

We’ve all been there, but watching the live footage as well as Seth’s breakdown of the events is guaranteed to put a smile on your face. (And if you’re faint of heart, know this: Seth and Axel are 100 percent fine following the incident.) Enjoy!