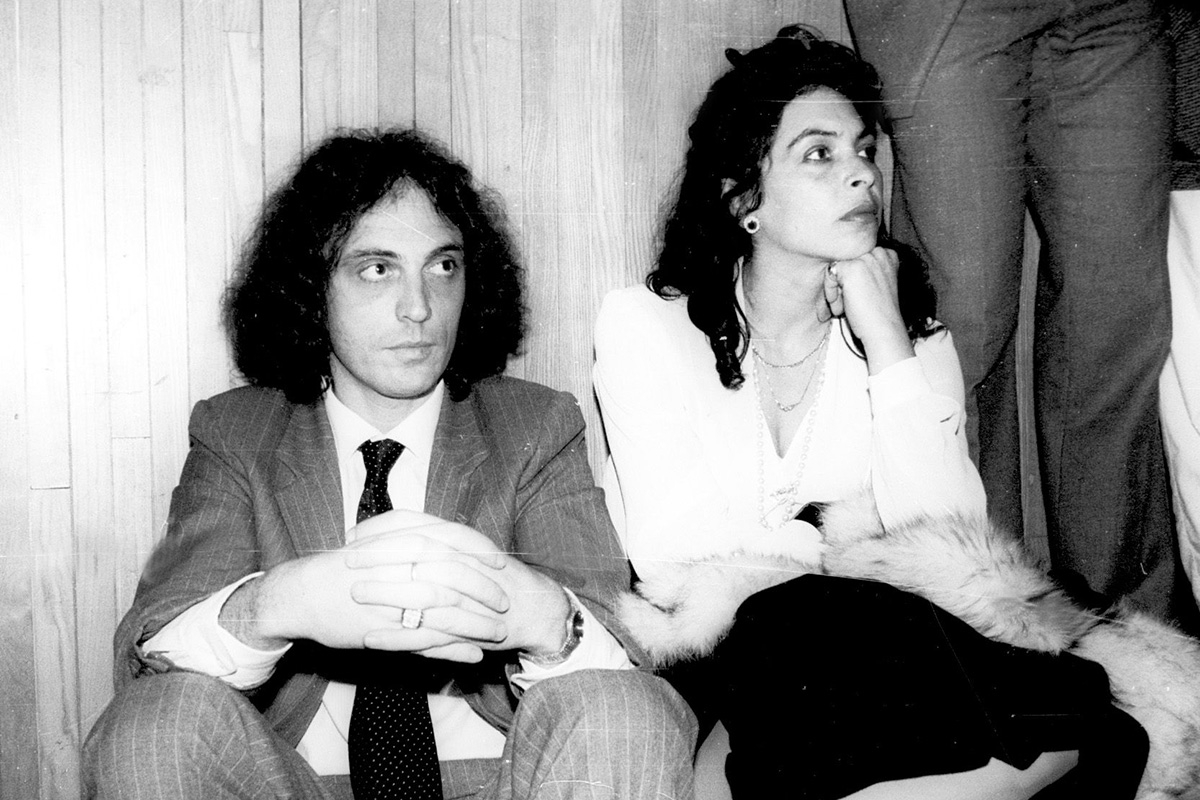 He was known by some as “The Maestro.” He helped Israel win Eurovision. He wrote countless iconic and unforgettable songs, both for himself and some of Israel’s biggest stars. One of those songs, “Mary Lou,” even became the inspiration for a musical based on his songs. And yes, he was Quentin Tarantino‘s father-in-law — the father of the director’s Israeli wife, Daniella Pick.

Svika Pick passed away this past weekend at age 72 in his home. Pick was working on reviving his career after a terrible stroke four years ago, after which he had to completely relearn how to speak Hebrew. He was optimistic and even hoped to collaborate with Israeli pop icon Noa Kirel on her upcoming Eurovision song.

Pick was born in Poland and came to this country when he was 8 years old with his very musical family. He started performing as a teen and was known for his long wild hair and unorthodox sense of fashion.

He first rose to fame in his role as the lead in an Israeli production of the musical “Hair.” Some of his most well-known songs include “Muziqa (Mala Mala)” (“Music (Higher and Higher)”), “Ein Medina Le’Ahava” (“No Country for Love”), “Neesaf Tishrei” and, of course, “Mary Lou,” which was written in collaboration with and about his first wife, Mirit Shem-Or. He also wrote smash hits for some of Israel’s most beloved musicians, from Gali Atari to Sarit Haddad.

One of the highlights of his career was writing “Diva,” the song that won the 1998 Eurovision. It was performed by the Israeli singer (and diva!) Dana International, who also made history as the first trans woman to win the competition. International eulogized Pick on social media, saying that despite the rift that formed between them after the song contest, “I always loved you.”

In Israel, Pick was definitely more of a cultural icon than his son-in-law — his songs were far more ubiquitous than the director’s movies. Still, the father of five has some really sweet things to say about both his daughter and her director husband.

When he was first asked about the moviemaker back in 2009, when Daniella and Quentin first met and briefly dated, he gave some pretty good parenting advice about how to deal with your children’s love life.

“I didn’t tell Daniella a word. Not for or against Tarantino,” he told Pnai Plus. “Parents shouldn’t involve themselves in this way in their children’s life. If I thought Daniella was doing something abnormal, I would speak my mind. When there’s a conflict with people, I speak my mind, but not in a situation like that.”

Still, Pick couldn’t help but kvell about his daughter: “We’re talking about two people here who met and he found what’s in her and she in him. Daniella is just so amazing that it’s not surprising that a person came and from all the starlets around him who want something, he got excited about her — someone who isn’t looking for anything related to career.”

In 2017, when the couple reignited their romance and became engaged, Pick spoke about Tarantino in an interview for the same magazine: “He’s a magical person and I really fell in love with him. A great guy… Intelligent and funny. They’re a really beautiful, really lovely couple.”

The musician was especially moved when his daughter brought her Hollywood husband to listen to his concerts — “Daniella brought him to my concert and I was shocked because he knew my music. He either did his homework or Daniella made him listen,” he said.

Pick leaves behind five children: a boy and two daughters from his first wife, frequent musical collaborator Mirit Shem-Or, and two young sons, who are just 8 and 5, with his second wife, designer Sharon Manor. He had eight grandchildren.

Pick loved being a father and spending time with his kids and grandkids. He also wrote some amazing music for children, including the song “HaSabon Bacha Me’od” (“The Soap Cried a Lot”… yes, it’s about a boy who doesn’t want to shower) and ״Shnei Tapuchim” (“Two Apples”).

“Svika was a revolutionary artist of his generation, a pillar of Israeli pop. Svika died today, but his songs and music that are left behind will continue to be played for many years,” Israeli prime minister Yair Lapid said after his passing.

If you, like Tarantino, want to listen to Pick’s music, which I highly, highly recommend, you can start listening to it on Spotify or Apple Music. You will definitely understand the hype.

May his memory, like his music, forever be a blessing.