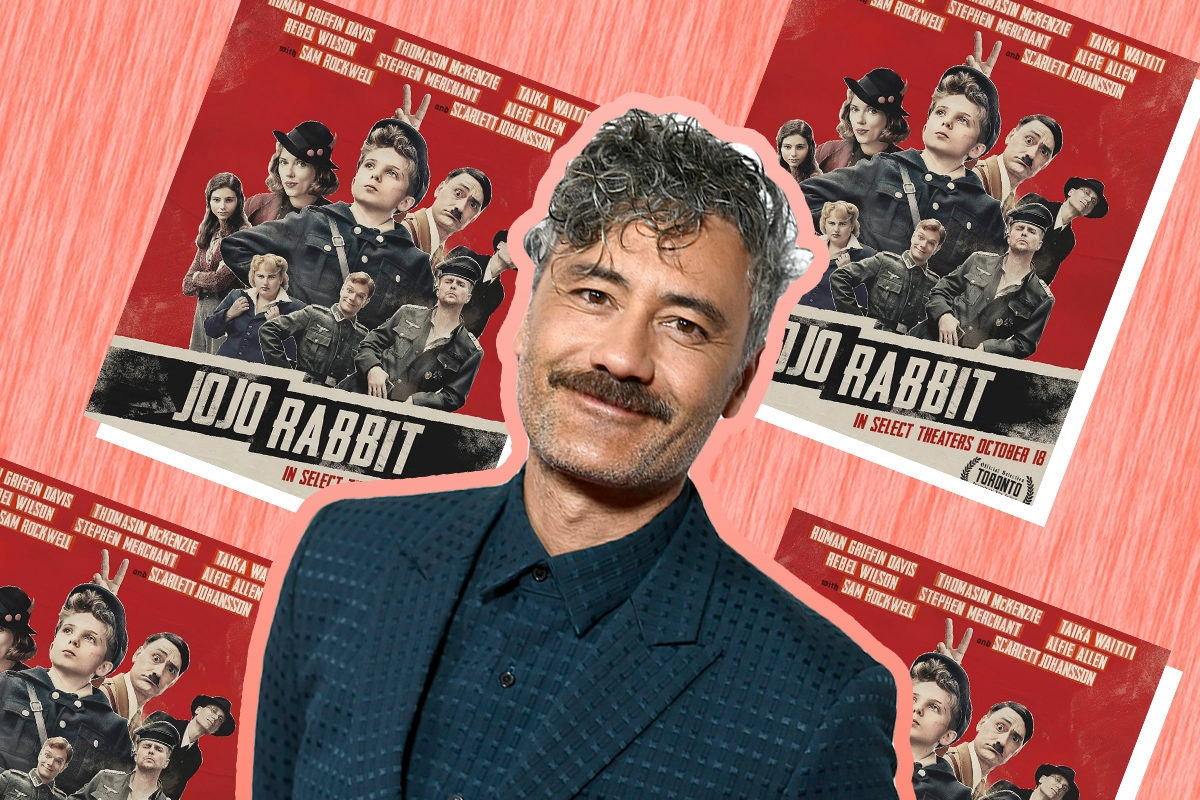 Director Taika Waititi’s latest movie, Jojo Rabbit, is story about a young boy whose imaginary friend is — wait for it — Adolf Hitler.

But at its core, the Jewish-Māori director says the film is an ode to single mothers — specifically, Waititi’s own mother, Robin Cohen, who comes from a family of Russian Jews.

“The film is more of a love letter to mothers, especially single mothers,” Waititi explained to the crowd at the Toronto International Film Festival premiere of the movie. “I grew up with a single mom.”

Here she is with the Thor: Ragnarok director in an adorable, oh-so-80s throwback picture:

Happy Father's Day, Mum! #BestDadEver. This was taken when I accompanied my mum to a school dance as a member of the baseball gang from The Warriors. I have since watched The Warriors. 😳

You see, the movie’s main character, a 10-year-old boy named Jojo Betzler, is the son of a single mother, Rosie, played by real-life Jewish mom Scarlett Johansson, who herself says she found inspiration for the role through her own experience as a single mother of a 5-year-old.

Rosie, according to Waititi, is by far the best character in the movie — she’s the “only grounded character.”  While her son, Jojo, is obsessed with Hitler and is made to believe that Jews are monsters, his mother shelters a Jewish girl, Elza, in their attic. When Jojo meets Elza, his preconceptions about Jews are shattered.

What’s more, it was Waititi’s mother who came up with the idea for Jojo Rabbit. You see, Waititi’s mother  read Christine Leunens’ novel, Caging Skies, a story of a Nazi boy who falls in love with a Jewish girl that his family hides in their attic. Cohen then tried to explain the plot of the book to her son. But, she (very adorably) depicted it wrongly, and actually created a more alluring and exciting version of the book in her head.

“The way she described it, I said, ‘Mom, what a great film idea.’ And then I read the book, and the book — it is incredible, but it wasn’t exactly how my mom described,” Waititi said. “So when I tried writing [it], I started tapping more into the way she explained this book — which was all wrong… I don’t know if she actually read it.”

And so, Waititi added a lot of edgy humor to the story, including a shocking, imaginary best friend for the main character, Jojo.

As Waititi noted, because he grew up mostly with his mom, he “always fantasized about father figures and wanting that presence in my life.” To that end, in the film, Jojo’s imaginary friend is a father figure, of sorts, even if he is the Fuhrer.

What’s more, Hitler is comically played by Waititi himself. “What better way to insult Hitler than having him portrayed by a Polynesian Jew?” he once brilliantly wrote.

But if you think Waititi’s mom had a problem with her Jewish son playing the most notorious genocidal anti-Semite of all time, well, you are wrong! Waititi recounted this lovely anecdote about what happened when his Jewish mom visited the set of Jojo Rabbit: “And then my mother comes and visits the set, this little Jewish woman from New Zealand, and I’m dressed like Hitler,” Waititi told the Chicago Tribune. “And the first time she sees me, she says, ‘Oh, darling, you look great.’ If you’re wondering where my humor comes from, there’s your answer.”

(I mean, hey, as Jewish moms ourselves, we’re certainly not surprised Waititi’s brand of delightful and quirky humor is matrilineal!)

All lightheartedness aside, for the Jewish director — who used his mother’s last name, Cohen, early in his career to avoid being pigeonholed — said that Jojo Rabbit is also about not forgetting the horrors and the lessons of the Holocaust, which he feels are more relevant than ever today.

“It’s important to keep telling these stories again and again,” Waititi told the crowd at the premiere. “We have to keep remembering and keep finding new and inventive ways of telling the same story so children can listen and grow and move forward unified and with love in the future.”

What can we say? Looks like someone raised a serious mensch!