The Coolest Jewish Baby in New York Is Coming Soon 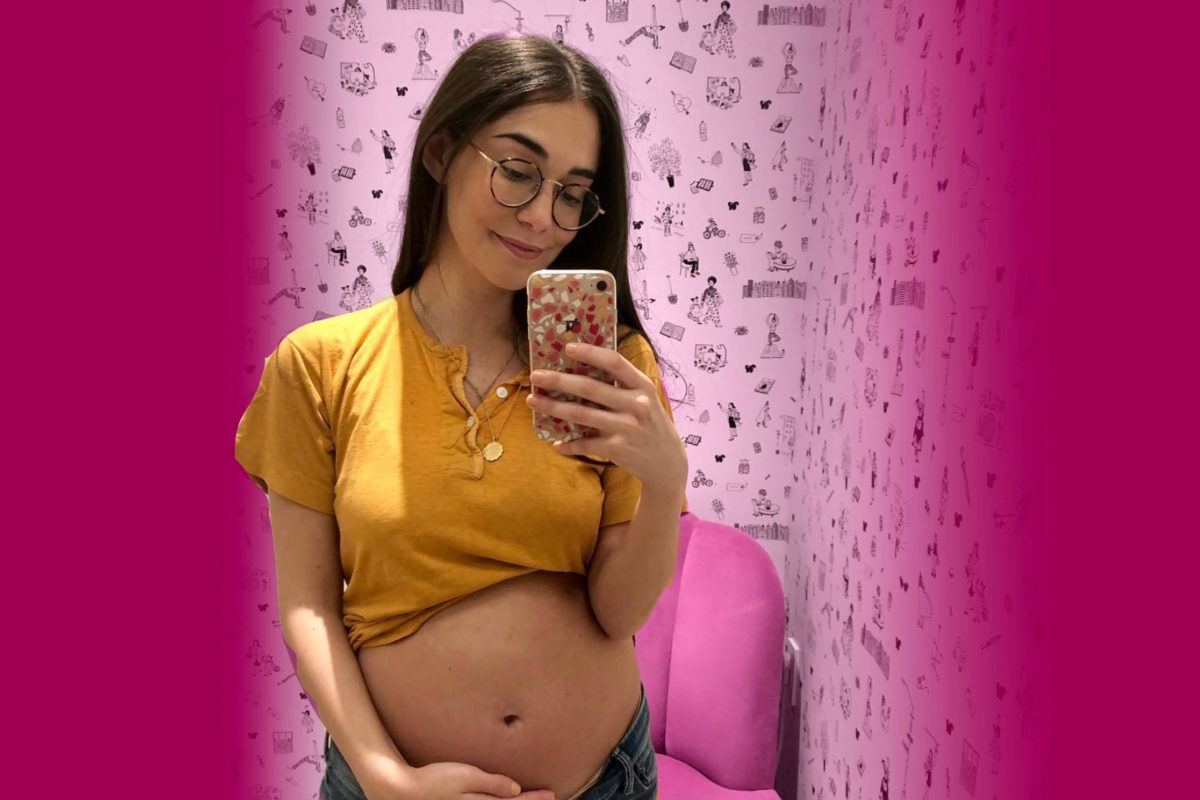 This is going to be one cool baby! Audrey Gelman, co-founder of the women’s co-working and networking space, The Wing, is expecting her first child with husband Ilan Zechory, the founder of the lyrics annotation app, Genius.

The announcement, via Instagram, was characteristically on-brand: with a selfie at The Wing, showing off a beautiful growing bump, surrounded by a beautiful wallpaper drawn by illustrator Joana Avillez. (The Wing is known for its impeccable decor.) She adorably captioned the photo with “Excited to meetus the fetus.”

This is perfect timing since The Wing just opened The Little Wing, a kids’ space that looks like what would happen if a Pottery Barn catalog met a Wes Anderson movie (seriously, I want to live there). The Little Wing provides babysitting by “Wingsitters” (at $25 for two hours, a steal!), classes for kids and their parents, as well as support circles for parents.

The Little Wing was founded with the help of Gelman’s mom, Lisa Spiegel, who is the co-founder of Soho Parenting, a parent guidance and psychotherapy group that has been providing support for parents for over 30 years. Sounds like one heck of a future bubbe!

Introducing…. The Little Wing! @the.wing’s newest little addition, providing babysitting, kids classes, and community-building for Wing parents at our SoHo space. Babysitting is only $25 for two hours and provides a lifeline for parents who need to take meetings, attend an event, or just get some time to themselves. Apply to join @the.wing today to this new and adorable amenity!!! 👶🏻👶🏼👶🏽👶🏾👶🏿

Gelman and Zechory married in Detroit in 2016. The activist couple (Gelman started her career as a press aide for Hillary Clinton’s 2008 presidential campaign) held their rehearsal dinner at a socialist bookstore and invited their friends to help plant fruits and vegetables at a local community garden.

The wedding featured a Mulder and Scully-inspired wedding cake topper (much love to the X-Files buffs), and the couple married under a gorgeous asymmetrical chuppah made out of jasmine vine, Italian Ruscus, andromeda, garden roses, and peonies.

Gelman’s childhood friend, Lena Dunham, who met Gelman at age 11 when she was her mom’s patient, called the Jewish couple “more glamorous than two Holocaust history buffs have ever looked in the history of time.”

She added that the groom is “the only person on earth who looks like he could be related to both James Franco and Elie Wiesel.” (But, hey! Sounds like there may be a second such person, coming soon?)

Dunham, who also attended Oberlin with Gelman, drew inspiration from her for the character Marnie in her hit series Girls. In 2017, when an article came out accusing Dunham of taking a dig at The Wing in her show, she refuted the claim, saying that her pal “has busted open everything that was wrong with corporate feminism and made a truly remarkable safe space for women to find respite, especially now, in the world.”

We’re sure Dunham’s kvelling about the fetus, too. We are, for sure!