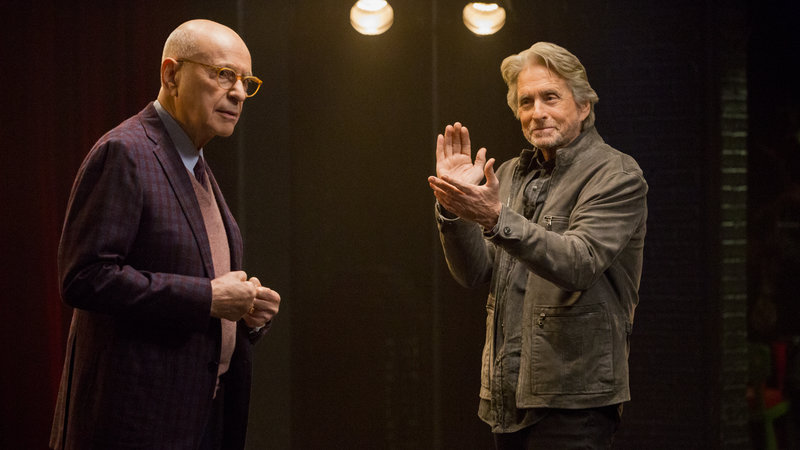 But it’s worth getting over your biases. Netflix’s The Kominsky Method manages to rise above its premise with authentic humor and emotional meditations on getting old (which, let’s face it, we all are).

Starring Jewish actors Alan Arkin and Michael Douglas, the story is a credible portrayal of aging, family, grief, masculinity, and what happens when it feels like life is moving on without you. With three Golden Globe nominations — for Arkin and Douglas, and for Best Television Series (Musical or Comedy) — the show’s critical acclaim is picking up steam.

Arkin, 84, plays Norman, a talent agent whose wife passes away in the first episode. Douglas, 74, plays Sandy Kominsky, a failed actor who became an acting coach (hence his “method”).

The show shines when it focuses on the men’s friendship, and less so when it tries to act as commentary about he world in 2018. The emotional core of the show is Norm coping with his wife’s death, and Sandy’s support. There’s jokes about death, loneliness, and dating and having sex when you’re old.

It’s rare to see a show center the elderly, and the troubles they face. Emmy and Golden Globe-winning Grace and Frankie comes to mind — another Netflix show! — but to see a comedy focus in on the challenges of growing older.

“Its themes are universal, entertaining, and occasionally devastating,” writes Lorraine Ali in the Los Angeles Times. Unlike most shows that covet a young demographic, the target is an older audience.

Nevertheless, it’s a touching portrayal of two cranky, old Jewish men. For Michael Douglas, it’s given him a new way to connect with his 102-year-old dad, Kirk. The elder Douglas has recently “found FaceTime.” (When he’s not busy hanging out with his great-granddaughter, that is.)

Netflix, if you’re listening, we’re ready for our show about cranky Jewish ladies.