The Pain of Parenting? There's a Hebrew Phrase for That. – Kveller
Skip to Content Skip to Footer

The Pain of Parenting? There’s a Hebrew Phrase for That. 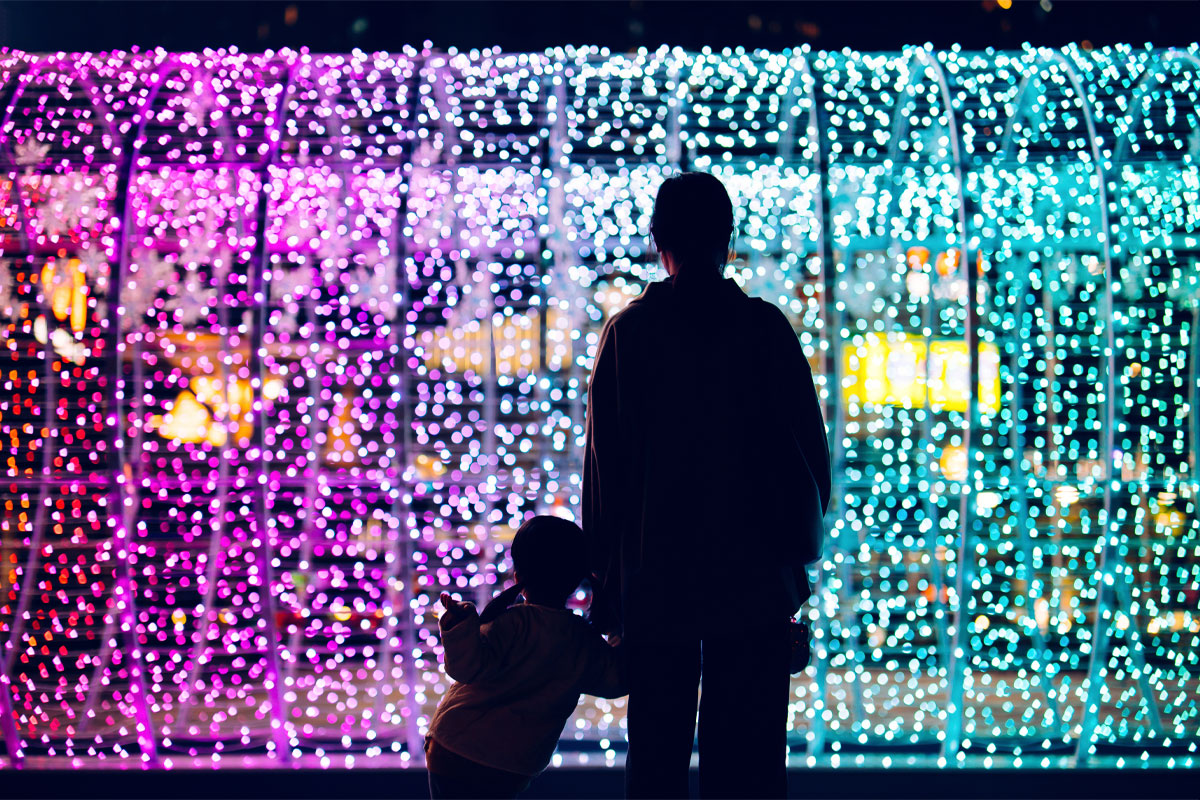 Over baked pasta casserole last night, I told my kids I was writing a book about being a mom. “Any stories you want me to include?” I asked them, as my husband, Aaron, doled out baby carrots.

Elijah, age 3, just wanted to make sure he was in the book. Sylvia, big sister that she is, yelled out exactly what to include: “The time I threw up in Dad’s lap!”

We all turned to look at Aaron, who nodded, deadpan. “I’ve always wanted to be famous for a lapful of puke.”

So here’s the story of how Aaron had the most uncomfortable flight of his life, followed by some very rude side-eye from a random stranger.

We were making the long plane journey back home after visiting my parents on the East Coast. Elijah didn’t exist yet; Sylvia was a feisty 1-year-old. My own body never made enough milk for her, no matter how hard I tried, so on previous flights, we’d had to carry drippy, premixed bottles of formula onto the plane. Now Sylvia was ready for cow’s milk; how miraculous to simply buy it for her at the airport deli before boarding!

On board, I filled a bottle with milk; Sylvia loved it. We were delayed on the tarmac, but nestled in Aaron’s lap, she happily drained a whole bottle. When the pilot announced we were cleared for departure, I refilled her bottle, since drinking during takeoff was supposed to keep her ears from hurting.

As we lifted off, Sylvia chugged the second bottle. She grinned and drank and grinned and drank. Then she turned, smiled broadly at Aaron, paused for a moment, and threw up 16 ounces of milk right into his lap.

She wasn’t sick; she had just, shall we say, overindulged.

We looked at the pool of milk, already soaking into his pants. There wasn’t much we could do except groan and laugh in that bemused parent way. I dug a cloth out of the diaper bag; Aaron stuffed it down his pants to try to absorb some of the milk; the guy sitting next to him sighed and shifted slightly away in his seat.

At our layover we headed straight to the airport bathroom, me pushing Sylvia’s stroller, Aaron walking gingerly with his wet crotch. To our joy we found a “family bathroom” (yay!) — a single room rather than multiple stalls, a godsend when you have luggage and a stroller and a diaper bag. Or when you need a private place to change your pants, which are soaked through with baby puke.

Aaron opened the door to enter. Just then, a passing woman shot him a dirty look. “That’s a family bathroom,” she spat, shook her head and walked on grimly. She hadn’t noticed us, his family, standing just behind him.

Aaron laughed, but I felt indignant on his behalf. He had earned that trip to the family bathroom. Because that damp life lesson, in its own small way, was part of what our ancient rabbis, in the Talmud, call tza’ar gidul banim — literally, the “pain of raising children.”

Tza’ar gidul banim. I’m grateful to the rabbis for this phrase. Do we have an equivalent in English? I don’t think so. Yes, there’s a lot of conspiratorial eye-rolling about sleepless nights and toddler tantrums and (in the teen years ahead) “bigger kids, bigger problems,” as the Yiddish expression goes. But I don’t know of an English phrase that so neatly and matter-of-factly encapsulates the pain of being a parent.

A lapful of milk is, of course, a minuscule experience of this pain. It’s temporary, and with the added distance of time and dry pants, hilarious. But it is, I think, still a good example of tza’ar gidul banim.

The pain comes in all sizes — small, large, vast, tiny. It is sometimes temporary, sometimes permanent, sometimes in-between. It’s accompanied by tremendous joy, which is easier to talk about. But it is also important to acknowledge the rainbow of heartbreak that accompanies any human love. Especially the love of something as uncontrollable as another human, who is just beginning her journey through life.

Tza’ar gidul banim: This single phrase describes an impossibly broad range of parental experience. It’s the psychedelic intensity of staring into a newborn’s eyes; the twinge of a 3-year-old screaming “I hate you!” when you make them leave the park after a mind-numbing hour of swing pushing; whatever unimaginable difficulties lie ahead in the teenage years and beyond. And sometimes it’s just the physical discomfort of sitting with milk-wet pants for three hours on an airplane.

We are lucky to be parents. Raising children is not only a commandment — “Be fruitful and multiply” — but also a blessing. Jewish tradition is clear on that; when God assures Abraham that his descendants will be as numerous at the stars in the sky, that’s a good thing!

But not all blessings are easy. And being honest about that fact — at the very least, with ourselves — is liberating. Instead of pretending that parenting is one constant state of bliss, it helps to acknowledge, as the rabbis do, that sometimes this blessing can be painful. It’s OK if we need to pause and give ourselves the emotional equivalent of a family bathroom: some small pleasure, a little extra space, even if it’s just a moment of self-acknowledgement that this is hard work that we’re doing.

And then we can come back to the sweet moments. To the pure delight in my daughter’s face as she retells the story now, at the wise old age of 5. I smile, watching as she explodes into laughter at the thought of her baby-self puking in her beloved dad’s lap.

To her, it’s just a silly story. But I hope on some level she understands the story’s deeper meaning: that we’re here for her, no matter what — even when things get hard, no matter how much it hurts. Underneath that pain, that tza’ar gidul banim, is love. An infinite, almost superhuman love that can hold anything she throws at us.

Even if it’s bound to hurt sometimes.