Teens Are Drowning In Social Media. Jewish Parents Can Help. 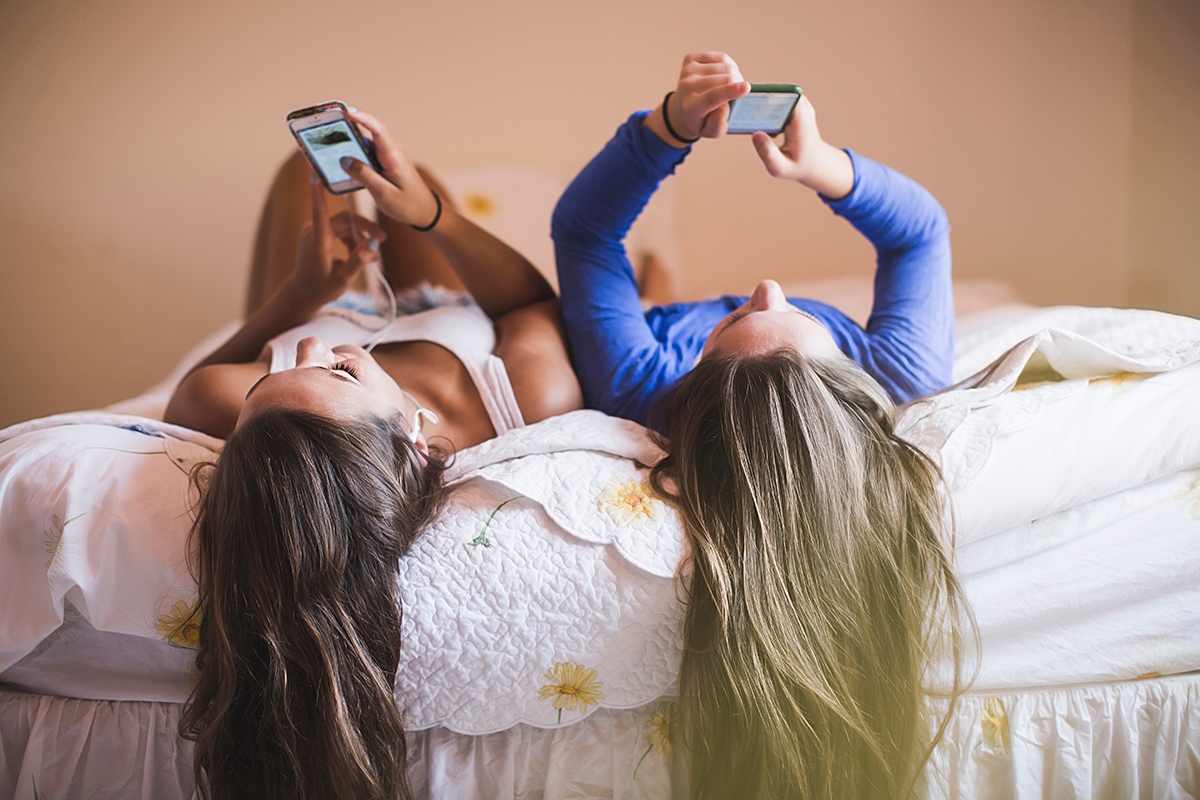 When it comes to kids, Instagram has been in the news quite a bit lately — and not in a good way. Its parent company, Facebook (recently renamed Meta), hid its own research from the public revealing that Instagram can contribute to depression and anxiety in teens (and took little action to alleviate the problem) while, at the very same time, it was developing Instagram Kids, a version of the social media app for an even younger audience.

As a parent, I’m furious at Meta for failing to act on and suppressing important research on teen wellbeing while simultaneously going forward with a new app designed to normalize the idea that social media is appropriate for young children (who, in reality, are not developmentally ready for it). But I’ve got a further beef with them: As a Jewish parent, I suspect that the same design flaws in social platforms like Instagram that can impair teens’ wellbeing might also have an adverse impact on Jewish teens’ spiritual development.

For better or worse, Instagram invites teens to create a virtual life built on visual images they curate and edit, often in a race for popularity stoked by the like-driven platform. The desire for likes, combined with the platform’s negative content prioritization, promotes the inverted logic that negativity and unkindness have their upsides. Teens are exposed to images of impossibly beautifully people dressed in glamorous clothes promoting consumerist lifestyles. Social media platforms popular with teens can spread mean-spirited challenges and encourage cyberbullying through anonymous posts, artificially divorcing cause and effect and insulating users from seeing the hurt they inflict on others. FOMO (fear of missing out) impels increasing online engagement at the expense of downtime spent offline.

Some of this would be arguably tolerable if teens spent mere minutes on social media sites each day, but it’s not that simple. Social media platforms are built on a business model designed to increase profits by maximizing user engagement (time spent on them). They track what our teens do online, using algorithms based on the collected data to target them with surveillance advertising and personalized content predicted to keep them glued to their platforms for as long as possible.

My kids don’t have social accounts yet, but they occasionally share with me what their friends forward to them. Not all of it is good. I’ve had to debrief them on everything from COVID misinformation to the artifice behind seemingly perfect lives to the message that beauty really comes from deep within. A discussion about online kindness was prompted after my son and I watched a live science webinar for middle schoolers and the anonymous chat box quickly filled with a kid version of racist and misogynistic comments. And while it isn’t social media, I keep reminding my kids about avoiding YouTube’s deliberately designed time suck from the video recommendations that its algorithms have selected for them. I find so much of this to be soul-depleting, and I’m the adult around here.

While the news has been focused on teens lately, the reality is that preteens and younger kids are on Instagram and social media, too (yes, often without our awareness), potentially getting exposed to the same problematic content, only far less developmentally able to process it all.

Social media done right has the potential to bring teens together in healthy and creative ways, so it’s demoralizing to see how defects in the platforms can impact their wellbeing and, I argue, create a virtual world that is in direct conflict with important Jewish values. Judaism promotes kindness, not negativity or meanness. Judaism teaches that doing the right thing takes primacy over doing the popular thing. Judaism instructs that we are enriched by appreciation for what we have (and, by extension, what we give away), not by the relentless drive to accumulate possessions. Judaism elevates quiet time each day for prayer, deep reflection and expressions of gratitude, in direct conflict with social media’s goal of constant connectivity. And with so much of Judaism that is spiritual, experiential or ineffable — and definitely not distillable into photographic images — I worry that some young people may decide that a mitzvah (good deed) or act of chesed (kindness) that isn’t Instagrammable simply isn’t worth performing. These challenges affect teens at all levels of Jewish observance; for example, one yeshiva high school student started an initiative, 25hrs.Cool, after discovering how his observant peers struggled to log off from their phones on Shabbat.

While this is deflating, there is some hope: A recent poll of teens found that nearly half indicated that it was very or fairly important to them to live a religious life. Maybe it’s a backlash to the shallower world of social media. Whatever the reason, I see opportunities for Jewish families and the greater Jewish community to help teens and younger kids grow as Jews despite the roadblocks to spirituality that social media may impose.

If social platforms like Facebook thrive financially by driving user engagement, we as parents, caregivers and grandparents should designate times for radical family-based, soul-restoring user dis-engagement. We can’t grow spiritually if moments of quiet reflection are relinquished to hours spent scrolling through social media accounts. Teens and kids need quiet space and time to meditate, question and struggle. It’s up to us, as loving adults, to help them carve out quiet time off from digital media and make it a family habit. Which means that we have to occasionally log off, too.

In my home, we’ve celebrated a Technology Shabbat/Screen-Free Saturday since our kids were born. For those new to the concept, Tiffany Shlain’s book “24/6” can provide inspiration and practical ideas. If need be, start small with screen-free Shabbat meals (and then expand to other family meals or screen-free zones in the home) in order to insert quieter space into their lives. In this way they may learn to seek solace in spirituality, rather than reflexively turning to social media. We can benefit from this as well.

For those with younger kids, our best bet is to delay. Follow tech leaders’ habits and postpone giving kids their own smartphones for as long as possible (basic phones OK as needed). Smartphones are powerful adult tools, not kids’ toys, and can be an entry point to early and frequent social media use. The longer we can delay, the more time we allow our kids to be kids, while also giving them the breathing space to internalize important life lessons, including Jewish ones.

Jewish day schools, Hebrew schools, youth groups and camps can have an impact, too. Social psychologist Jonathan Haidt urges parents, caregivers and schools to collaborate to “establish a norm: Delay entry to Instagram and other social platforms until high school.” Since younger kids do have phones, it’s important to implement Away for the Day phone-free policies (phones stashed out of sight) at schools and camps. We can promote events and activities on WhatsApp or group texts instead of social. We can invite teen and young adult digital wellness leaders to engage Jewish teens about how to live with social media while creating space to groom their spiritual selves.

We are a people unafraid of advocacy. We can sign online petitions asking Meta to scrap Instagram Kids. We can ask members of Congress to support legislation requiring safer online experiences for teens and kids. We can, as a concerned Jewish community, demand that social media companies add safety features for our kids’ sake. We need to speak out that it is immoral to make it our job to deal with the fallout from tech companies’ corporate irresponsibility. Our children’s health, safety and wellbeing — including their spiritual development — should never be shortchanged as collateral damage for Big Tech’s relentless drive for profit.