The Surprising Connection Between Simchat Torah and This Greek Myth 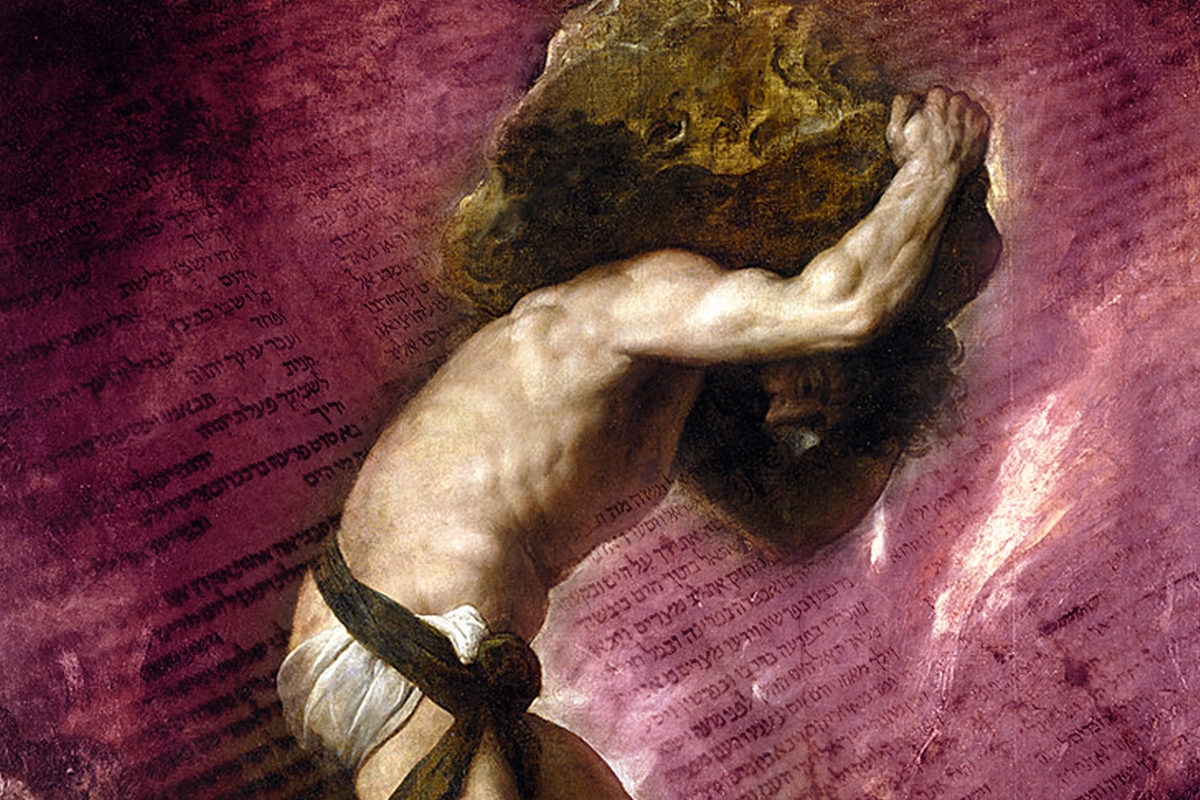 My daughter made a fascinating analogy over Simchat Torah last year. As we sat in shul and heard the near-final verses of the Torah being read, repeatedly, again and again, she turned to me and asked, “Why are we starting over? Didn’t we already read that part?”

I explained that there’s a common practice to give everyone (or every man, in our Orthodox shul) an aliyah — a turn being called up to the Torah — on Simchat Torah. The passage we read on this holiday, however, is divided into only five sections — which means only five turns. So, in order to create more opportunities to have an aliyah, we read the same passage multiple times. A congregation with lots of people and multiple Torah scrolls might divide into smaller groups to expedite the process, but the repetition can get, well, repetitive.

“This is like Sisyphus!” exclaimed my Percy Jackson fan.

As our resident mythology expert then reminded me, Sisyphus was the guy who was condemned to roll a boulder up a hill ad infinitum. Each time he accomplished the task, the boulder would roll back down, so he had to do it again and again and again.

I laughed, impressed by her insight, and immediately suggested she could probably get a good essay out of the comparison, if she were so inclined. She wasn’t, but with her permission, I’m writing one of my own. Because the more I thought about it, the more I realized how our Torah reading can certainly feel like a Sisyphean task — but, ultimately, it is actually very different.

The similarity, of course, is in the repetitiveness. Not only do we read the same Torah portions year after year, but on Simchat Torah —  when we celebrate both the completion and the beginning of the annual Torah reading cycle — we read the same few paragraphs at the end of the Torah over and over again.

With many congregants’ minds focused on getting home for lunch, it can certainly be frustrating to realize that, instead of turning the page to the emotional children’s aliyah and then the climactic very last aliyah of the year’s Torah cycle, we have to turn back several pages and reread the same passages over again. And again. The frustration is especially difficult because there’s no clear end in sight: Are there any men left who haven’t received an aliyah? Are we there yet?

But the thing about Sisyphus is that his task wasn’t just repetitive — it was futile. The boulder wasn’t going up the hill for any purpose other than to upset him by rolling right back down.

But that’s not true of Torah reading; our repetition isn’t futile, but can be incredibly meaningful.

On Simchat Torah, we celebrate the completion of the annual cycle of weekly readings. We read about Moses’ death — just like we did last year — then we immediately turn back to the beginning to tell the story of Creation, just like we did last year. We love repetition in Torah reading. In fact, repetition is what puts the simcha (joy) in Simchat Torah — we’re celebrating  our elation over completing a cycle of Torah readings, and we’re so excited to do it again that we immediately begin reading the first lines of Genesis.

Why is it so exciting to repeat the same thing over and over again? As I reminded my daughter, if we pay attention to what we’re repeating instead of just the fact that we’re repeating it, we’ll notice new things each time. We’ll appreciate different nuances of different details, or maybe the same details will look different because we’re not exactly the same as we were the last time we read it. We’ll grow from the experience differently each time.

Or maybe I shouldn’t sell Sisyphus short. Maybe the learning and growth that can come from repetition was really the point of the myth all along.