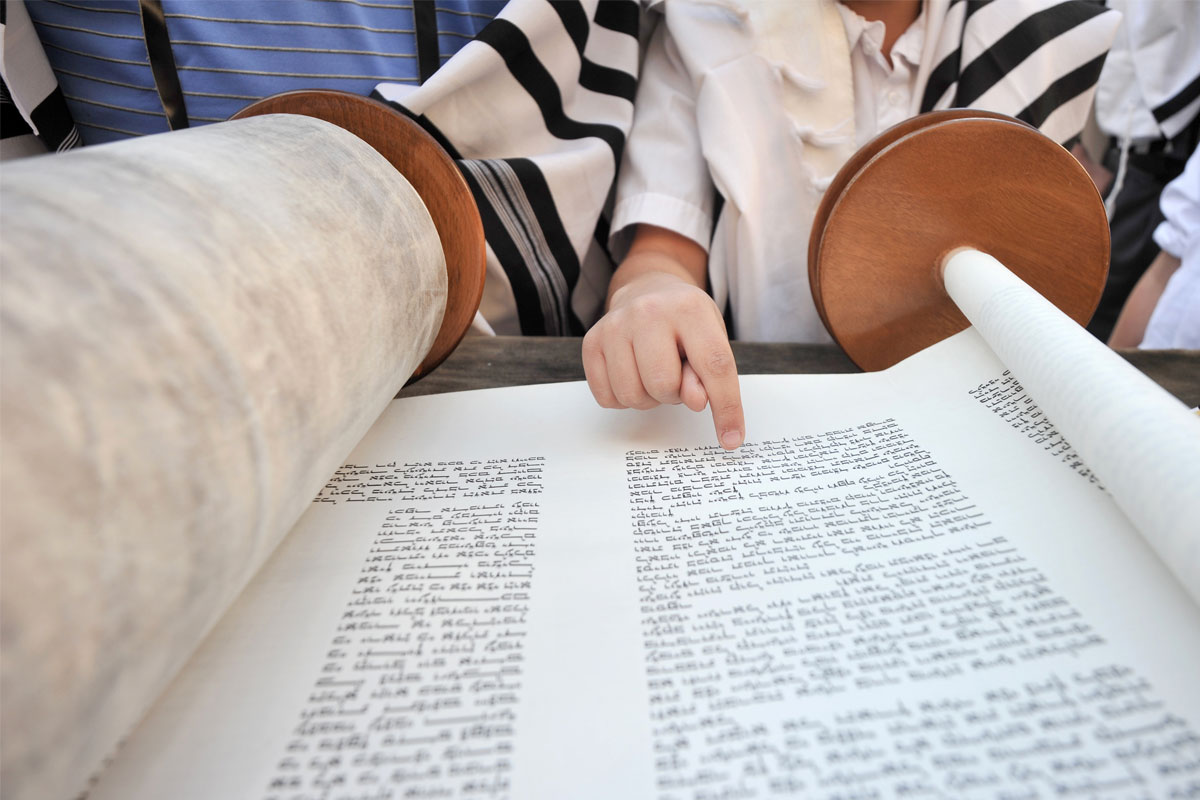 When my husband and I started planning our son’s bar mitzvah in earnest in the summer of 2021, we did not anticipate that it would take place at the start of the third major surge of a coronavirus variant. My son, who was always sure it was all going to be OK, attended his prep sessions and drafted his d’var Torah with months to spare. A music maven, he worked on the DJ’s playlist and assured us that his friends would all wear masks.

Despite the uncertainty underlying the whole process, two things made the simcha begin to feel very real in the early spring. First, my son went to Men’s Wearhouse and had a dark gray suit tailored to his 5-foot-9 frame. Second, we started filling in a synagogue worksheet outlining the people who would be taking each of the aliyot (going up to the Torah) and other honors during the service. My mother-in-law is a Kohen, which gave her the first slot for blessing the Torah. We added in siblings, uncles and cousins for other honors. One, though, was still open: the Levi aliyah, which is the second slot in the Torah service. Did we know, the synagogue administrator asked, whether we had any Levis in the family?

I didn’t think so, but I texted my dad just to be sure. He replied that my maternal grandfather was actually a Levi, a fact he had only recently discovered when conducting genealogy research and viewing tombstones on my mother’s side of the family. Since Levi status is passed through the father, my mother is technically also a Levi. This was not something she was aware of, nor would she have ever had an opportunity to act upon her special status in a religious setting. This is because my mother grew up in a traditional Sephardic synagogue in Zimbabwe, where women were seated in an upper-level section and the men below were the only participants in the service. Once she came to America in the mid-1970s, my mother continued attending traditional-style services, even though my parents weren’t 100% Orthodox in all aspects of their lives.

Like my mother, I grew up in a synagogue with separate sections for men and women, though we had a wood-and-glass mechitzah (partition) dividing the sections rather than two separate floors. Like her, I never learned how to leyn (the Yiddish word for reading directly from the Torah), nor did I ever have an aliyah at the Torah or open the ark. When I got to college, I began attending egalitarian services and never looked back. After purchasing a woven tallit in Israel —a small prayer shawl in my favorite color, green, woven with silver and black — it felt like my religious identity had evolved into something I was comfortable with.

My husband and I chose to raise our family in egalitarian settings where women and men count equally when it comes to worship and participation. Until quite recently, my children only knew female rabbinic personnel in Seattle. When a male assistant rabbi joined our synagogue’s leadership team several years ago, my son, then 5 years old, turned to me and whispered, “It’s so nice that they let a man be a rabbi!”

Fast forward eight years to that wisecracking kid’s 13th birthday. As we celebrated over ice cream sundaes (our usual solution when his birthday falls during Passover), it suddenly dawned on me that I was so focused on what his late-stage-pandemic bar mitzvah couldn’t be, that I hadn’t opened myself up to what it could be. Yes, there were stressful aspects and safety measures that we had to accommodate, but that didn’t mean the whole event was doomed. I decided to embrace the experience and make it as meaningful as possible for all involved.

Which is what led me to call up my mother and ask if she would want to have the Levi aliyah. “Totally no pressure,” I said, wanting to be respectful but also secretly hoping she’d say yes. At first Mom wasn’t sure she’d want to be in any kind of spotlight, or to do such a thing for the first time with so many people watching. I told her that I had been super nervous the first time I had an aliyah in an egalitarian service, but that I was so proud afterwards. “Seeing the Torah close up is amazing,” I added.

After some consideration (and some extra encouragement from my dad and sister), she said yes. Filling the Levi role would, she felt, be a way to honor the legacy of her father, who had passed away in Zimbabwe shortly after I was born. And having spent  her whole life hearing the bimah blessings repeated by others, Mom knew them by heart. Together, we came to this conclusion: What better occasion to have a first-time second aliyah than her grandson’s bar mitzvah?

When the moment arrived, I took my green tallit and wrapped it around my mother’s shoulders. She walked up the steps of the bimah and sang each of the blessings perfectly and confidently. Once she was done, she came down the stairs and handed my tallit back to me.

Not everyone who was in the sanctuary or watching the livestream understood the significance of that moment, but those of us who knew silently cheered and pumped our fists. And I realized that not only was I extremely proud of my mother, but also that she had, in her willingness to do something new and slightly scary in the realm of religious observance, elevated the joy of our simcha. Focusing on my fears about the weekend, I had almost missed the chance to be present for something extraordinary: witnessing, as a parent, my own parent take a leap of faith.

My son’s bar mitzvah was not exactly the one I had imagined, and that’s OK. There were masks, but also smiles; we embraced with air hugs, but also danced the hora. Amidst the awkwardness of pandemic distance, there were moments of grace and connection. And in a weekend where I had expected to kvell for my oldest child, I felt the unexpected thrill of kvelling for my mother, too.