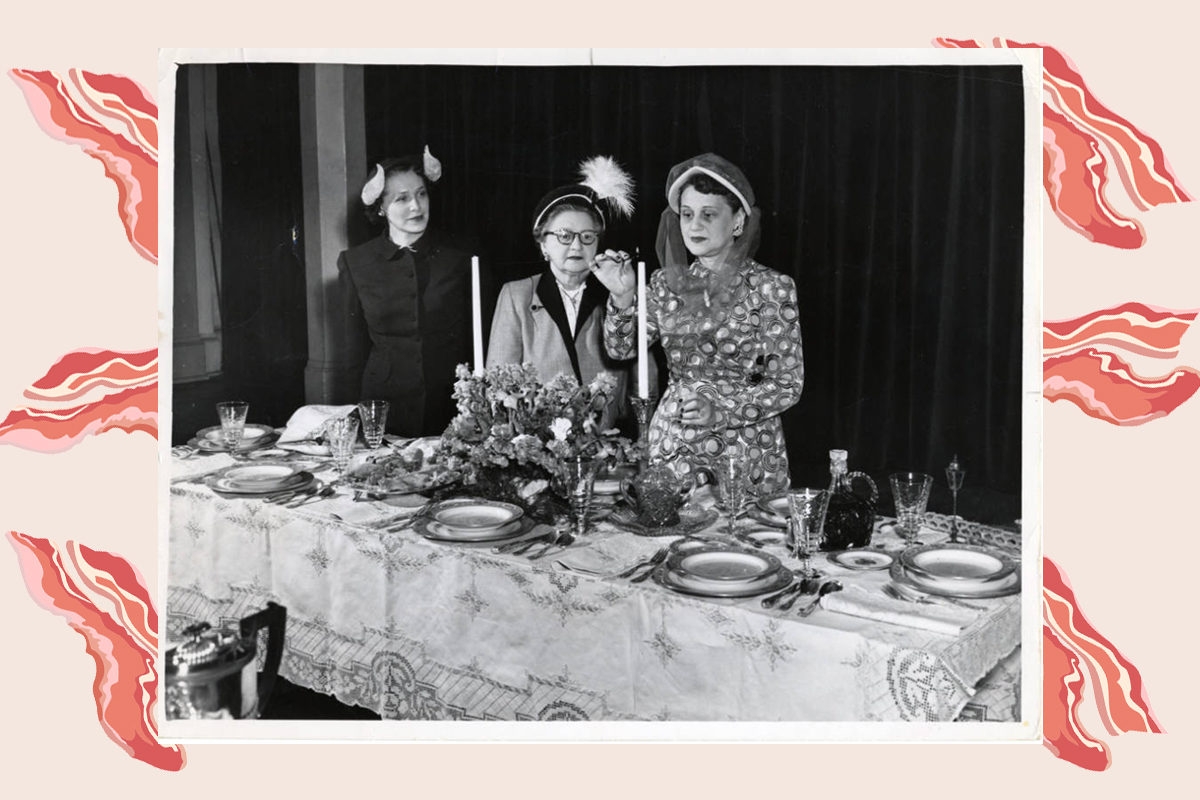 It’s Friday afternoon pickup, the schoolyard is a sea of chaos with children and grownups streaming from every possible angle. In one corner, parents are hawking cakes in the hopes of buying their classroom some much-needed supplies. In another, children are climbing structures like wild monkeys released from captivity.

As my daughters, ages 5 and 7, and I attempt to exit the schoolyard with our sanity still intact, I gently dismiss play date offerings and other social suggestions. We are going home to prepare for Shabbat dinner, a ritual we’ve only recently adopted, but have begun to lean into like we’ve been doing it for years.

On Friday afternoons, when we come home from school, backpacks and lunch boxes dumped in a pile to be sorted and put away, cupboards flung open for snacks. The girls flop onto the sofa to watch the first bit of TV they’ve been allowed all week; they zone out while I pull out the ingredients for dinner. Last week, my eldest de-skinned chickpeas and carefully sliced tomatoes while my youngest and I patted together a sort of homemade-tortilla-meets-flatbread dough. This week, we glaze shrimp and cubes of chicken with barbecue sauce for the grill, to be served alongside a giant chef’s salad as soon as their dad returns home from work.

I stand beside them at the kitchen counter and smile as we cook. I have never felt so Jewish.

Since leaving my parents’ Jewish home in Cleveland 20 years ago — I now live in London with my non-Jewish Scottish husband — I’ve basically stopped attending synagogue on any regular basis, having realized that my sense of Jewishness seemed linked more to my grandmother’s challah and mandelbrot than to the rabbi’s sermons from the bimah.

But now, there isn’t any challah or cookies. My grandmother and her main reason for cooking —  my grandfather — have since passed. And, in the last year, my father, too — which means my mother’s sole reason for making brisket has left us as well. It has been a hard few years to feel Jewish by way of the foods that endeared Judaism to me, as so many are now connected to a sense of loss alongside celebration.

Our daughters have never stepped foot inside a synagogue, we don’t keep kosher, and, despite having Hebrew names, they don’t know any Hebrew words. Overall, they didn’t understand why being Jewish was anything that different from their friends, other than the occasional matzo ball soup and that their mother never had a Christmas tree as a child.

Yet when our oldest came home one afternoon from school and proudly told us she announced to her whole class that she was Jewish, I knew it was time for me to teach my kids something about what that means.

Being Jewish in the U.K. can mean people will graciously double check to see if you eat bacon, but still blink at you, puzzled, when you tell them you didn’t celebrate Christmas growing up. It is pretty confusing to most of the people I have met over the last 13 years living abroad. So when my daughter boldly declared herself a Jew, I knew any insight or information around this identity was up to me to provide. I was equally proud and overwhelmed — absent an organized Jewish community, just how would I boil Judaism down to something easily understood by a 7-year-old girl with no exposure to any of it, save time with her Jewish grandparents?

Over the years, I have made challah with the girls a few times, focusing more on sharing of stories of my grandmother (my youngest’s namesake) and who she was, rather than the religious or cultural traditions around it. We fry potato latkes each winter much in the same way — with a focus on the people in our family who made these treats, rather than a religious practice or custom.

The ritual of eating these Jewish foods surrounded by family or friends is what has made them feel so purposeful; tying their deliciousness to the people I love, like my grandfather’s love of kasha varnishkes, or my grandma’s mandelbrot recipe that she learned from her mother. These deep, heart-to-mouth connections have left me with the desire to create our own family rituals, to help connect the bridge between my own childhood with that of my daughters.

Though we never really celebrated it growing up, the weekly practice of celebrating Shabbat fits into this ideal, given its frequency and ease of reinforcement as a part of our family’s structure and routine. Perhaps at some stage we’ll land on certain dishes we want to repeat and fold into our Friday nights, such as my grandmother’s challah or a roast chicken. For now, however, we’re taking it slow and we’re focusing on the significance of this special time together, rather than what food we put on the table.

What we have created is not a traditional Shabbat practice. There are no candles — though we are considering getting some — no prayers, no challah. Yet, we’ve captured a core value, omnipresent within Jewish culture: the importance of family and togetherness.

Somehow, almost by accident, we’ve managed to make Shabbat an anticipated treat at the end of the week. The TV, the family meal, the excuse to stay up a bit late… Unlike the feeling of obligation I often associated with Jewish practice growing up, I think we all genuinely look forward to our Friday night rituals. Shabbat is now our “thing.”

Slowly the girls are learning some of the deeper aspects of the Jewish culture through this practice, and my husband and I —both living far away from our own parents — relish in the sense of family unity and togetherness we take from this weekly ritual. As we ease into this new rhythm, we’ll continue to discover new nuances as time goes on. Who knows what we’ll make for next Friday’s dinner? We might make bacon, but it will still be Shabbat.