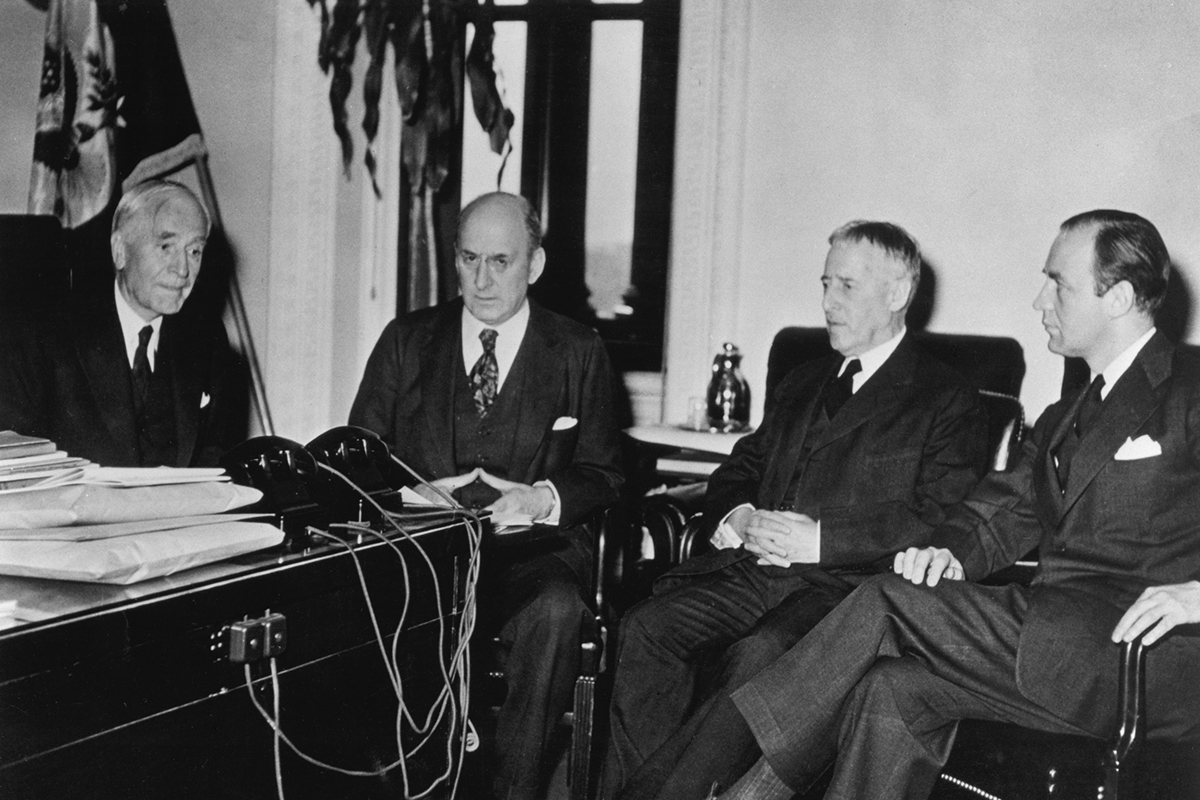 From the time the Holocaust began and until early 1944, Jews in Nazi-controlled territory could only hope for rescue from the government across the Atlantic that was leading the Allied war effort against Hitler.

But that changed in January 1944 with U.S. President Franklin D. Roosevelt’s establishment of the War Refugee Board. This game changer enabled both private citizens and U.S. officials to use whatever means they could to help European Jews escape the Nazi death machine — provided they didn’t interfere with the war effort.

The man who led the Board, John Pehle, was one of several Americans who distinguished themselves in their efforts to help Europe’s Jews at a time when most Americans were unwilling to do so.

For years, those seeking to extend help were thwarted by U.S. government officials who opposed any special measures to help Jews, particularly hidebound members of the State Department who opposed modifying stringent immigration policies. But Pehle, who ran the Treasury Department’s foreign funds control department, refused to take no for an answer. A child of the Midwest whose parents were immigrants from Germany and Sweden, Pehle believed the United States was a force of good in the world.

A new documentary by filmmakers Ken Burns, Lynn Novick and Sarah Botstein, “The U.S. and the Holocaust,” to be aired on PBS stations on three consecutive nights beginning Sunday, September 18, tells Pehle’s story as part of the larger story of what America did — and didn’t do — to help Europe’s Jews before and during the Holocaust.

Tragically, there was no shortage of instances where American policies, institutions or people fell short. Americans did not want to open the country’s doors to Jewish refugees in the lead-up to the war, and while Hitler and his henchmen were drawing up what they called the Final Solution to wipe out European Jewry, Americans were debating whether or not the war in Europe merited their involvement. Time and again, certain top officials in the State Department made clear they were not friends of the Jews.

But the six-hour film also documents the stories of several heroic Americans who stand out for the lengths they went to help Europe’s Jews. Here are some of their stories.

On June 23, 1943, Pehle received a request from Gerhart Riegner, the Swiss-based representative of the World Jewish Congress, for a special license from the Treasury Department to send money to Jews in enemy territory. Top officials at the State Department frowned on the request, saying they were concerned that the funds might fall into Nazi hands. But Pehle granted the license.

Unfortunately, when he sent his approval to the State Department for transmission to Switzerland, assuming it would reach Riegner quickly, the staff of Assistant Secretary of State Breckinridge Long, who had consistently opposed any special measures to help Jewish refugees, quietly shelved it. Five months later, Long and his staff continued to stall, raising every possible obstacle even though Roosevelt himself favored granting the license. 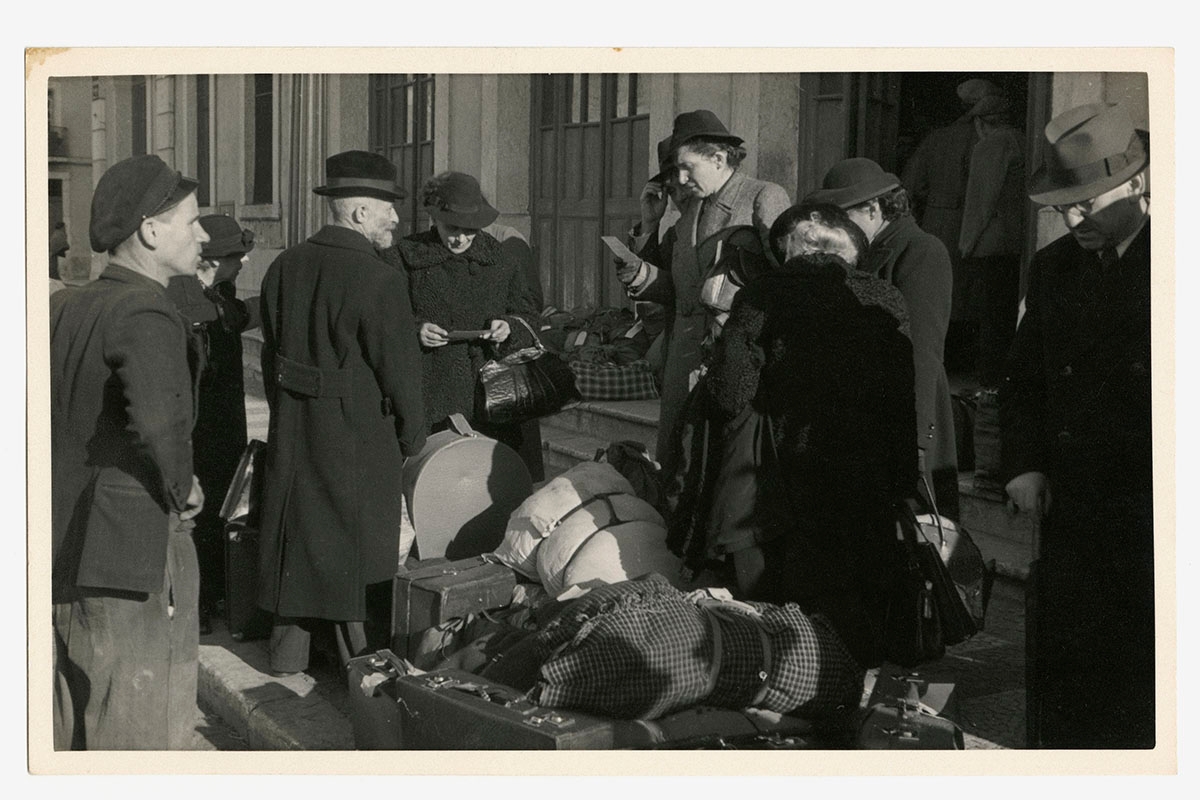 A group of Jewish refugees wait with their luggage at the St. Appolonia train station in Lisbon, Portugal, September 1941. (U.S. Holocaust Memorial Museum)

When FDR created the War Refugee Board and Pehle became its head, he dramatically changed U.S. policy practically overnight. Millions of dollars of humanitarian aid began flowing into Europe, helping Jews survive and escape by buying them food and clothing, paying for guns for partisans, and paying off border guards and officials.

Sadly, by this time 5 million Jews already had been murdered by the Nazis.

When he learned of the State Department’s refusal to transmit the license to Riegner, he confronted Long and Secretary of State Cordell Hull. The license was finally issued.

In seeking to uncover the reason for the delay, he discovered that State Department staff deliberately had suppressed Riegner’s reports from Switzerland about the genocidal campaign against the Jews. Morgenthau’s aides were outraged and wrote a report detailing the State Department’s deceit.

“We leave it to your judgment whether this action made these officials the accomplices of Hitler in this program and whether or not these officials are not war criminals in every sense of the term,” they wrote. They titled their report, “Report to the Secretary on the Acquiescence of this Government in the Murder of the Jews.”

But Morgenthau toned down the accusatory rhetoric and retitled it “Personal Report to the President.”

In 1915 and 1916, when Morgenthau’s father served as ambassador to the Ottoman Empire, he had tried unsuccessfully to persuade President Woodrow Wilson to intervene on behalf of hundreds of thousands of Armenian civilians who were being killed by Turkish troops. He had called it “race murder.”

Morgenthau and Pehle met with Roosevelt to say the U.S. could not let that same thing happen again, this time to the Jews of Europe. Roosevelt then issued his executive order establishing the War Refugee Board, the only governmental agency created by any of the Allies to help Jews still under Nazi threat.

Dorothy Thompson had the unique experience of personally being expelled from Germany by Adolf Hitler. An American reporter working in Germany in the 1930s, she tried to sound the alarm about what was happening in Nazi Germany, saying that not only were reports of atrocities toward Jews not exaggerated, they were understated. Though not Jewish, Thompson wrote for the Jewish Daily Bulletin in New York, among other places.

After her expulsion from Germany, she continued to write and speak across America, talking about the dangers to Jews in Europe and urging Washington to accept more Jewish refugees from Germany. Sadly, her pleas to Washington fell on deaf ears. (The United States actually had
no refugee policies or protections in place until after World War II.)

American reporter Varian Fry’s work in Berlin as a foreign correspondent during the 1930s left him with a visceral loathing for the Nazis. When a group of Americans including First Lady Eleanor Roosevelt formed the Emergency Rescue Committee in New York in 1940, Fry, then 32, was among them.

He volunteered to travel to Marseille, France, with $3,000 and a list of distinguished Jews believed to be under imminent threat of arrest by Nazi Gestapo agents or the Vichy French police, which collaborated with the Nazis. News quickly spread that Fry had arrived carrying precious American visas and scores of anti-Nazi writers and artists gathered at his door.

Fry succeeded in smuggling some of them into Spain. He also recruited a small group of other Americans — refugees with diplomatic or underworld connections (including a forger), as well as sympathetic French citizens — to help in his rescue efforts. American Jewish groups sent him money, and a sympathetic Chinese consul also helped by writing official-looking documents in Chinese that the Nazis could not read and which helped secure the escape of additional Jews.

Fry and his helpers were able to provide financial or travel assistance to approximately 4,000 refugees and helped about half of them escape from France.

When reports of Fry’s activities reached Washington, U.S. Secretary of State Hull sent a cable saying the U.S. could not countenance Fry’s actions and tried to force him out of France. But Fry refused, continuing his work for another seven months before the Vichy police forced him out of the country.

Although his work went largely unrecognized after he returned to the United States, Fry’s efforts were honored by France two months before his death in 1967, when it conferred upon him the Chevalier de Legion honor. In 1991, the U.S. Holocaust Memorial Council awarded Fry the Eisenhower Liberation Medal, and in 1996 U.S. Secretary of State Warren Christopher apologized on behalf of the State Department for its abusive treatment of him. Fry is among only a handful of Americans to have been named a Righteous Among the Nations by Israel’s Yad Vashem Holocaust Memorial.

As the U.S. vice consul in southern France, Hiram Bingham made extraordinary efforts to help rescue Jews and collaborate with Fry.

Bingham issued thousands of visas and at one point even hid a novelist on his premises before smuggling him out of wartime France. Among the famous people Fry and Bingham helped escape were artists Marc Chagall and Max Ernst and philosopher Hannah Arendt.

Fry later wrote of Bingham that he was “the one man at the consulate” who understood that the job was “not to apply the rules rigidly but to save lives wherever he could.”

But Bingham’s colleagues at the State Department believed in more restrictive immigration policies. Bingham resigned from the Foreign Service in 1946, complaining that he had been repeatedly passed over for promotion, and died in obscurity in 1988.

Using his influence as one of America’s most famous rabbis, Stephen Wise helped spread the news about the Nazis’ plan to murder the Jews of Europe. There had been leaked reports from Europe in 1941 about Nazi atrocities against Jews, but it was not until May 1942 that the Polish-Jewish underground was able to smuggle out a report that estimated that 700,000 Polish Jews had been killed. The report was broadcast by the BBC. In August of that year, Wise received a telegram with a message from Riegner, of the World Jewish Congress, warning that the Nazis had a plan to wipe out all of European Jewry.

Wise took the telegram to U.S. Under Secretary of State Sumner Welles, who asked the rabbi not to say anything publicly until he could verify it. Wise assented. Two months later, after the Vatican, the Red Cross and other witnesses supplied by Riegner confirmed it, Welles told Wise their worst fears were justified. Wise then told the world. 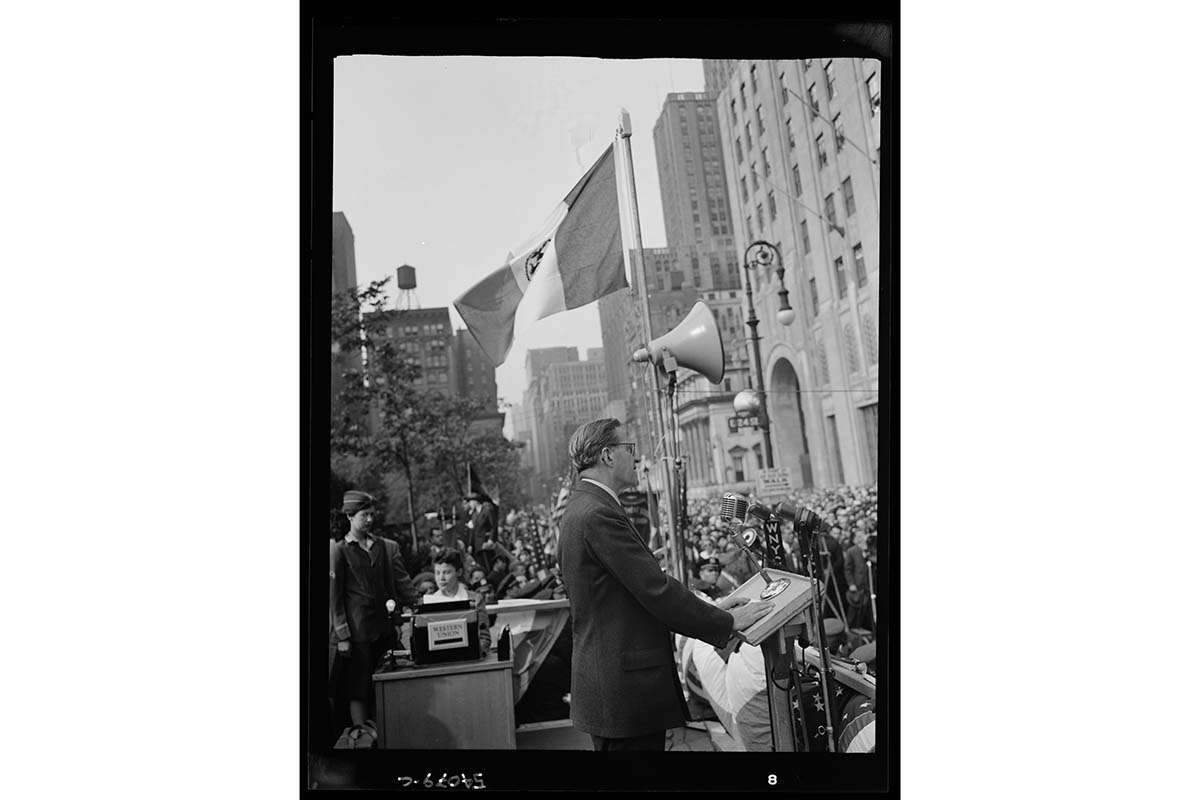 The next day a Chicago Tribune headline read: “2 million Jews Slain by Nazis, Dr. Wise Avers.” At that point, the true number was actually over 4 million.

On December 2, 1942, Jewish organizations worldwide declared a day of mourning. On December 8, Wise and three other Jewish leaders met with the president in the White House to warn that unless action was taken, the Jews of Europe were doomed. Roosevelt reportedly said he was aware of the Nazi horrors but had no immediate remedy. His government’s policy was “rescue through victory.”

This story was sponsored by and produced in collaboration with PBS, which will air “The U.S. and the Holocaust” on three consecutive nights beginning Sunday, September 18 at 8 P.M. Eastern. This article was produced by Kveller's native content team.