These Israeli Women Broke Up a Street Protest With Their Bras 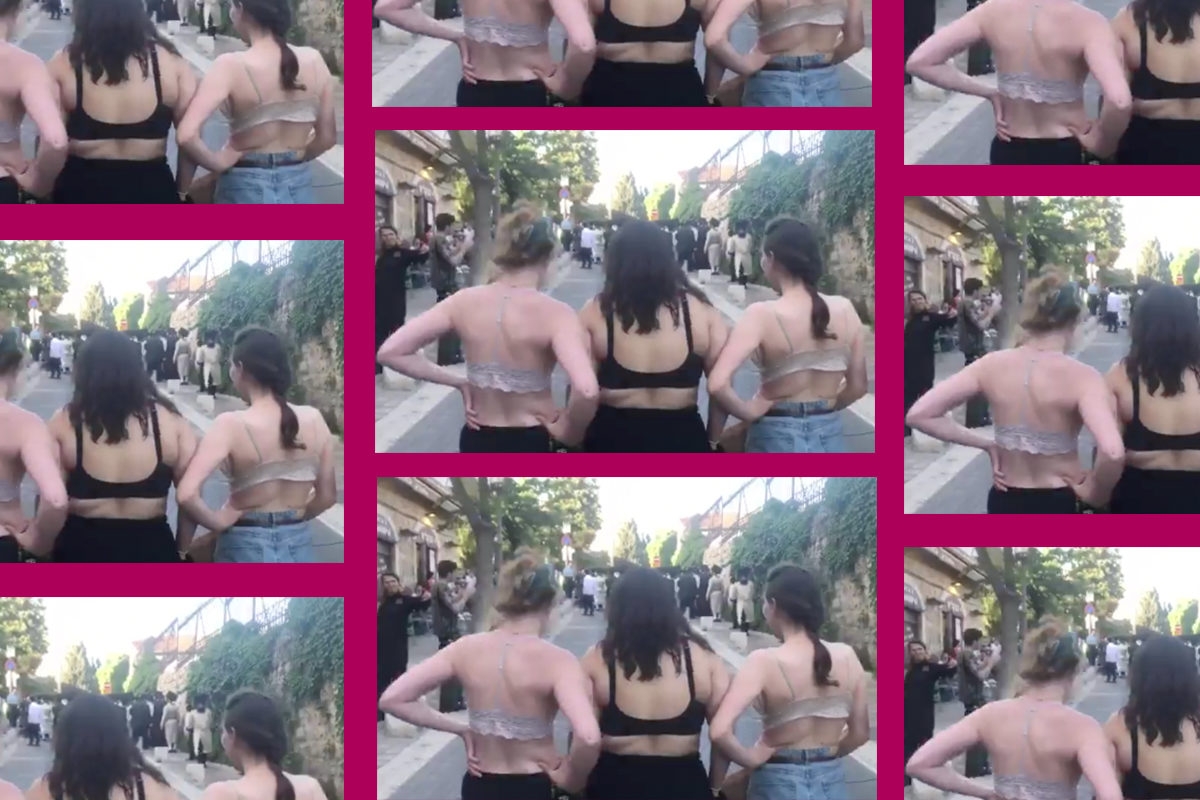 In an incredibly epic standoff in Israel this weekend, a handful of women broke up an ultra-Orthodox street protest by using their, um, assets.

With one simple act, these brave women shooed away scads of angry haredi men and boys. How? They took of their shirts and exposed their bras. (Ah! If all things were that simple!)

Here’s what went down: On Saturday, hundreds of ultra-Orthodox men and boys swarmed the streets of Jerusalem to protest the “desecration” of Shabbat. Why? The Eurovision Song Contest was held in Tel Aviv on Saturday evening — after Shabbat ended, mind you, but the rehearsals and production preparations occurred during the day, which, to the observant Jew, is a shanda.

Protesters shouting ‘sabbath’ in Yiddish. Police pushed them back from a big tourist spot. #Eurovison pic.twitter.com/0NACi5ppue

When United Torah Judaism — an alliance of ultra-Orthodox political parties — campaigned for the Israeli government to preserve Shabbat, Prime Minister Benjamin Netanyahu said that they’re not interested in desecrating Shabbat, and that most of the participants in Eurovision aren’t Jewish, according to the Jerusalem Post.

“I would like to clarify that the Eurovision is an individual, international event that was set in advance according to international standards that are not in control of the government, and are exclusively managed by the Israel Broadcast Corporation,” Netanyahu said.

However, in retaliation to the “great desecration,” the ultra-Orthodox protested in the streets, and Israel’s Chief Rabbi called for Shabbat to be extended by 20 minutes. Blocking traffic and attacking officers, the protest got nasty. Even with police horses, the protest didn’t break up.

Naturally, women — as they do everyday, all over the world — stepped in and took the issue into their own hands.

Standoff – women in bras vs ultra-orthodox Jewish protesters against #Eurovision being held on their sabbath pic.twitter.com/V3ppK5DynY

In a Twitter video, at least four badass women are seen stripped down to their bras, standing in the middle of the street across from the ultra-Orthodox crowd. Dressed immodestly, these women with chutzpah effectively broke up the protest, as it’s prohibited for religious men to see women in their undergarments.

Sometimes, the simplest of acts has the greatest effect. Now if only it were that easy to solve all our problems…