This 32-Year-Old Jewish Mom's Death Inspired the Donation of 40,000 Books to Kids in Need – Kveller
Skip to Content Skip to Footer

This 32-Year-Old Jewish Mom’s Death Inspired the Donation of 40,000 Books to Kids in Need 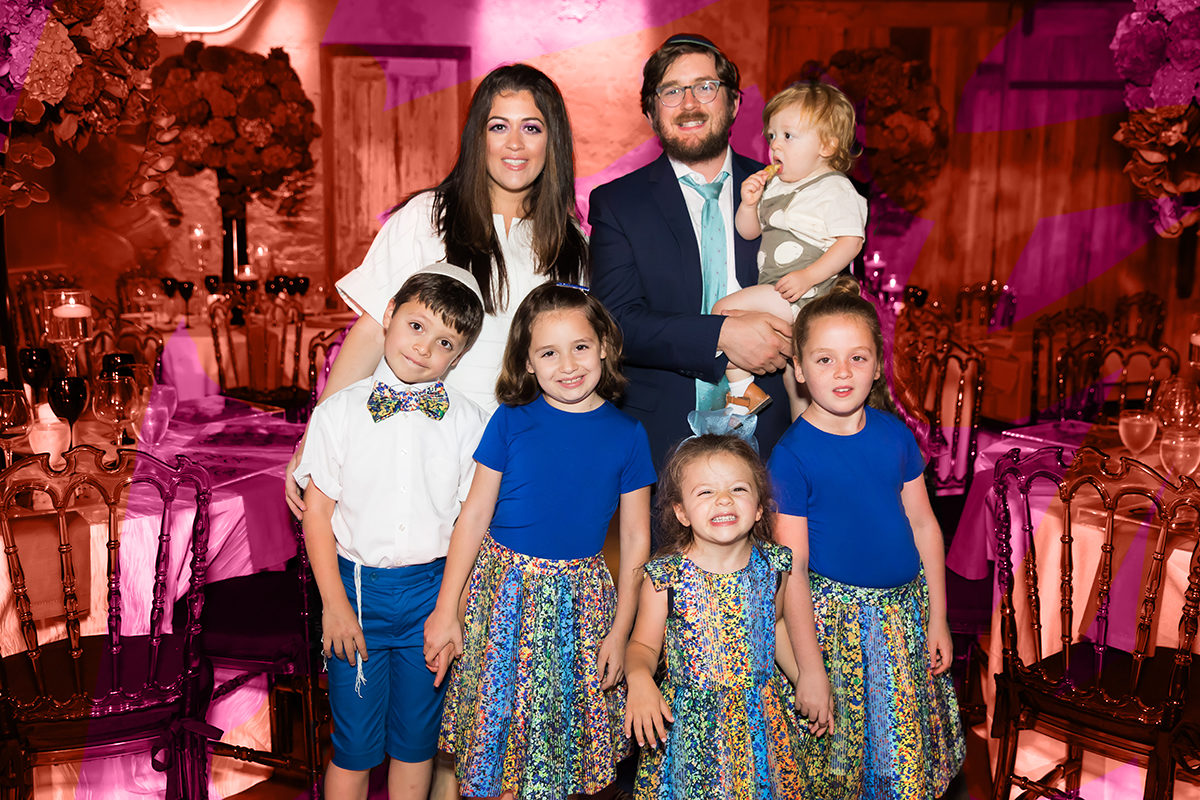 By all accounts, Hindi Krinsky, a mother of five, was an amazing person —  she was compassionate, caring, and imaginative. She was a dedicated teacher,  a creative mother, and a passionate lover of books.

And when this Jewish mother died in August 2018 at age 32 of complications from Crohn’s disease, her love of literacy inspired a charity that has since donated some 40,000 books to children across the country and the world.

As her husband, Dovid Kanarfogel, tells Kveller over email: “Hindi had a long and deep relationship with books. She was one of those kids who literally hid a flashlight under the covers to be able to read Nancy Drew in bed at night. She got into trouble at seminary for reading the ‘wrong’ kind of book despite trying to hide it in her laundry basket.”

She turned her passion for books into a career, getting her doctorate in literacy education. “Her dissertation on how non-traditional literature like comic books and graphic novels can be valuable resources for getting kids to not just learn the mechanics of reading, but as a genuine source of rich ideas to interact with,” Dovid said. Hindi then went on to teach English at the Hebrew Academy of the Five Towns and Rockaway High School in Lawrence, New York.

So when Hindi died — leaving behind Dovid and 9-year-old triplets Eliana, Hudi, and Ezra; 5-year-old Dorit; and 3-year-old Abie — her friend and former colleague, Leslie Gang, wanted to find the best way to pay tribute to her. Of course, she thought of books.

Gang, the director of communications at The Brandeis School in Lawrence, New York, said that she and Kanarfogel felt inspired by the Little Free Library boxes they’d seen around town. “We created the idea of having a few little library boxes on the school’s campus for students to enjoy,” Gang tells Kveller over email. “We then hand-painted three different libraries that are each inspired by Hindi and portray the power of reading.”

Gang and Kanarfogel then reached out for book donations for the libraries and were overwhelmed by the response. Within two weeks, they received some 500 books from friends, colleagues, and students.

And so, the team decided to keep that momentum going. They started a nonprofit organization — Hindi’s Libraries — and broadened their scope. Hindi’s Libraries have partnered with the likes of Barnes and Noble, Scholastic, and Penguin Random House and have, since January, collected some 40,000 books, and have distributed books to more than 350 organizations across the country, as well as Israel. 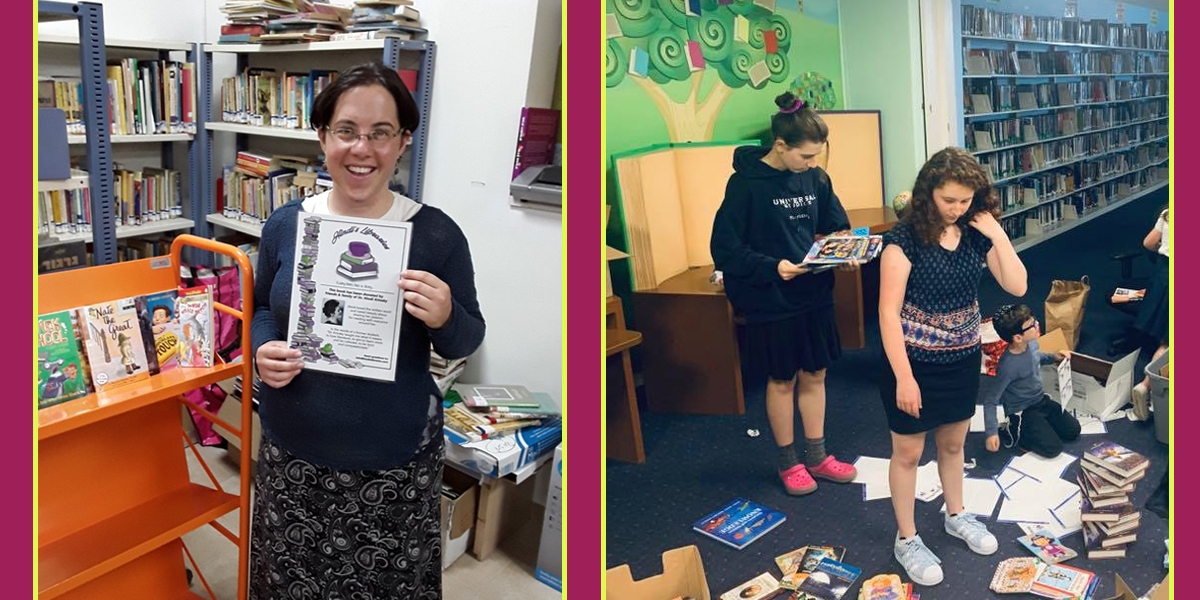 L: A recipient of Hindi’s Libraries in Israel R: Volunteers helping to sort out books

“I think that the power of kindness, the power of doing good and the power of making an impact in the lives of others are some of the most crucial values that we are taught as Jews,” Gang tells me.

One of the most moving projects they’ve worked on was a collaboration with a nurse at a local NICU. Gang says the nurse “watched as parents spent hours upon hours at the NICU. She chose to partner with us and create a lending library for parents — so that they can read books to their newborns and so that any siblings that visit can also read books while there.”

Thanks to a partnership with Disney Books, they were able to donate new reading materials for the parents (hospitals will only accept new books for health/immunity purposes) to help make their children’s stay at the NICU a little more pleasant.

As the organization grows, however, it is struggling to defray the cost of shipping. “We are a fledgling organization, and while there has been a tremendous outpouring of support with book donations, book drives, and manpower, the cost of shipping becomes astronomical,” Gang says. “We have been asked to send more than 450 boxes (at $25 each). We hope to keep our promise and fulfill these requests, especially because we have the books to do so, but the funding is simply not there at the moment.”

According to Gang, the goal is “to be able to, without hesitation of finances, ship books continuously throughout the world to any organization that may need — wherever they may be.”

Just this weekend, Kanarfogel says, “I was speaking to somebody who is traveling on business to India next week and he’s going to take a box [of books] with him there.”

The libraries also have a special place in the lives of Hindi’s children. “Because we do a lot of the work in my house, they definitely know what we’re doing and see it as a daily presence in their lives,” Kanarfogel says. “They know that a stack of boxes by the door means that the postman is coming tomorrow to pick up ‘Mom books,’ as we call them; sometimes they ask me where those boxes are going. They know that they can ‘borrow’ (but only borrow) books that have been donated.”

As Gang says:  “To anyone who may be facing a difficulty in their life, to those who are looking for strength, I urge them to learn about our story, to learn about the Kanarfogel family and how they’ve managed to create something so beautiful, so uplifting, and so powerful while experiencing the unimaginable.”

You can volunteer to host a book drive and donate to Hindi’s Libraries on their website.