This Beautiful Passover Tribute to Jerusalem Warms Our Hearts 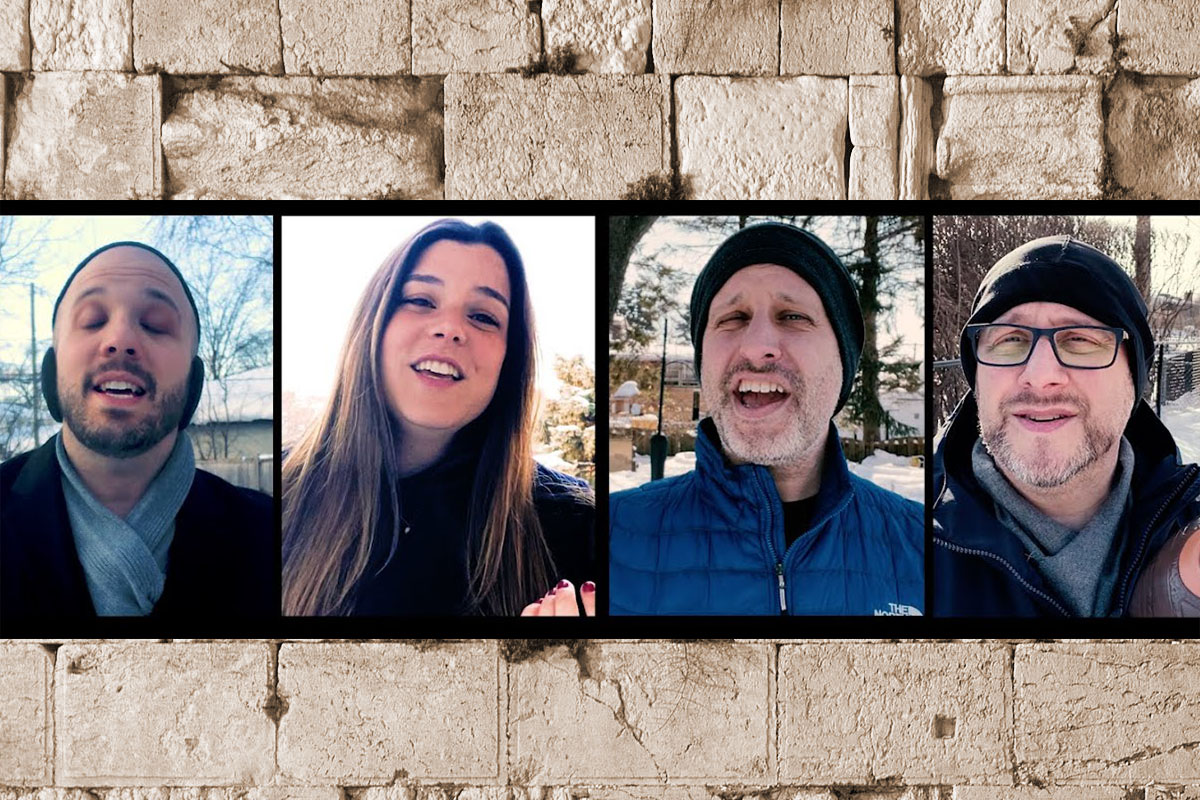 At the end of the Passover seder, we always say, “Next year in Jerusalem!” Last year, with physical seders canceled due to Covid-19 — a situation most of us are experiencing this year as well — many of us added, “Next year in person!”

No matter what our seders look like this Passover, that original saying is still as significant and poignant as ever. In fact, it may be even more poignant now that the pandemic is, at last, beginning to come to an end.

This is why co-ed a cappella group Listen Up! decided to honor that phrase with their Passover song this year, which is a moving rendition of a famous song that honors the beloved city. “Yerushalayim Shel Zahav,” Hebrew for “Jerusalem of Gold,” is a classic by Naomi Shemer that is, essentially, a beautiful poem about the longing for Jerusalem. It was commissioned by Jerusalem mayor Teddy Koleck in 1967 and was originally performed by Shuli Natan.

The song came out three weeks before the Six-Day War — in which the city was fully conquered by Israeli forces — and describes a Jerusalem still divided by a wall. After the war, “Yerushalayim Shel Zahav” was seen by many as a sort of unofficial Israeli anthem, often compared to the official Israeli national anthem, “HaTikvah“ and it became one of the most famous modern Israeli songs, both nationally and internationally.

(In fact, much in the way Woody Guthrie’s “This Land Is Your Land” was a response to Irving Berlin’s uber-patriotic “God Bless America,” singer Meir Arielli, a paratrooper who fought in that war, actually released an alternative version of the song, “Yerushalayim Shel Barzel“ — “Jerusalem of Metal,”  which draws attention to the terrible human price and reality of war.)

“As we all are beginning to get vaccinated for Covid-19, we really feel the renewal of springtime this Passover,” Steve Singer, the a cappella group’s baritone/bass, wrote in an e-mail. “To share our gratitude and hope for a better year ahead (with the pandemic behind us), we could think of no better song.”

Indeed this version, which is accompanied by a video the band filmed outdoor in the Chicago snow (46 inches!!), is quite powerful. Singer Kadi House movingly sings the first half of the song, in the original melody — and then the second half of the song takes an upbeat, exciting turn with the alternative melody. What a great, perfectly timed cover. Playing this lovely cover sounds like the perfect way to end the seder of 2021.