This Yiddish Version of ‘God Bless America’ Must Be Heard 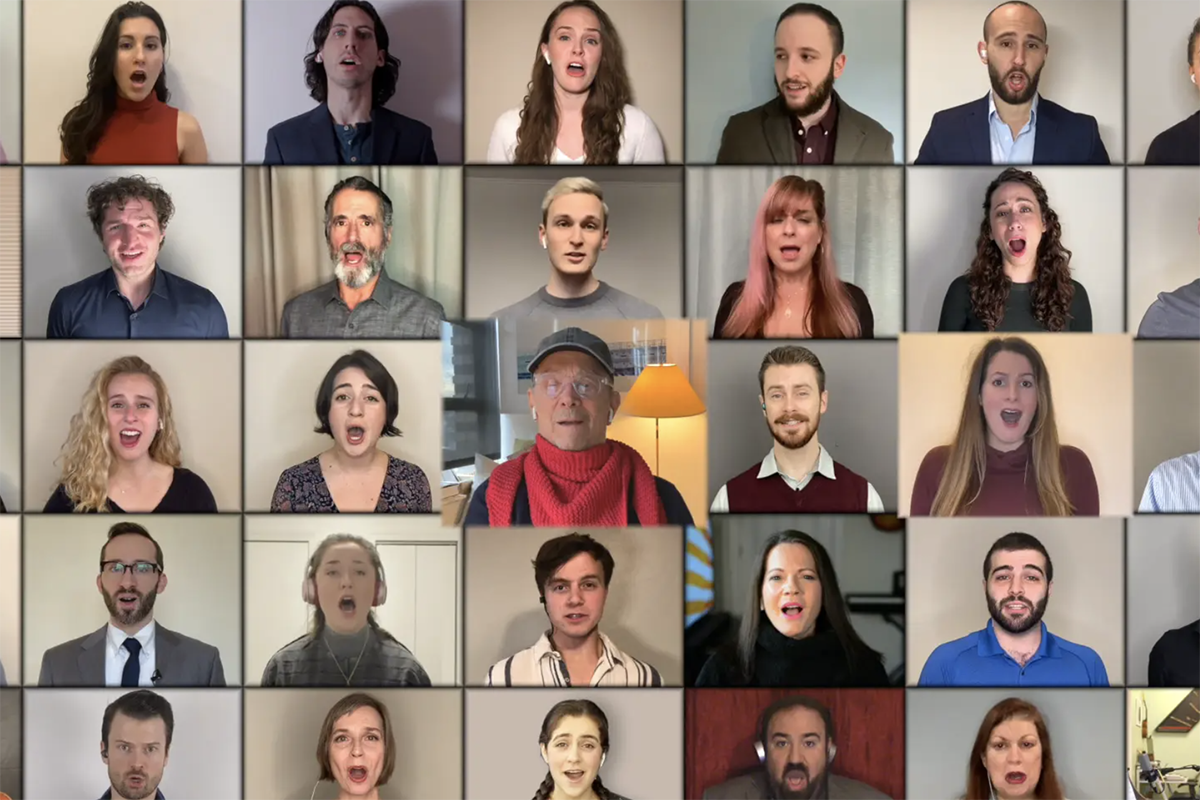 “God Bless America” is an anthem that has become a staple at political events and sports games, a song that symbolizes American pride and hope. With today’s inauguration, many of us are thinking of this frequently uttered phrase and these oft-sung words.

But as the cast of the National Yiddish Theater Folksbiene’s production of Fiddler on the Roof, led by director Joel Grey, reminds us, “God Bless America,” which was written by Irving Berlin, has very Jewish roots. In fact the company just released a moving rendition of the tune in one of the songwriter’s mother tongues: Yiddish.

Berlin immigrated to the U.S. when he was 5 years old; he was born as Israel Beilin in Imperial Russia back in 1888. The “White Christmas” lyricist originally wrote “God Bless America” in 1918, while serving in the army during WWI. But the song laid abandoned until 1938, when the rise of Nazism inspired him to revive the song. Kate Smith, the soprano singer who was known as “The First Lady of Radio,” asked Berlin for a song for her Armistice Day episode — in fact, the first Armistice Day ever, which was first marked November 11, 1938, as the song was originally meant as a peace song.

However, the song premiered the day after Kristallnacht, which soon changed the song’s meaning — and even led Berlin to revise the lyrics, removing an anti-interventionist opening verse that existed in the first iteration of the song.

While it is known that singers like Woody Guthrie disliked the saccharine nationalism of the lyrics (in fact, he wrote “This Land is Your Land” as an alternative), the song was also boycotted by the likes of the Ku Klux Klan and American Nazi groups because Berlin was a Jewish immigrant.

Fascinatingly, Berlin took no royalties from the song. “Instead, he created a fund that collected them and distributed them to the Boy Scouts and the Girl Scouts of America,” according to NPR.

Over the years, “God Bless America” has been adopted by a myriad of causes, as both a protest and a counter-protest song. It was used during labor rallies as well as early in the civil rights movement. During the Vietnam War, the song somewhat cemented its status as a conservative, anti-protest song. However, as Sheryl Kaskowitz, who wrote an entire book about the song, notes, Berlin left the lyrics very vague — something the songwriter was known for. Kaskowitz believes that, ultimately, “God Bless America” was a love song for the land that was truly Berlin’s home.

Lisa Fishman, who played Bobe Tsaytl in Yiddish Fiddler — and who came up with the idea for the video, which was released on Tuesday, in advance of the inauguration — found special meaning in the song in this particular moment in history. As she wrote on the NYTF website: “As we emerge from this dark chapter of division and strife and welcome in a new presidential administration, singing this iconic anthem in Yiddish — the author’s native tongue — is a unique way for the Fiddler family to honor our incoming leaders, to celebrate the ideals and values of our country, and to pray for this beautiful and fragile — yet enduring — democracy.  I can’t think of a more appropriate time in history or group of people to share Berlin’s prayer with the world.”

It does truly tug at the heartstrings to hear this song, which once elicited antisemitic protest, be sung in songwriters’ native Jewish tongue. That’s especially true at this moment of great darkness, devastation, and division — but also at the dawn of a new administration and of renewed hope.

You can watch the full rendition of the Folksbiene’s version of “God Bless America” here.