This 'Hamilton' Ode to Janet Yellen, the First Jewish Woman Set to Head the U.S. Treasury, Is Everything – Kveller
Skip to Content Skip to Footer 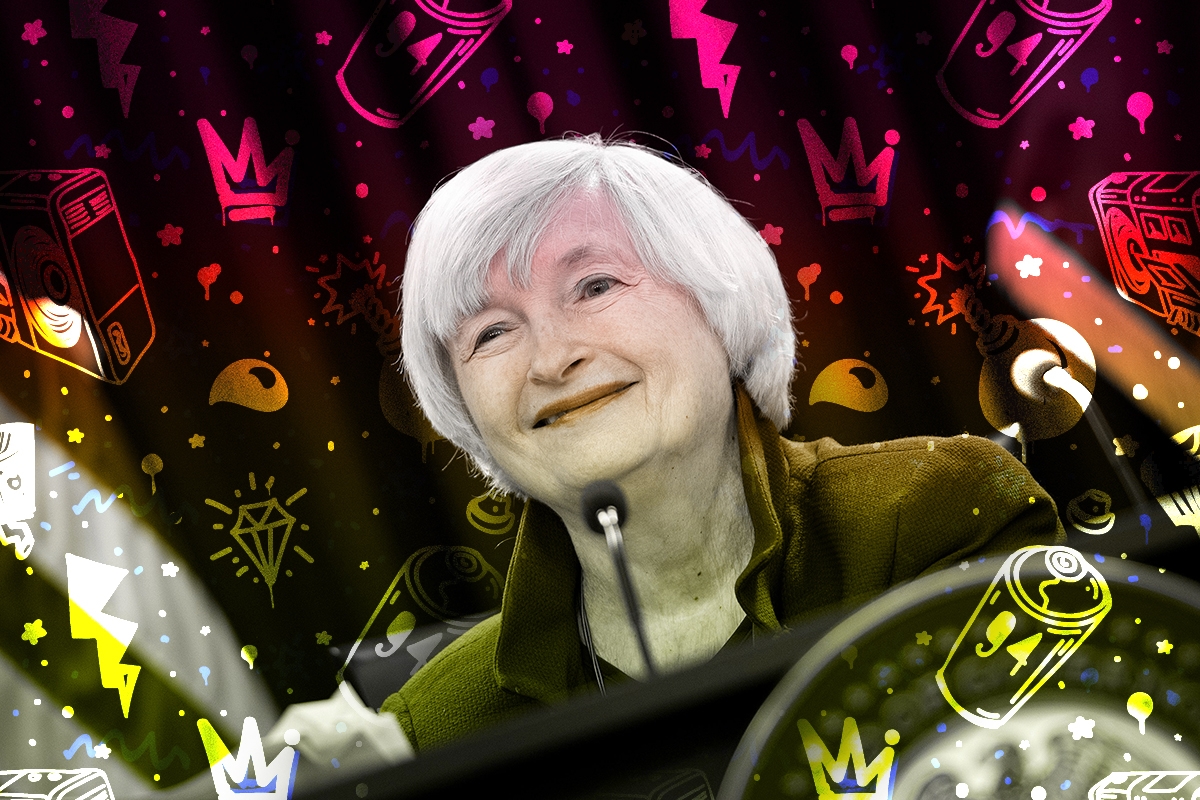 This was the final line uttered by now-POTUS Joe Biden in December as he announced the nomination of Janet Yellen, the first woman — and the first Jewish woman — ever appointed to hold the position of Secretary of Treasury in the U.S. back in December. The 74-year-old was also the first (Jewish) woman to chair the Federal Reserve. Inspiring feats for a girl who grew up in a Polish-Jewish family in Bay Ridge, Brooklyn!

Biden may have dropped the gauntlet last month, but I’m pleased to report that it’s already been picked up: There’s now a Hamilton-style song about Yellen, whose confirmation is well underway, and the world is now a bit brighter for it. True, “Who’s Yellen Now?” was not written by Miranda himself, but it is still a delightful and fiercely catchy bop. In fact, it’s quite likely that I will be wandering around the house singing it all weekend — apologies in advance to my entire family and anyone who happens my way.

It was the economics and business-focused radio show Marketplace that commissioned the brilliantly fresh song from rapper Dessa. A member of the hip hop collective Doomtree, Dessa does have serious Hamilton cred: she was featured on the 2016 album Hamilton Mixtape, where the Puerto Rican artist delivered a powerful cover of the song “Congratulations.”

Honestly, every word in this new ode to Yellen is absolute, on-point brilliance. These lines will literally make you clap out loud, and if you weren’t already a Yellen fan, you, like Dessa and her songwriting crew, will be by the time the track is over. (And then you’ll press play again.)

Dessa praises the Jewish fiscal whiz for both her brilliance and her iconic looks, from her bob to her signature popped collar (yes, tearfully thinking about Ruth Bader Ginsburg’s iconic jabot right now) to her diminutive stature — which is reportedly the reason Trump previously passed on her for the job:

“She’s 5-foot nothing, but hand to God
She can pop a collar, she can rock a power bob.”

Dessa also reminds us that Yellen’s position is pretty darn important. After all, not only is she managing the nation’s finances, she’s also fifth in line for the presidency.

One of the best parts of the song is an amazing bridge, in which Dessa incorporates the melody of Mary J. Blige’s iconic “Family Affair” to lay down the new law of Yellen’s treasury:

“Don’t want no tax evasion
Forgers faking
In her treasury
Trying for higher wages
For the nation
Less disparity.”

Amen to that! Seriously, by the time you finish listening to this incredible tune, you will be ready to “lift up your mojitos” (or your limonanas if you’re not currently partaking in alcohol, like me) for Yellen, because, as Dessa raps: “she manages the mint.”

When @JoeBiden joked that @JanetYellen should have her own @HamiltonMusical … it got us thinking, what would that sound like?

As it happens, we know an artist on The Hamilton Mixtape. We'll let @dessadarling take it from here. pic.twitter.com/pCTZL5fBDY