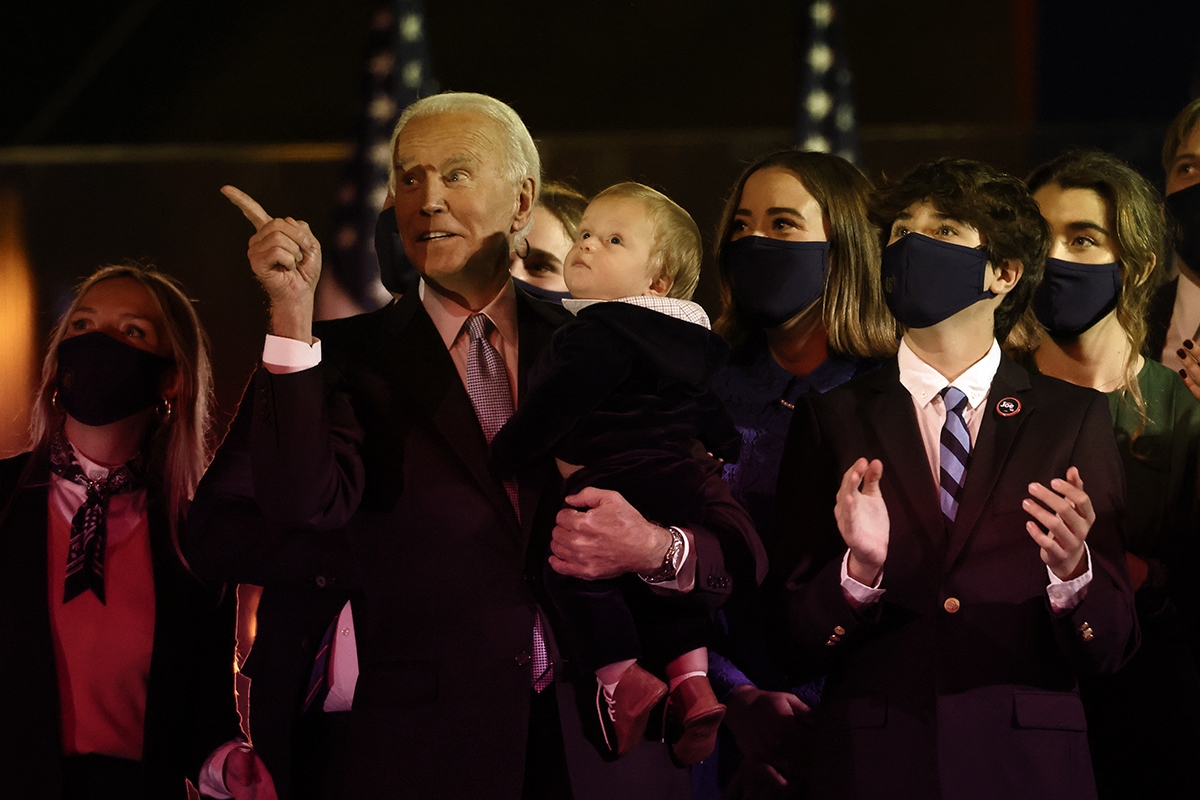 By now, you likely know how excited we are about Kamala Harris’s husband, Jewish dad and future Second Gentleman (Second Dude?) Doug “Dougie” Emhoff. Not only is he the spouse of the first-ever woman to serve as Vice President of the United States, he’s also the first Jewish person to fill this role. Such naches!

But as a publication that celebrates Jewish families, we’d be remiss to overlook President-elect Joe Biden’s Jewish relatives — of which there are many. In fact, all three of his kids married into Jewish families — which means Biden is the grandfather of some pretty adorable Jewish kids.

Now, as far as we know, Biden’s extended family isn’t going to be an active part of his administration. But we’re still going to see them on stage at events and such. And so, in order to help you point and kvell, here are the Jewish members of the President-elect’s family:

First up, let’s talk about Hallie Olivere, now Hallie Biden, who was the wife of Joe’s oldest son, Beau, the former Delaware AG who died of cancer in 2015. Joe Biden has known Olivere’s Jewish mother, Joan, since they were kids — he once joked that he had a crush on her as a kid: “I was the Catholic kid. She was the Jewish girl. I still tried. I didn’t get anywhere,” Biden said at a Jewish event in Delaware in 2015.

Then there’s a nice Jewish doctor Howard Krein, who married Joe’s youngest daughter, Ashley Biden, in 2012. Ashley, 39, is a social worker, the former executive director of the Delaware Center for Justice, and a fashion designer. Krein, 54, is the chief medical officer at StartUp Health, an associate professor at Thomas Jefferson University Hospitals, and the senior director of health policy and innovation at Sidney Kimmel Cancer Center at Jefferson — so yes, a pretty accomplished couple. They do not have any children.

Krein and Ashley were introduced by Beau, and have been dating since late 2010. They got married in an interfaith ceremony held at the Delaware church where Ashley was baptized. It was officiated by a Roman Catholic priest and a Reform rabbi, Joseph M. Forman.

“A ketubah was signed. The couple got married under a beautiful chuppah, made of natural branches with a cloth covering,” Forman, the rabbi at Or Chadash, a congregation in in Flemington, New Jersey, told The Forward. “The wedding ceremony started with the traditional baruch haba [welcoming] and included the priestly blessing and the sheva brachot [seven blessings]. The groom stepped on a glass at the end.”

The reception included a precursory hora dance, in which VP Biden happily participated. 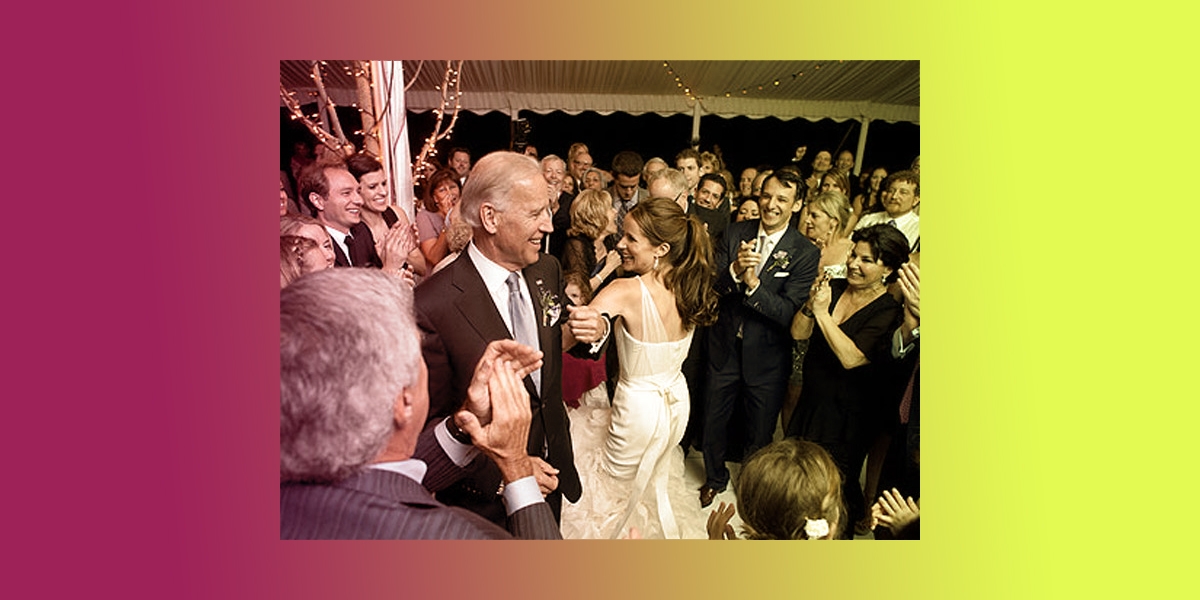 According to a colleague, Krein is “a proud Jew.” And, speaking of pride: Joe kvelled about his Jewish son-in-law at a political event in Ohio in 2016, saying: “I’m the only Irish Catholic you know who had his dream met because his daughter married a Jewish surgeon.”

Biden’s third Jewish in-law is Melissa Cohen, 34, a documentary filmmaker from South Africa who is Hunter Biden’s second wife. According to the Daily Mail, Cohen was raised Melissa Batya Cohen by her Conservative Jewish parents, Zoe and Lee Cohen. She has four brothers. She is an outspoken environmentalist and, according to friends, has recently been vocal against antisemitism. She’s also the mother of Joe’s newest grandson — if you noticed the President-elect holding an adorable baby during the fireworks that followed his victory speech, that’s him!

Melissa and Hunter had a true whirlwind romance. Within their first week of meeting, they got engaged and got matching tattoos (or more precisely, Hunter got a tattoo to match Cohen’s existing one). They’re of the Hebrew word “shalom” (hello, peace), both are in the same location.

A month after getting engaged, the two got married in Cohen’s LA apartment, on her roof deck. While Joe did not attend the wedding, he gave his approval after the fact, which Hunter tearfully recalled for the New Yorker: “I called my dad and said that we just got married. He was on speaker, and he said to her, ‘Thank you for giving my son the courage to love again.'”

Cohen gave birth to a “healthy baby boy” on March 28 of this year, according to her brother, Garyn. “We are ecstatic about the baby. We actually feel that like a time like this, with the whole world in crisis, bringing a beautiful baby into the world is an opportunity to focus on the good, instead of this virus that is ravaging the world and causing a pandemic.” The couple reportedly named the boy Beau.

Hunter has three children from his previous marriage: Naomi, Finnegan, and Maisy. On Saturday night, during the post-speech celebrations, we also witnessed Naomi holding her baby brother on stage, after her grandfather did. It was truly a moving sight. No matter your politics, it’s hard to deny that Joe Biden’s complex, beautiful, interfaith family truly does love each other. We can’t wait to see them all together again on inauguration day.