This Holocaust Survivor Just Reunited With the Daughter She Never Knew 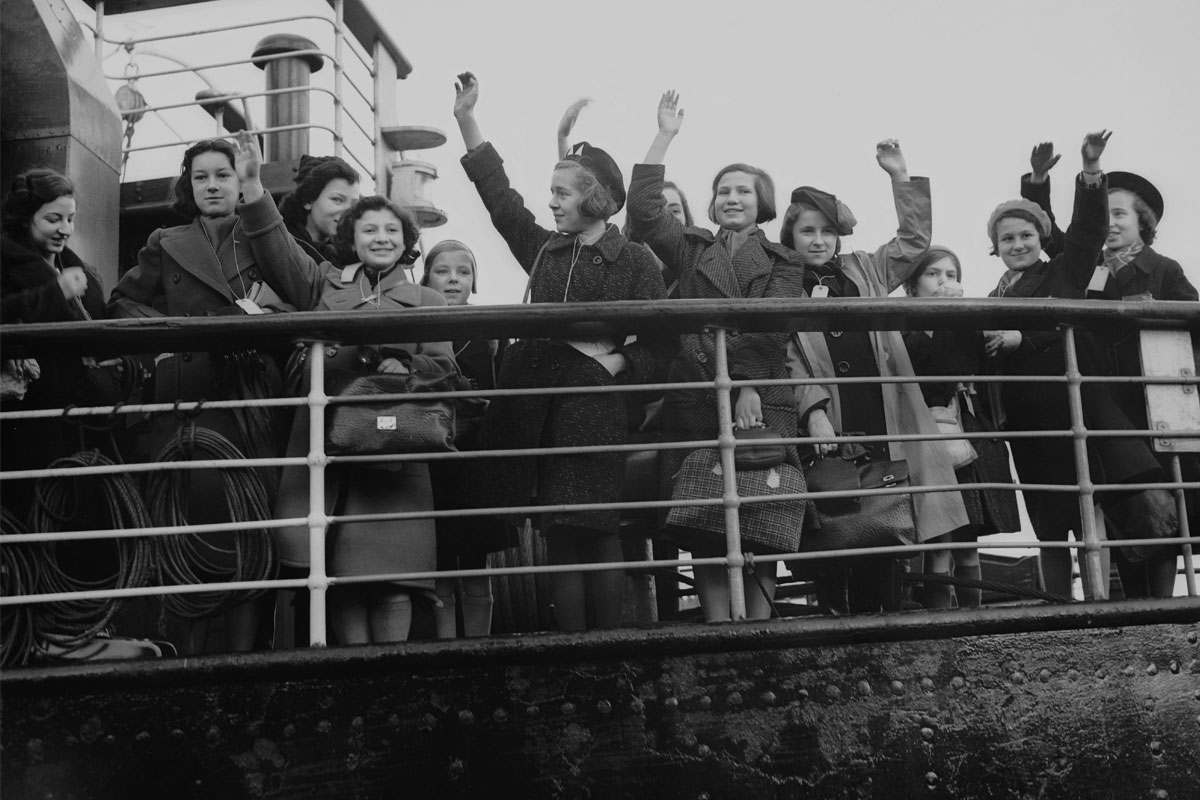 On May 7, 2022, Holocaust survivor Gerda Cole attended her 98th birthday party. The recreation room at Revera Kennedy Lodge Long Term Care Home in Toronto, where Gerda lives, was decorated in blue — her favorite color — and she wore a crown and sash.

It’s not every day that a person turns 98 years old, but this 98th birthday party was still no ordinary one: The celebration also marked Gerda’s reunion with Sonya Grist, the now 79-year-old daughter she decided to put up for adoption in 1942 while living in England as a Jewish refugee.

The tearful reunion, which was documented in a Washington Post article, was, according to Gerda, “the best thing that has happened to me.”

It was also a long time coming.

Shortly before giving Sonya up for adoption, Gerda escaped the Nazis and her homeland of Austria via the Kindertransport in 1939. A few years later, at just 18 years old, she was pregnant, in a failing marriage, without means and still separated from her family; though Gerda’s mother would survive the Nazis, her father would not.

“It was hard,” Cole said, explaining to The Washington Post why she gave Sonya up to a German couple in England. “If I had been in a better position, I would have tried.”

The pair was apart for eight decades. During that time, Gerda found work as an accountant with a part-time job at Burger King to fund her passion for traveling. (She also loves archaeology and has volunteered at archeological sites in Israel!) She was married five times, moved to Canada in 1965 and later earned three university degrees. She had no other children of her own. Gerda often thought about Sonya, but per a condition of the adoption, she was prohibited from any communication with her biological daughter.

So, at the same time, Sonya grew up in England without her biological mother. She ended up marrying, having three children and working as a tour guide. Despite looking for her birth parents previously, she had no luck.

In 2021, Stephen was trying to verify his Austrian roots in order to secure European citizenship. Armed with his biological grandparents’ names, which were written on Sonya’s birth certificate, he was able to find more information about them.

“I would spend an hour a night going down these rabbit holes and finding out remarkable information along the way,” Stephen told The Washington Post.

Still, he wasn’t able to find Gerda’s death certificate, which he would need to send to the Austrian Embassy during the citizenship application process. Eventually, he found Gerda’s stepson via Facebook and reached out — only to discover that his biological grandmother was alive!

“My first reaction was, I want to go and see her,” Sonya Grist told reporter Sydney Page, adding, “I was thrilled.”

Despite initial hesitancy after hearing from the Grists, Gerda decided it was time to meet. On May 6, 2022, Sonya and Stephen departed England for Canada. The next day, they met Gerda for her birthday — and Mother’s Day.

“I made so many mistakes, and yet she went looking for me and she found me,” Cole said. “It was incredible.”

Sonya, who feels similarly, said, “I bear no malice, no grudges, no nothing.”

Per the article, the pair formed an instant connection, finding they had things in common, like a love of traveling and learning new languages.

They plan to see each other again — and next time, Sonya and her son will bring their entire family.

“I would love to join their family,” Cole explained. “At this point, there is nothing more I would like than to be together.”