This Jewish Actress May Play Amy Winehouse in Upcoming Biopic 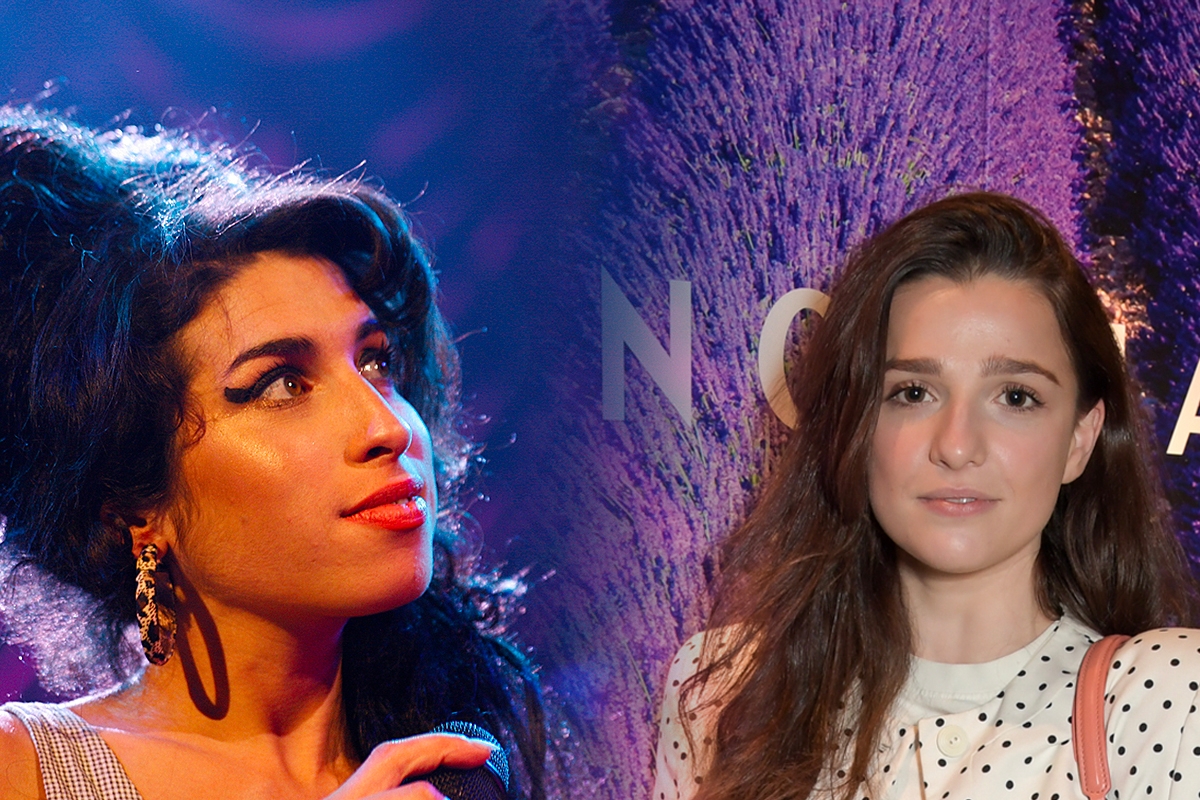 It’s been over a decade since Amy Winehouse passed away from alcohol poisoning at age 27. The Jewish singer, with her signature dark, thick, wing-tipped eyeliner and big black hair, left us with a legacy of unparalleled music — recordings of a voice that sounds like no other. Yet there is now an entire generation that risks growing up without ever hearing of the British phenomenon.

Luckily, there are quite a few people who are determined to keep her legacy alive. A biopic about Winehouse named “Back to Black,” the title of her hit debut album and Grammy award-winning song, is currently in the works.

The movie has the blessing of Amy’s father, Mitch Winehouse, who famously derided the 2015 “Amy” documentary film about the singer for its inaccurate portrayal of his daughter.  It will be helmed by director Sam Taylor-Johnson, who was friends with the late singer. Taylor-Johnson previously directed “Nowhere Boy,” a film about John Lennon’s youth. She is married to Jewish-British actor Aaron Taylor-Johnson, who played Lennon in the film.

Variety recently revealed that Taylor-Johnson and the team behind “Back to Black” are currently considering actress Marisa Abela, a 25-year-old who made her TV debut in “COBRA,” in which she played the daughter of the British prime minister who gets in trouble after her friend overdoses on drugs she supplies. She’s currently starring in BBC/HBO’s “Industry” and has a role in the upcoming “Barbie” movie.

Abela has Jewish heritage, which “important to the creative team behind the movie, in order to be as authentic as possible to Winehouse’s own background,” according to Variety.

Winehouse grew up in a Jewish household in North London. She (reluctantly) attended Hebrew school, but felt more culturally Jewish than anything else — “being Jewish to me is about being together as a real family. It’s not about lighting candles and saying a bracha,” she once said. She was also a frequent collaborator with Jewish American-British DJ and producer Mark Ronson, who produced “Back to Black.”

Amy and her family at her brother’s bar mitzvah party in 1992 and a young Amy at home. Images courtesy of the Winehouse family and the Jewish Museum London. 🖤 pic.twitter.com/5brHWYbKRd

Abela’s mother is Caroline Gruber, an actress who recently starred in the Tom Stoppard West End production of “Leopoldstatd,” a play that follows a Jewish family in Vienna for over 50 years, from 1899 to 1955.

The actress recently spoke about her family’s heritage in relation to her role in “Industry,” the HBO show about British day traders in which she plays Yasmin Yasmin Kara-Hanani, an ambitious recent graduate trying to make it in the tough world of international finance and investment banking. Yasmin is a people-pleaser who speaks many languages and comes from a mixed background. The actress said her personal experiences influenced her approach to the character:

“Well, I am someone whose mum and dad come from completely different cultures — my dad is Maltese Arab and my mum is from a family of Polish Jewish refugees,” Abela told The National. “You’ll see this season that Yasmin’s dad is more similar to my mum’s heritage, and her mum’s is most similar to my dad’s. Like Yasmin, my parents are separated, and we both grew up and went to boarding school in England. But the thing I relate to most is that those two cultures can be quite divisive, and you can feel like you’re being pulled in different directions.”

Abela is a rising star, and we definitely think she has the chops to play Winehouse. We haven’t heard her sing yet — and it’s unlikely anyone will be able to compare to Winehouse when it comes to vocals. Yet we love that the team behind the movie is committed to authentic casting. “Back to Black” is currently slated to be released in 2024.