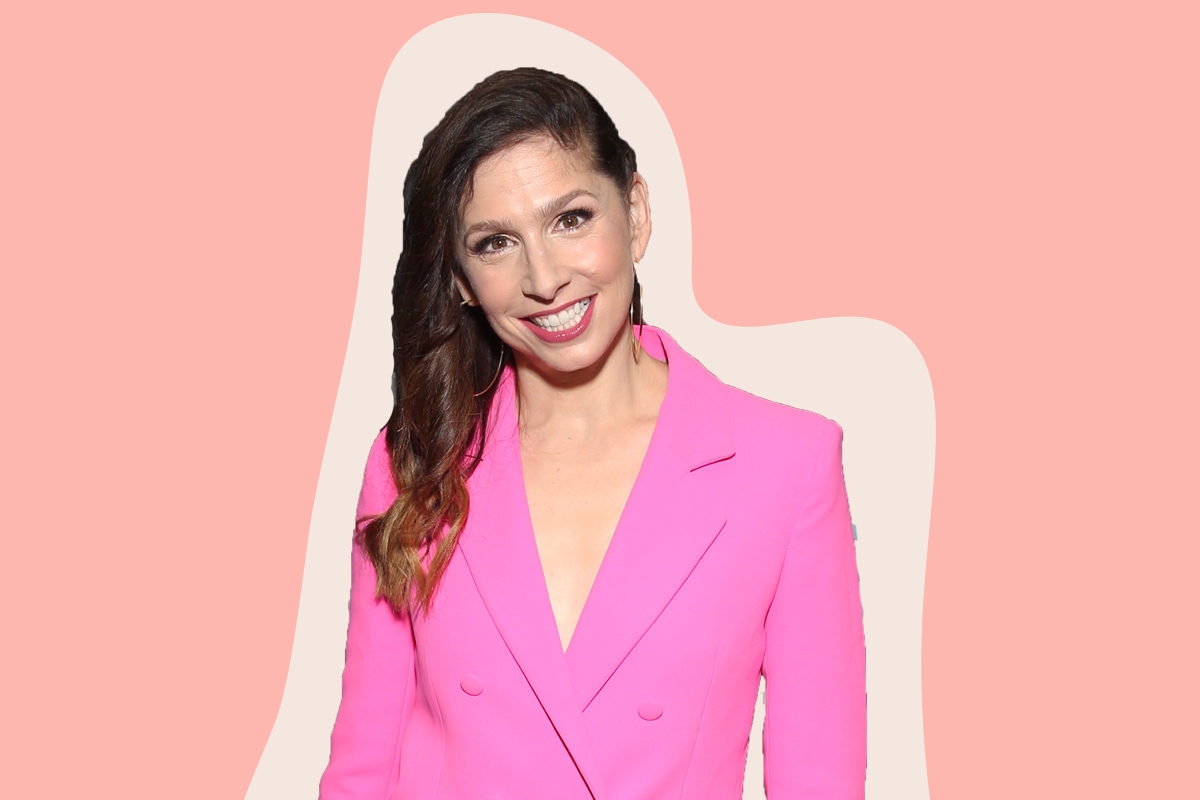 If you’ve stuck with Grey’s Anatomy over the course of its 16-season run, you may have recently spotted a new face at Grey Sloan Memorial Hospital: Dr. Lauren Riley, who is the first deaf physician portrayed in a recurring role on primetime TV.

The character is played by Shoshannah Stern, a 39-year-old deaf Jewish actress. The role is literally a dream come true for the California native: About 10 years ago, she had a recurring dream about starring in the medical drama. “It was always just me walking around in scrubs with the other doctors like I was one of them,” Stern told Variety. “I remember always having trouble adjusting when I woke up from these dreams, because they always felt so vividly real.”

Stern — who has a daughter, Mayim, 5, with her husband, Ricky Mitchell — is a veteran actress who’s had roles on shows such as Weeds and Supernatural. She was also the co-creator and co-star (along with her BFF, Josh Feldman, who is also deaf and Jewish) of This Close, a comedy that ran on Sundance TV for two seasons and featured an all-star ensemble cast that included pioneering deaf actress (and Jewish mom of four!) Marlee Matlin.

Happy birthday to my princess.

On the February 13 episode of Grey’s, Stern broke new television ground as a doctor who speaks both American Sign Language and English — as Stern does IRL. “I usually play characters who are more English dominant, meaning they mainly speak and lip-read, but that’s actually not my reality,” she told the Times of Israel. “Signing is my native language. It’s actually always a very vulnerable experience for me to speak on television because I’m always extra conscious that I’m using a language that’s not natural for me, and so it probably doesn’t sound natural to the audience either. I do it anyway, because I am a deaf person and this is what a deaf voice sounds like, and so I hope there’s value in that exposure.”

As is the case for many deaf people, the gene for deafness runs in Stern’s family.

“I am fourth-generation deaf, which means everyone in my immediate family is deaf,” she told Ability Magazine. “So I grew up always having 100 percent accessibility to language and communication, which was wonderful and something so many deaf people don’t have. On the flip side, even though I had some hearing, I wore hearing aids only when watching movies, because hearing was really more of a distraction than a benefit for me. I had no reason to hear since everyone in my world was deaf and I went to a university for the deaf.”

When she was pregnant, she told the Times of Israel, she was offered testing to see if her baby had also inherited the gene but she declined. “I knew there was a possibility, and that was enough for me to prepare, because I know I am deaf and that’s enough for me,” Stern said. (She declined to say whether her daughter is deaf or hearing.)

Stern was raised in a Jewish home in Fremont, California, and her family was (for a while, at least) the only deaf Jewish family in town. Both of her grandmothers were Holocaust survivors and she’s credited them with having an enormous influence on her life.

Tonight’s episode of @greysabc has a very special guest star… these face masks that have clear panels to help facilitate lip reading! They got approved by the FDA very recently, so I was beyond thrilled when the great team at Grey’s made it possible for @giacomo_gianniotti and I to wear them on camera. Keep an eye out for them, and more Dr. Riley tonight! #GreysAnatomy

“They sacrificed so much that they had for future generations, and I think that’s a lesson that we should always think about… You can’t just give up and feel sorry for yourself, because they didn’t,” Stern told the Times of Israel. “They were both deaf Jewish women and they persevered. Maybe you won’t achieve everything you want to in your life, but what you do now has the power to impact those who come after you.”

As for Stern’s Grey’s Anatomy character, she is similarly fearless. “She is a doctor who happens to be deaf,” executive story editor Tameson Duffy told Paste magazine. “The focus isn’t on her being deaf … That’s how we like to handle it on Grey’s. It isn’t that someone is different or diverse. That just is the reality of the world.”

“It was most important to me that Riley was the best at what she did because, not in spite, of the fact that she’s deaf,” Stern said of her trailblazing character. “It was also important that being deaf isn’t something that defines Riley, it just adds a unique layer to her. “