This New Beatles Parody by the Maccabeats Is So Groovy! – Kveller
Skip to Content Skip to Footer

This New Beatles Parody by the Maccabeats Is So Groovy! 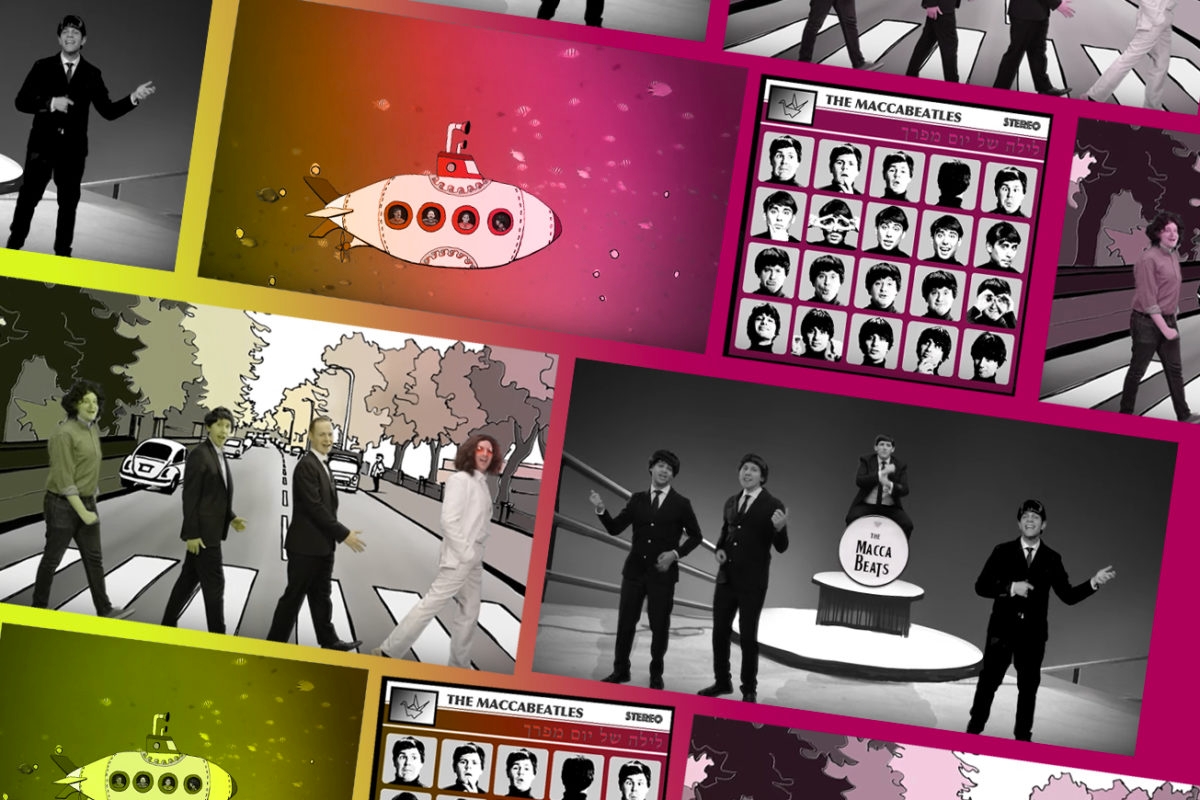 Turns out you can’t spell the Beatles or the Maccabeats without the word “beat” — and for good reason!

The Jewish a cappella group just released a new video in which it covers a medley of the iconic British band’s top hits, and it is so much fun.

We don’t know if this medley is inspired by a particular occasion. Perhaps it is meant to celebrate the new movie, Yesterday — which takes place in a world where the Fab Four never existed. (The film’s release has also brought many Beatles albums back to the charts). Perhaps one of the Maccabeats just “discovered” the White Album, or maybe a trip to Central Park’s Strawberry Fields sparked a big idea.

Whatever the reason, it’s a thoroughly delightful medley, which adds some surprising Yiddish and Hebrew twists to favorite Beatles songs — including, of course, a transformation of “Hey Jude” into “Hey Jew,” because when you’re a Jewish a cappella group, you gotta do what you gotta do.

The visuals and costumes are seriously spot-on, and the medley ends with a moving Hebrew rendition of “Let It Be,” or “Lu Yehi,” which was originally translated by the legendary poet Naomi Shemer after the Yom Kippur War, re-contextualizing and changing some of the lyrics to reflect the post-war reality.

Watch this lovely medley below — you’ll be glad you did: