This Passover Sea Shanty Parody Is a Treasure 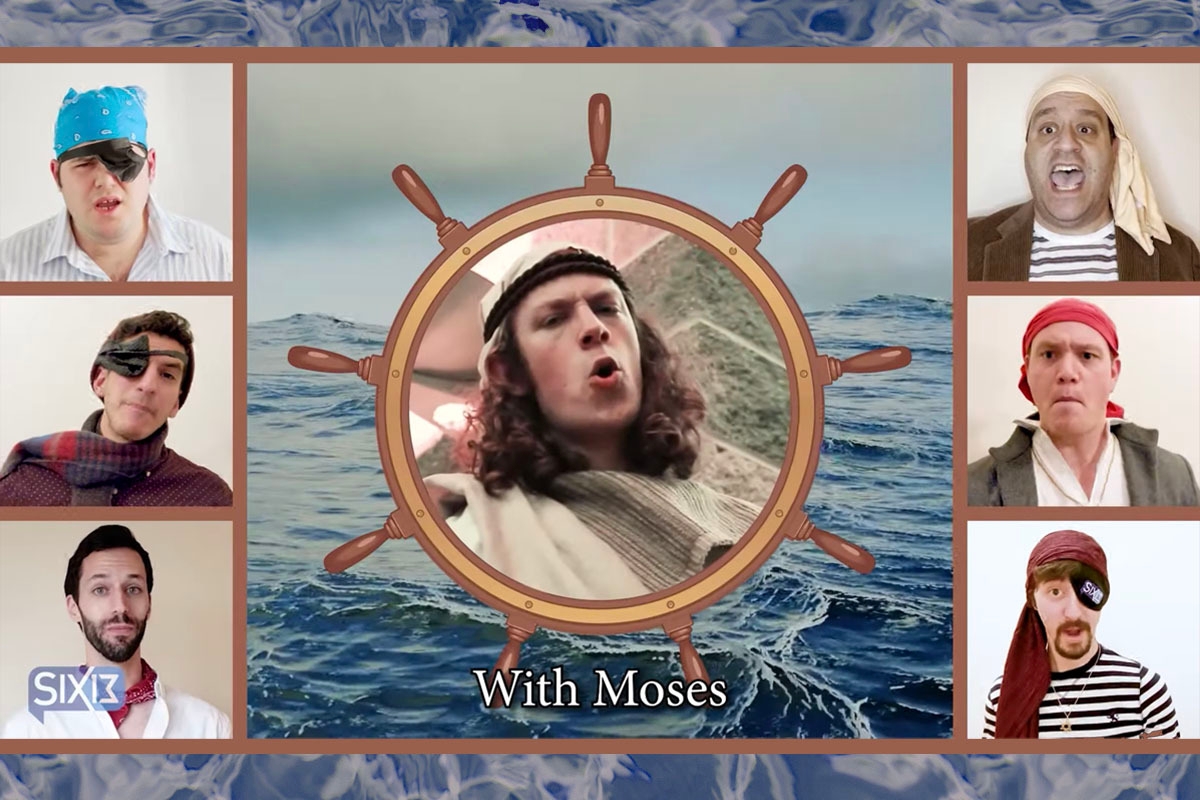 Sometimes you get a surprising and delightful Passover parody that you totally should have seen coming. That’s what happened when I first heard Six13’s “The Red Sea Shanty” Passover parody. I mean, after the explosive popularity of sea shanties on TikTok this year — to both the joy and the eventual exasperation of many-a-lovers of the social media app — it only makes sense that a Jewish a cappella group would pick up on the trend for a parody medley.

Sea shanties were absolutely made for a cappella music — but I am surprised at how well the Passover story translates into them. Though, again, perhaps I shouldn’t be: Jews have a long history of piracy! And no, I’m not talking about the online type (though, yes, that too). There are mentions of Jewish pirates as far back as the Hasmonean dynasty (that’s 140 BCE to 37 BCE for those in need of some historic navigation).

In more modern times, a lot of Jewish pirates were actually Sephardi Jews expelled from Spain. Some of them, including one pirate known as The Great Jew, actually attacked and looted ships of the Catholic Empire — oh sweet, sweet, pirate-y revenge. In fact, you can find the burial sites of some of these Sephardic Jewish pirates in Kingston, Jamaica. Jewish Pirates of the Caribbean, anyone?

Anyway, back to this absolute joy of a Jew-y sea shanty. There are so many gems in this medley. Perhaps my favorite is “What should we do with the middle matzah?” to the tune of “Drunken Sailor,” closely followed by Gilligan’s isle from “The Gilligan Island Theme” being turned into the Egyptian Nile. Not to mention that shouts of “ahoy!” just translate so easily into exasperated “oys.” (Eye-patched) chef’s kisses all around for the adapted lyrics on this one.

And in case you had any doubts, the video is just as good as the parody lyrics — a pirate costume does automatically upgrade any Zoom conference screen, and the maritime graphics are absolutely excellent.

What a bounty of Passover excellence Six13 has given us! Yo-ho-ho and a bottle of Manischewitz, mateys!