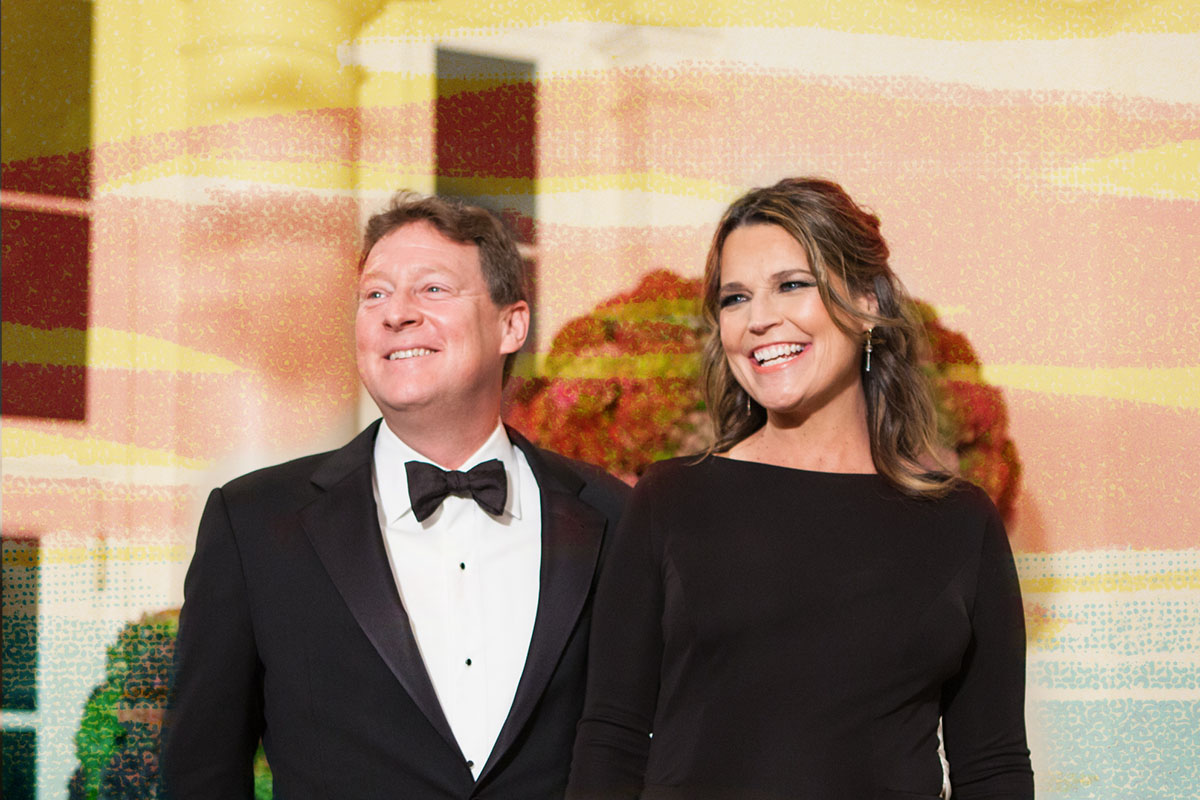 Faith is important to Today show co-anchor Savannah Guthrie. The 48-year-old journalist was raised Baptist and is a regular at downtown Manhattan’s Trinity Grace church.

However, as Guthrie recently told the New York Times, she is also raising her kids with Jewish tradition.

“I’m always so fundamentally aware of not being the center of the universe,” she told the Times. “Having a faith really helps you know your place in the world. And I really value that. And I find it endlessly fascinating. Believing in God, loving God, believing in a compassionate God, just absolutely spreads through everything I feel and the way I look at the world.”

Guthrie is married to communications consultant Michael Feldman, who is Jewish, and a former Democratic political adviser who worked as Chief of Staff on Al Gore’s 2020 presidential campaign. Feldman and Guthrie met in 2009 during a vacation in Turks & Caicos and got married in 2014.

The couple got married under a chuppah, and Guthrie told the adoring guests that she was four months pregnant with their first child, daughter Vale, 6.

The couple also has a younger son, Charley, 3. In a recent interview with Reveal, a magazine from The Property Brothers (Drew and Jonathan Scott), Guthrie and Feldman opened up about their Zoom school routine (which is, honestly, super impressive) and, the way they share their Jewish and Christian traditions with their kids.

“We celebrate all the holidays! We light the Hanukkah candles and Mike is teaching our kids the prayers,” Guthrie said. “They love Christmas — the presents and Santa Claus. We know that difficult questions may be coming, but we’re committed to raising them with full knowledge of their backgrounds. We hope as they get older, the kids will be inquisitive people of faith who find their own path.”

Guthrie also added that the kids got an amazing spinning dreidel during the Hanukkah of 2019: “It was like a spinning top that played electronic dance music. It was awesome.”

Guthrie grew up in a family that went to church three times a week, and her faith is extremely important to her and to her work. As such, giving her kids “the gift of faith,” as she said in 2018, is “one of my most important duties, maybe even more important than teaching them please and thank you and make your bed and don’t pick your nose (at least not in public).”

“So here is what my husband and I have decided together: We are going to share and expose our children to faith, and when they grow up, it will be theirs to choose what their relationship with God looks like for them,” Guthrie said.

We love this thoughtful, interfaith approach to teaching your kids faith and religion. Charley and Vale are two lucky kids!