Tyler Perry Invokes His Mother, a JCC Teacher, In Moving Message of Allyship – Kveller
Skip to Content Skip to Footer 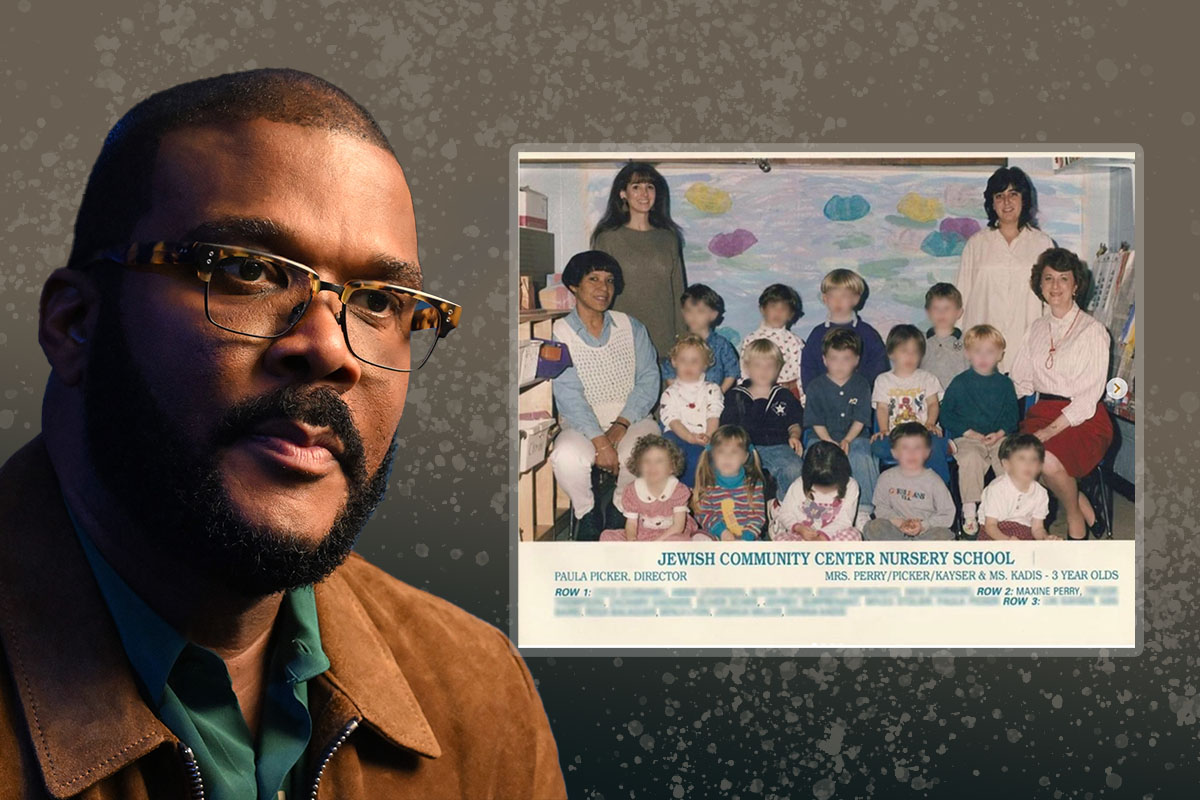 Tyler Perry’s mother, Willie Maxine Perry, was the inspiration behind the actor and moviemaker’s most celebrated character: Madea. She’s also the person who “made sure that I knew the commonality of what black people and Jewish people have endured,” Perry wrote in a recent Instagram post.

This week, amid news about Kanye West’s antisemitic tweets and rants, which have inspired antisemitic incidents including the waving of an antisemitic banner over a major LA highway, Perry shared the lessons his mother, a JCC preschool teacher, taught him about being an ally.

Perry shared a picture of his mother with one of her classes at the Jewish community center. You can see her on the bottom left, smiling with her fellow teachers at the camera.

In the post, Perry recalled a day when his mother came home devastated after a bomb threat was called into her place of work. She “was horrified that there were people who wanted to blow up a building full of children because they were Jewish.” Sharing a picture of those kids, with blurred faces, drives that point home. “It brought her back to that pain of having to live through the bombing of a church in Alabama where three little black girls died,” he wrote.

Perry said that while his mother taught him about slavery and the Holocaust in tandem, she didn’t only share with him stories of their “common pains” but also about Jewish-Black allyship. “It took allies to get us to a better place in this country and those allies didn’t look like us,” he wrote (to be fair, there are plenty of Black Jews in this country who we shouldn’t forget in this discourse, either).

He went on to share stories of those allies, including a picture of the founding members of the NAACP which included the Jewish civil rights activists Emil G. Hirsch, Lilian Wald, Henry Moskovitz and Rabbi Stephen Wise.

“It was Jewish allies that were murdered in Mississippi trying to help us get the right to vote,” he added, referring to the murders of Chaney, Goodman and Schwerner, three activists who were killed in Mississippi in 1964 while trying to register Black voters.

“It took allies to get us to a better place in this country,” Tyler wrote, adding that he can “fill this post with so many examples including my own allies that I work with today who have helped me grow a business that has allowed me to hire more black people than most businesses in Hollywood.”

He ended the post with a call for us all to refuse hate.

Willie Maxine Perry died in 2009 at age 64. She spent most of her life working at the New Orleans JCC. Last year, as he won a Humanitarian Award at the Oscars, Perry shared the anecdote about the bomb threat on his mother’s JCC — remembering her coming home in tears that day. He also spoke about the important lessons she imparted him. “My mother taught me to refuse hate, she taught me to refuse blanket judgment,” he said. “In this time, with all of the internet and social media and algorithms that want us to think a certain way,” he said, he “hopes that all of us will teach our kids to refuse hate.”

We can certainly say amen to that. We all appreciate Tyler’s message at this time, as a fellow American and prominent creator.