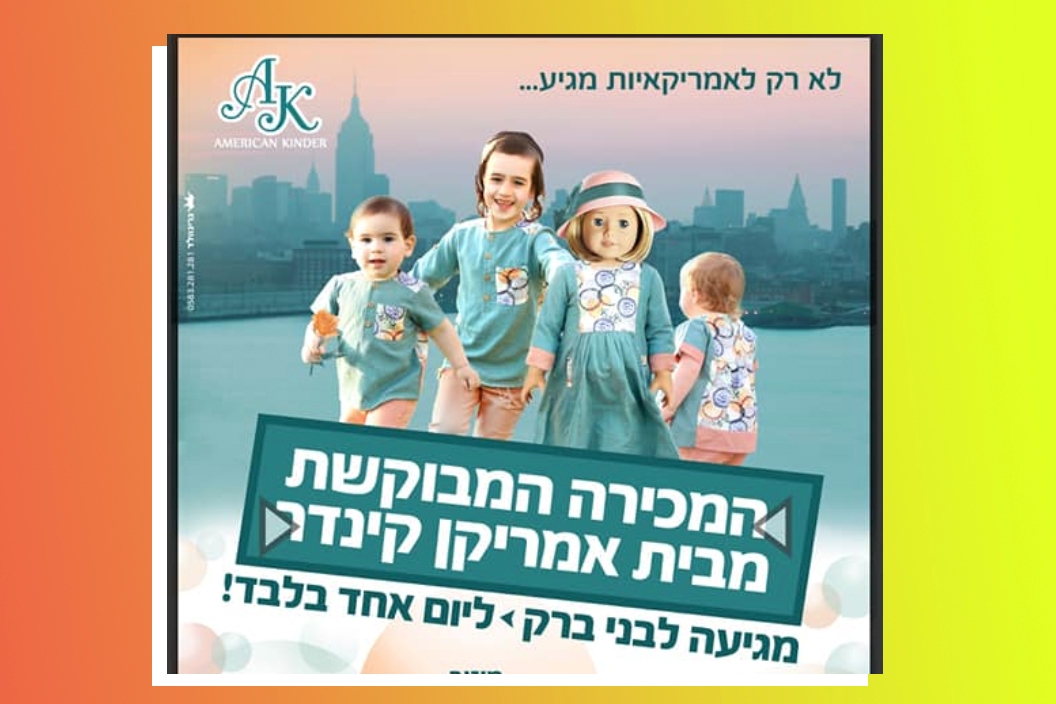 Are there women and girls who adhere to ultra-Orthodox Judaism? Well, yes, duh. Of course there are.

But if you were to examine media geared toward this community, you’d be forgiven for thinking otherwise. In recent years, there’s been a disturbing trend toward erasing the presence of women from published images.

We’ve seen women cropped out of IKEA catalogs, Israeli female ministers cropped out of government images, Angela Merkel cropped out of a post-Charlie Hebdo attack solidarity march, and this interesting way to show Hillary Clinton without, you know, actually showing her.

But a recent advertisement for an Israeli kids’ clothing shop reached a new level of cropping out women —  or, more accurately, girls — and we honestly don’t know if we should cry, be angry, or be generally dumbstruck by their creativity.

Chochmat Nashim — an amazing group of observant women who are fighting the exclusion of women from orthodoxy — recently posted on Facebook this ad from the Israeli store, Babyline, promoting a big sale. The professionally designed advert has cropped out little girls in a way that is truly freaky. Look below and see if you can spot it:

Yes, that’s right: Instead of showing photos of (modestly dressed, prepubescent) girls, the advertisement replaces girls completely with dolls. Honestly, we’ve never seen anything like this —  the result is so creepy and disturbing it almost feels like an ad for a horror film.

Some commenters were fast to point out the symbolism of replacing real-life girls with dolls. Rachel Furman Lewkowicz wrote, “Ultimate objectification — substitute an OBJECT for a living human female.”

“Message: it’s fine to see them as long as they don’t move or speak or live,” Sara K. Eisen, another commenter, added.

According to an article in the Jewish Press, the basis for this relatively new phenomenon is unknown. Some believe it’s a very extreme interpretation of Jewish modesty laws, while others believe that, as much of the ultra-Orthodox community shifts to the right, these publications are competing to be the most religiously observant.

Either way, there seems to be no basis in Jewish law to hide images of girls and women if they are modestly dressed. Moreover, this erasure can seem to be actively offensive and harmful, as in this truly egregious case of women being blurred out of historical Holocaust photos.