Want to Play Mah Jongg but Feel Intimidated? Let Kveller Help You Out! 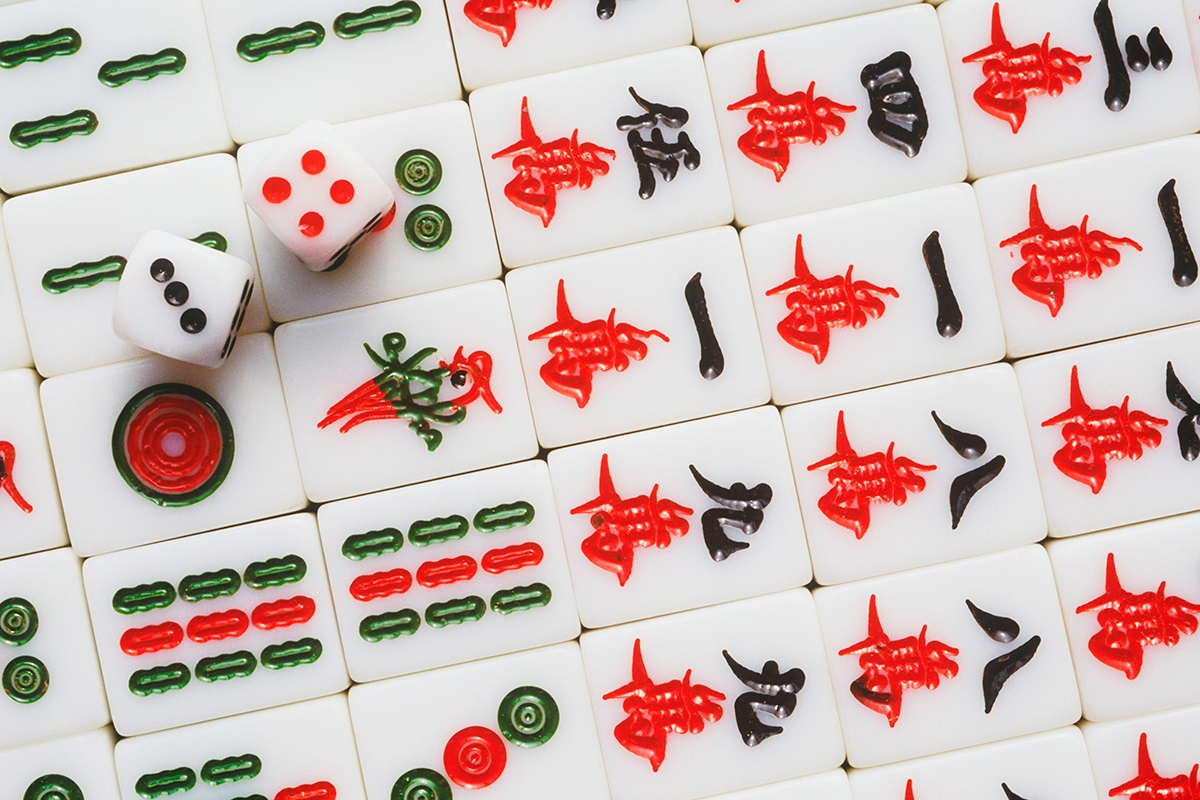 I didn’t bake bread during quarantine.

Nope, my biggest quarantine flex was that I learned how to play mah jongg.

Honestly, it was inevitable. Growing up, my mom, grandmothers, many of my aunts, great aunts, and cousins all knew how to play the Americanized version of the ancient Chinese game.

I clearly remember the nights my mom would host her mahj group — and not just because I was waiting for my opportunity to steal some A+ snacks. I’d hide upstairs, trying (and failing) to tune out the calls of “one bam,” “three crack,” and “nine dot,” thinking it was a game only for moms and older Jewish women. (I was a kid! I didn’t yet know its Chinese origins, OK?).

To be fair, the women in my family had tried to teach me several times over the years. But I took one look at the overwhelming mah jongg card and declared, “Oh, hell no.” I resigned myself to my ADHD, which makes focusing, seeing patterns, and linking concepts in my brain difficult.

But last March, when I accidentally found myself at home for 6 months, I realized I had nothing but time to learn how to play — ADHD be damned. Of course, the first time I sat down in front of the tiles I issued a disclaimer to my mom, saying, “I’m warning you now: I’ll have a lot of questions and I probably won’t get it.”

She was right, of course. Less than an hour later, I had found my new hobby. And when I say hobby, I mean passion. Obsession. My one true love.

In a matter of days, my mom had taught me, my brother (who was also home, doing law school via Zoom), and her boyfriend how to play this iconic game. Whether it was all four of us, two-on-two, or just three, we became mah jongg fiends — playing whenever and wherever we could.

It’s difficult to articulate how incredible it feels to play this game that my late grandmothers all adored. A game that my mom plays. A game that I never thought I’d be able to comprehend, let alone love fiercely.

And now, we (my mom and I) want to give this gift to you.

It’s your turn to learn from the best — AKA my mom, Debbie Levin, and me, her mah jongg intern.

Join both of us this Tuesday, May 25, at 5:30 pm ET on Zoom for a Mah Jongg 101 lesson! We’ll teach you all about the tiles, the infamous National Mah Jongg League card, the origins of the game, the differences between traditional Chinese mahjong and the American version, and more.

We’ll give you a basic rundown of how the game is played, and we will give you a lot of resources to dive even deeper!

To learn the actual game is difficult over Zoom, so unfortunately I wouldn’t expect to come out of this session a mah jongg pro. But, I can guarantee you’ll come out of it *WAY* less intimidated, and we’ll provide you with resources to learn how to play the game yourself.

So gather your snacks, channel your Jewish grandmother, and get ready to mahj! 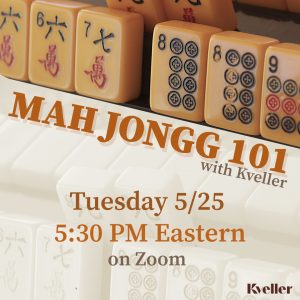