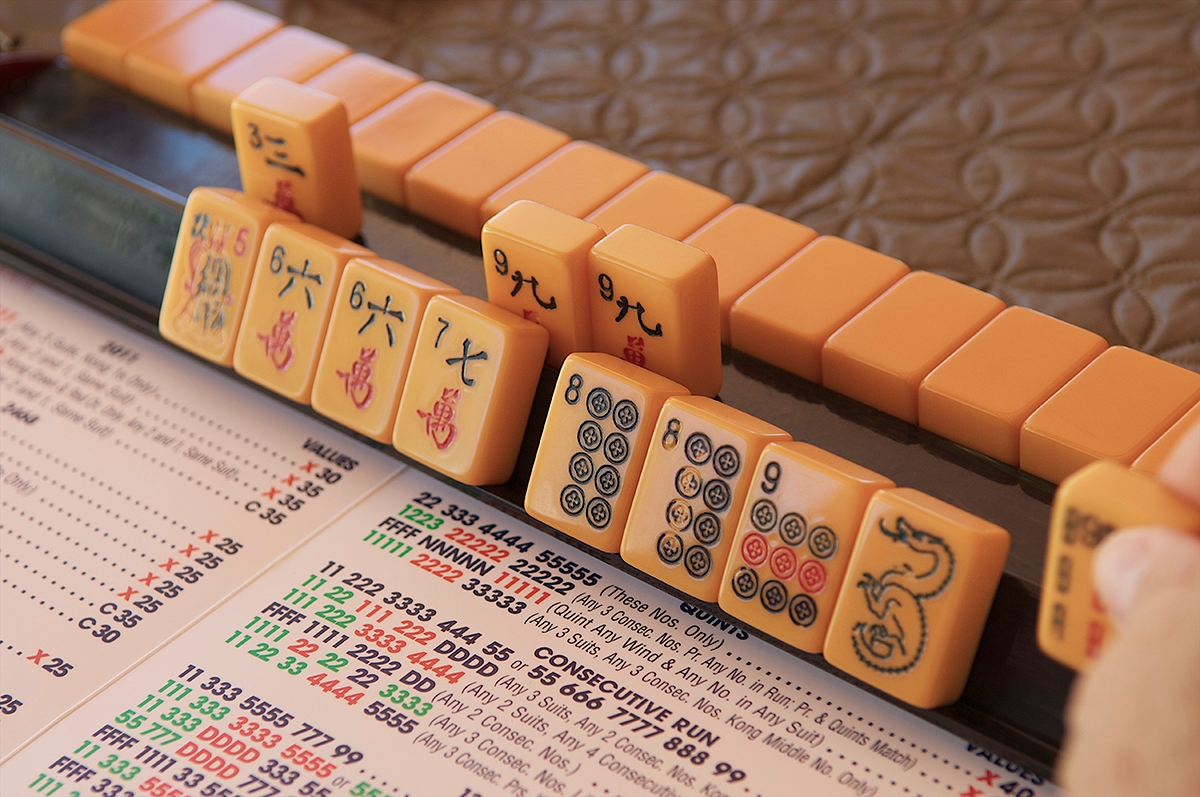 The ancient Chinese game of mah jongg is saving my sanity during the pandemic — it’s keeping me busy and helping survive the dread, boredom, and isolation that has defined much of the past year.

What’s more, playing mah jongg is rather good for my aging brain — and you don’t even have to take my word for it. According to recent, peer-reviewed scientific studies, playing this ancient Chinese game may keep dementia at bay. If I’m being completely candid, I am not a good player. But I don’t mind my poor scores since I now know that recent scientific research demonstrates mah jongg’s positive effects on memory and brain health.

However, it wasn’t science that started me playing. It was boredom, pure and simple. Or so I thought. Generally, I hate games, especially ones with rigid rules. To my pre-Covid self, mah jongg was the domain of old Asian men and nice, 1950s-era Jewish American housewives, like my mom.

In fact, my mother gave me her mah jongg set about 20 years ago. At the time, I was a working mom of four living in suburban Washington, D.C. Free time was scarce and playing games was the last thing on my mind. She just smiled at my unenthusiastic reaction. “This old set is a bit like me,” she said with a wry chuckle. “Seen better days but still operating. You may need it someday. Take care of it.”

I stashed it in a closet and promptly forgot all about it.

But then, after the years flew by like a shuffled deck of cards, my mother died in 2018 at age 100, the same week that our youngest child got married. My grief felt debilitating. I had been the poster child of the sandwich generation for decades, but suddenly, I was responsible for only myself. I felt rudderless, with time to spare and not enough to do. I studied Italian, joined a book club, played with my grandchildren.

But then, one day, I noticed a social media post about mah jongg lessons at my neighborhood  community center. A friend encouraged me to come with her, and despite my aversion to games, I tagged along. To my surprise, we were not the oldest people there. Lively octogenarians, many acting as teachers, spoke of their love of the game.

Even more surprising was how young some of the participants were. A 40-something mother of five young boys told me that she has been playing since high school. “I’ve even taught my husband and sons to play, so I can always get a game going,” she said. Her comments echoed one of my mother’s favorite sayings: “When you can play mah jongg, you are never lonely. There’s always someone to play with.”

The occupational diversity of the group surprised me as well — lawyers, teachers, high-ranking government employees, and physicians showed up to learn the game. An economist from the World Bank sat at our table, as did a demographer, a real estate broker, and a money manager. Many participants had to rush out the door in order to relieve babysitters. In this pre-pandemic time — before the world seemingly stopped rotating — everyone in the room was excited about learning the game. Although I officially “just there for my friend,” I enjoyed being with bright, accomplished women who also had busy, active lives. It was refreshing.

My preconceived notion of who played the game was shattered. But when it came to understanding  how to play, I was a bit lost. Mah jongg could be overwhelming. Fortunately the teachers were patient and helpful, as were the people I played with. They showed me that memorizing numbers, suites, and beautiful carved tiles can actually be fun. What’s more, playing “her” game — my mother’s — evoked memories of a time in my life that seemed carefree, uncomplicated, and full of promise.

Once the class ended, the women at my original table formed a group that started meeting weekly in each other’s homes. We are far from alone — Jewish historian Melissa Martins Yaverbaum, in a multimedia Zoom presentation sponsored by the Yiddish Book Center in October 2020, noted that nearly 400,000 people in the U.S. belong to the National Mah Jongg League. What’s more, she estimated the total worldwide number of players in the millions. (Yaverbaum knows what she’s talking about —  as executive director of the Council of American Jewish Museums, she once curated an exhibition on the ancient game.)

After a year of playing together throughout 2019 and the beginning of 2020, these former strangers became dear friends. Against all odds, I became hooked on mah jongg. I began to look forward to our weekly game and to hearing about each other’s children and grandchildren, as well as how everyone’s week is going. We celebrate accomplishments and offer support when things aren’t going well.

Then, of course, the Covid-19 pandemic struck. Fortunately, our group barely missed a beat. As soon as we got the hang of Zoom, and figured out our favorite among the several mah jongg apps on the market, we were back on line and playing every week. Incredibly, though most of us have barely left our homes over the past year, we have recreated just about everything but the shared snacks. A little glitch like a pandemic was not about to intrude on our game — or, more importantly, our nascent friendship.

Even after 18 months of playing, I admit I still find the game mentally exhausting at times. Memorizing things like suites and numbers doesn’t come naturally to me. But I’ve come to consider mah jongg as a “stretching” exercise for my brain — I feel like I’m building new neural connections in that mysterious clump of my grey matter.

But what I have loved most about mah jongg is that, for those two or so hours of play, I cannot think about anything else. Global politics, antisemitism, family problems, the pandemic that is threatening the lives and livelihood of millions — all  are off limits. Mah jongg’s “escape factor” has been critical to saving my sanity. It also helps fill those lonely hours of quarantine and isolation, and is something to look forward to each week.

All the players in my group are now vaccinated. We plan to start playing face-to-face again soon if local immunity levels allow. We will be together in person — just like old times — but we also plan to stay connected via our mah jongg app, which turns out to be easier and faster than the old fashioned way of playing. As we move forward, I suspect we will alternate online play with our actual mah jongg sets (including my mother’s) as we have all missed the tactile beauty of the tiles and their inimitable clattering sound on a hard table. As with so much of what the post-Covid future is looking like — and much like the game of mah jongg itself — we will continue to reinforce this bridge to the past while forging bravely ahead to new horizons.