What Stephen Sondheim Taught Me About Parenting in a Pandemic 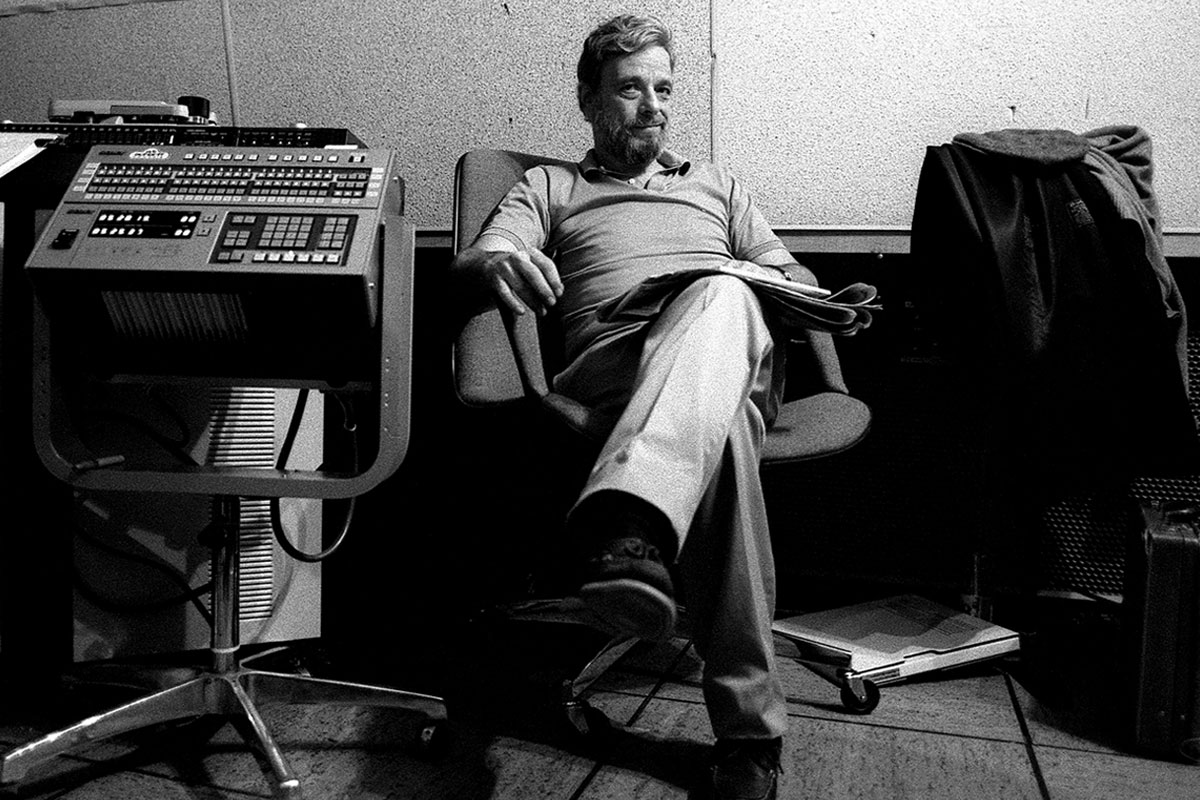 I was making lunch for my kids one afternoon when my 6-year-old asked, seemingly out of nowhere, whether I believed in God.

Parenting genius that I am, I bounced the question back to him.

“Well,” he said, “if there is a God, and God made everything in the whole universe, then that means God made the coronavirus. And why would God do that?”

His question is one that Jews have grappled with for generations. From the Pharaohs of Egypt to the pogroms of Eastern Europe to the Holocaust, it’s been impossible to reconcile how a loving God could allow such terrible things to happen. Death is, of course, a part of life. But this much death? How do you begin to make sense of it?

The truth is, I didn’t have an answer for Sam. But through the musical “Into the Woods,” I had a way to start the conversation.

For the uninitiated, “Into The Woods” is a 1987 musical by the late Jewish composer and lyricist Stephen Sondheim, who died last month at 91 years old. The show is often described as a dark spin on classic fairy tales, but I would argue that it’s also a Jewish morality play, and one that has a lot to teach us about trauma, loss and resilience “in these uncertain times.” I’d watched the show with Sam about a month into the pandemic (the Great Performances recording of the original Broadway cast, obviously), and it was all he wanted to watch, listen to or talk about for weeks.

In the second half of the musical, a grieving lady Giant storms through the eponymous woods looking for Jack, the boy who chopped down the beanstalk and murdered her husband. Choices, it turns out, have consequences, and in Sondheim’s universe — as in our own — those consequences are often sudden, senseless and tragic. Those who survive are tasked with rebuilding a world that looks nothing like the life they knew in “the before times,” to put it in the parlance of 2021. But first, they must defeat the giant and somehow make it out of the woods, as dark and hopeless as that task may feel.

Their situation, I pointed out to Sam, is not unlike our own.

To date, over 800,000 people have died of COVID in the United States alone, leaving behind partners, parents, children and friends who will each carry that loss with them for the rest of their lives. And while some things are starting to feel more “normal,” who knows when or if we’ll ever go back to the way things were before. So the question we really need to be asking is how we want to move forward.

Not to get all “let me tell you about my Bat Mitzvah portion” right now, but this is what Moses means in Parshat Nitzavim, when he addresses the Jewish people for the last time:

I set before you this day life and death, blessing and curse; therefore choose life, that you and your children may live.

In the literal sense, when Moses urges his people to “choose life,” he’s talking about following Joshua into Canaan in spite of the danger. More broadly, these words go right to the heart of what it means to live a Jewish life: to live each day on purpose and to keep going even when we are afraid. We make these choices not because we’ll be rewarded or punished for our actions in some unknown afterlife, but because life itself is the gift. Suffering, even, can be a gift, because it reminds us that we are alive.

I’m certainly not the first to draw the connection between Sondheim’s Jewish background and many of the themes present in his work, and in “Into The Woods,” Sondheim offers a Jewish framework for processing death, too. At the very end of the play, we see how the newly widowed Baker keeps his wife alive in memory, as she returns to him in spirit and sings:

Halfway through the wood

Do not let it grieve you

No one leaves for good.

The Baker protests that he doesn’t know whether he can raise their baby without her, but she promises that he can — and he will. “Tell him the story of how it all happened,” she urges.  So the Baker cradles their infant son in his arms and begins with those same words that opened the show, “Once upon a time…” Not a happy ending, but a hopeful one. He is choosing life.

A lot has been written about how the loneliness, isolation, and anxiety of the past year and a half has affected our kids, and probably will continue to follow them for the rest of their lives. Like most parents, I feel a deep sadness that there’s very little I can do to protect my boys from the continuous traumatic stress of growing up during the pandemic. My youngest is only two, so he doesn’t really know any different, but Sam is almost seven now, and far too smart to fool. I can’t promise him that everything is going to be okay when we both know that those aren’t my promises to make.

Neither a loving God nor a loving parent can — or, frankly, should — spare their children from experiencing any pain, or shelter them completely from the sorrows of the world. All I can do is tell Sam the truth, teach him to live his life on purpose and remind him that he isn’t alone. And, to borrow a lyric from “Company” (another Sondheim show he’s not quite ready for yet), I can promise:

I’ll always be there

As frightened as you

To help us survive

So together, we’ll just have to keep going. What other choice do we have?