When I Turned 40 I Got Engaged, Married, and Pregnant – Kveller
Skip to Content Skip to Footer

When I Turned 40 I Got Engaged, Married, and Pregnant 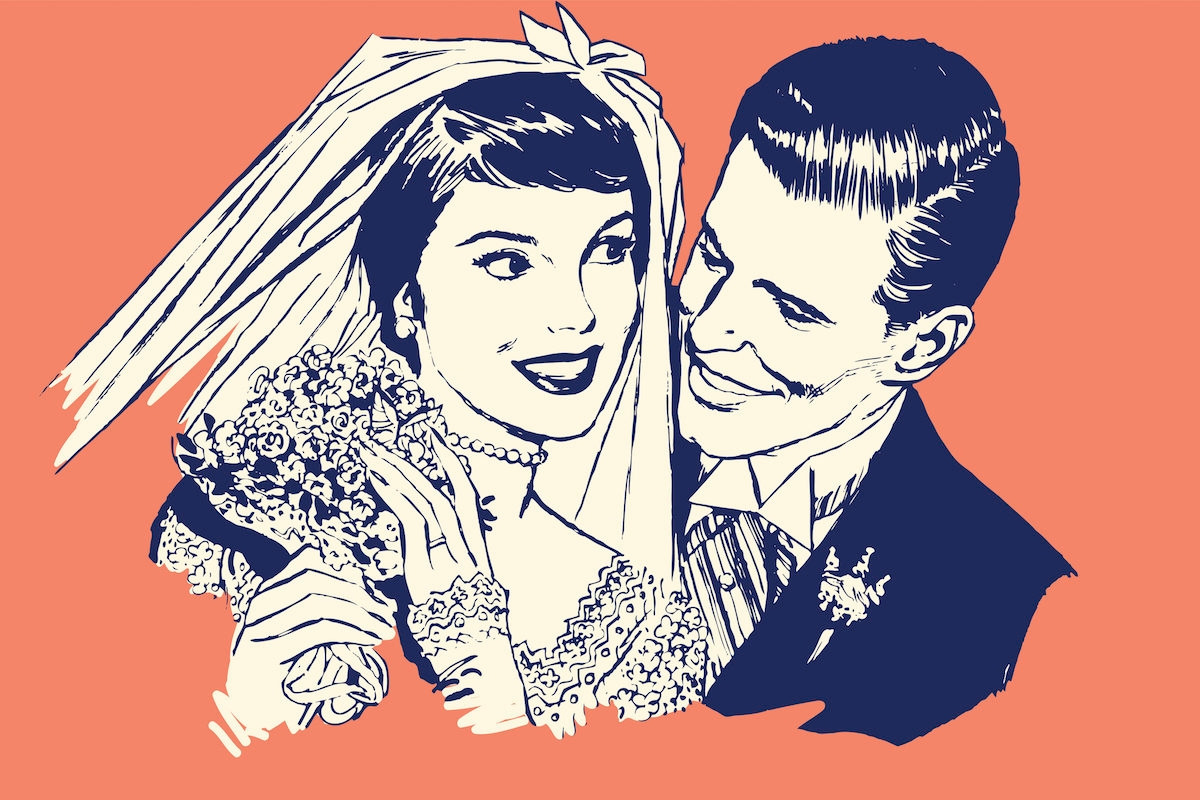 It’s nearly my birthday. This month, I’ll turn 43. I live with my husband and daughter and we generally have a lovely time together.

Nothing unusual about that, you’re probably thinking.

But here’s the thing: There was no sign any of this would happen until the extraordinary year that I turned 40. That year, I had a short engagement, got married, and got pregnant.

First, the backstory. Throughout my 20s and 30s, the dating scene had proved fruitless, if fun. I had a great life in all other ways: friends, an apartment, a career, and my health.

I really wanted to meet my match, but by my 38th birthday, I’d pretty much given up hope. The disappointing boy I was dating at the time was just that — a boy, not a man, and certainly not my bashert, or soulmate. I ended things with him and focused on my work as a TV presenter and journalist, which was all-consuming and easy to get wrapped up in.

But about six months later, when I’d got a grip (slightly) on my huge workload, I found a little space for dating. I logged back into JDate, and spotted a guy who looked interesting. My mom, eager to help things along, treated me to a month’s subscription to the site so that I could contact him, which I did.

He never replied. But someone who did get in touch with me was an intriguing man, describing himself as someone with a “zest for life” and wearing comically oversized sunglasses in his main profile picture. He seemed different from other “boys” I’d encountered; he certainly stood out from everybody else on the site thanks to his ability to form a coherent sentence. He made it clear that he’d actually bothered to read my profile and wanted to know more. I read his remarkably detailed and well-written profile, and saw a mensch (my number one desired quality in a man).

After a couple of exchanges, I realized that Oversized Sunglasses Man (OSM) was actually sane, despite the glasses. We arranged to meet up at a local bar, where he told me that, for legal reasons, he was still living with his ex-wife while he sorted out his divorce and access arrangements for his daughter.

As surprises on dates go, it was a pretty big one. It might have been a red flag had OSM not been so open and transparent with me from the start. On our fourth date, he showed me an email from his divorce lawyer giving him the go-ahead to start dating. In the months that followed, our relationship grew stronger.

We’d been together for nearly 18 months by the time my 40th birthday was in sight. I’d already planned my party, but first, we had a long weekend together in New York, booked in a few months earlier as a much needed-break together after a hectic year.

On the fourth day of our trip in the waning days of December, OSM proposed. And so began my immense 40th year: My birthday party quickly turned into a birthday and engagement party, followed by the start of some intense wedding planning.

Six months later, we stood under the huppa together. As the cantor sang the shevah brachot — the seven blessings at the center of a Jewish wedding — my smile went from beyond ear to ear to either side of the shul. I couldn’t believe it. I was married to my dream man. (I had also crafted my dream biceps thanks to my intense wedding fitness program, but that’s another story.)

My goal had always been to get married by the time I was 40, so getting married in my 40th year wasn’t far off. My new husband and I had both put in an incredible amount of work to get to this point; the logistics of our schedules were head-spinning, and the emotional labor of managing a blended family continues to this day. Nobody is 100% perfect and everybody comes with their own baggage. Working through the messiness of life together can be tough, but it is also rewarding and meaningful.

My long-suffering parents — who’d been waiting for me to settle down for nearly 20 years — could finally schep nachas. They’d been supportive, and at points highly fretful, throughout my dating journey. They wanted to see me settled and happy, but definitely not with any of the weirdos I’d dated previously. When they met OSM, they were relieved that I’d finally met someone, as my brother put it during his toast our wedding, who “wasn’t a complete schmuck.”

All of this was only the beginning, however. Four months after the wedding, I called to tell my parents that I was expecting their grandchild. This was a surprise to all of us; I hadn’t firmly decided whether to have a baby until a month before we started trying. Our baby Amber is now the center of our family.

There’s a lot of societal expectation about the ages at which you’re “supposed” to experience your life changes. Meet someone at 28, get married at 30, squeeze out your babies in the three years following. I did everything at 40 and I did it all in one year. Yes, I was lucky to meet my soulmate and have a baby, but isn’t anybody, regardless of their age?

The positives of becoming a wife and mom later on in life are clear to me. I’ve done so much going out that I don’t mind all the quiet nights at home. I also have a more centered and clearly defined sense of self than I did in my earlier days; this comes in very handy when ignoring the piles of unsolicited “helpful advice” that has been thrown at me since I gave birth.

My 40th year was immense: a bunch of huge lifecycle events rolled into one. It was exciting, at points exhausting, but overall it was brilliant. It was also proof that it’s never too late to experience a massive life change — or three.