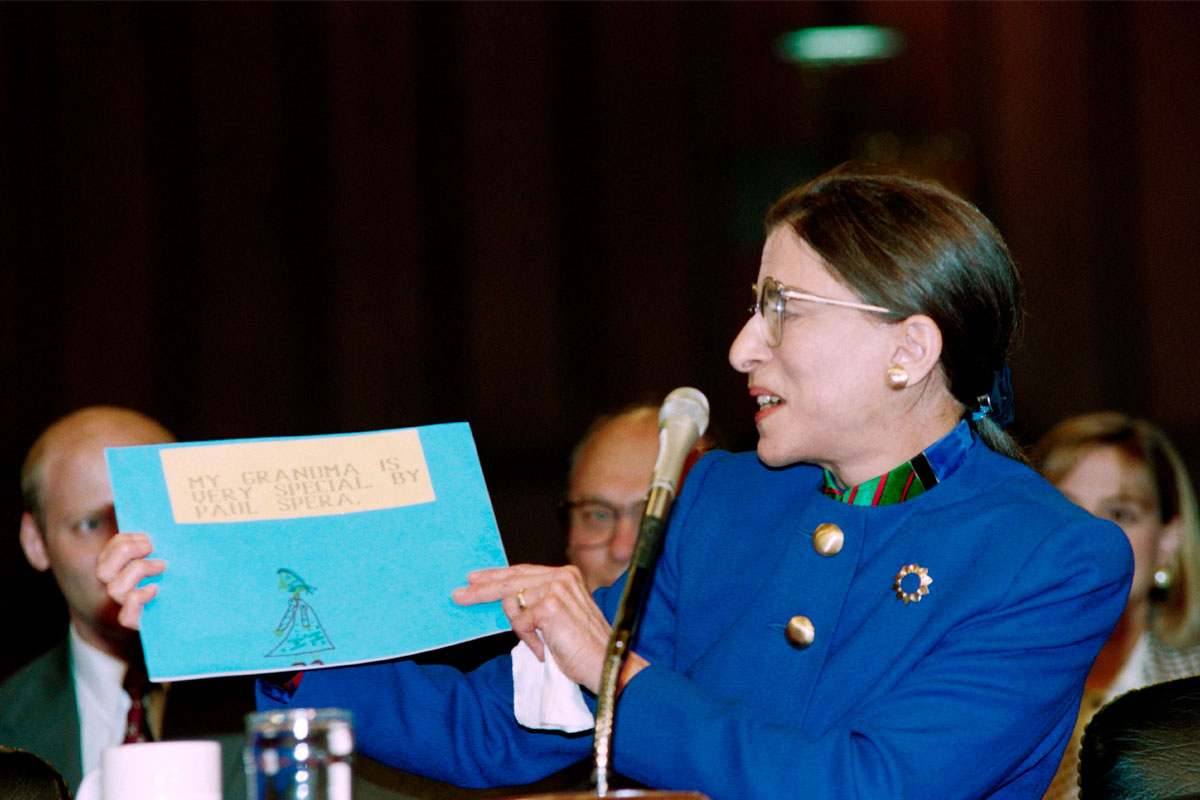 Supreme Court Justice Ruth Bader Ginsburg, of blessed memory, was a huge opera fan. This is why her family recently donated 150 items of hers to be auctioned to benefit the Washington National Opera.

By far the best item being auctioned? A drawing of RBG rendered by none other than her grandson, Paul Spera, presumably when he was young. The title of the drawing is “Bubbie of Liberty” (as in the Yiddish word for grandma) and yes, it’s a drawing of RBG as the Statue of Liberty. The drawing is laminated, because of course that is what you do with such a masterpiece. There are two weeks left to bid on this amazing drawing, and I personally think no price is too high.

In the drawing, RBG is wearing Lady Liberty’s crown, but instead of a torch, she holds a gavel up in her hard. The other hand holds a book that says “Justice Ruth Bader Ginsburg.” She does not appear to be wearing one of her famous jabots, but she is sporting some very stylish earrings. It’s honestly perfect.

Spera, now 35 and an actor, played Bennet in the RBG biographical film “On The Basis of Sex” (which Ginsburg herself watched three times for a very sweet reason). He’s also appeared in an Italian production of the “Merchant of Venice,” in which his grandmother had a role. It was there that Spera met his future wife, actress Francesca Sarah Toich. 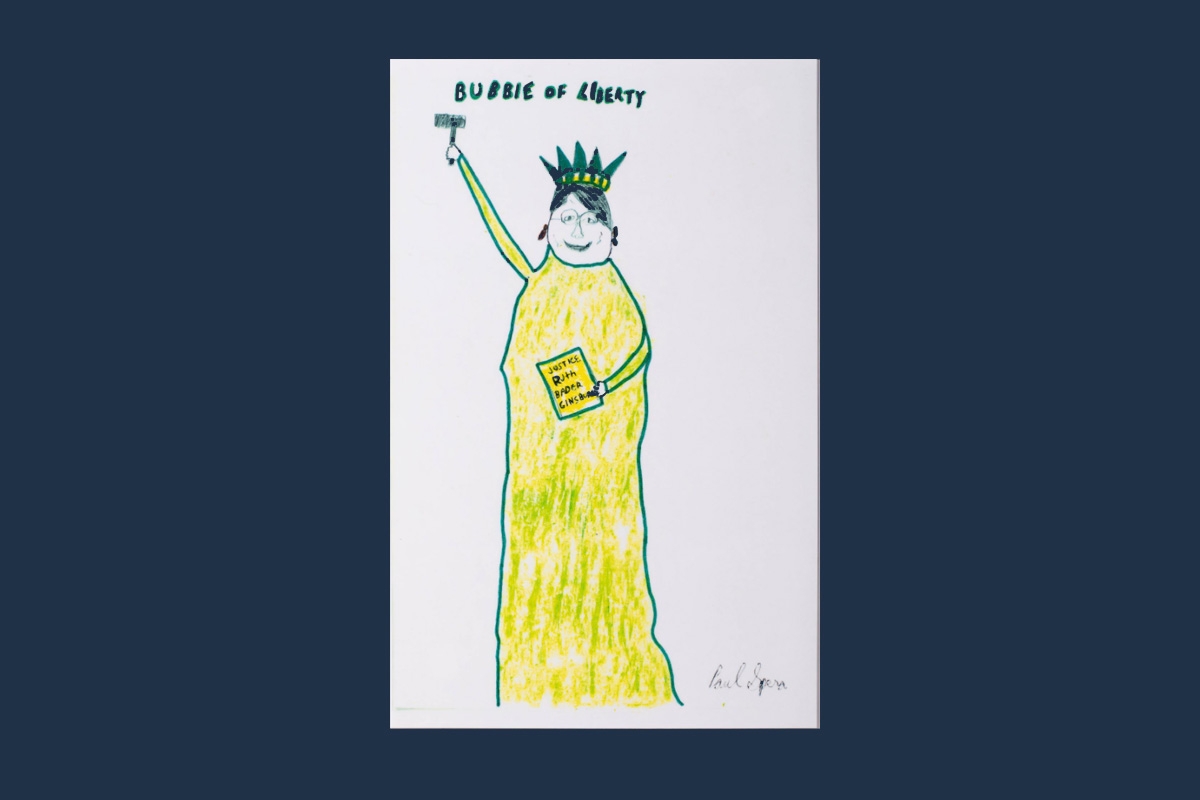 Justice Ginsburg also officiated Spera’s wedding in Washington, D.C. back in 2018. The wedding was the first time she met her great-granddaughter, Lucrezia Mary Spera, who was born that same year.

RBG often attended the opera with her colleague Justice Antonin Scalia, and an opera was even written about their relationship. She also had speaking roles in several Washington National Opera productions.

I’m sure she would be thrilled to see such a special memento from her art collection help benefit one of her favorite places.