You Have to See This British Royal Dance the Hora 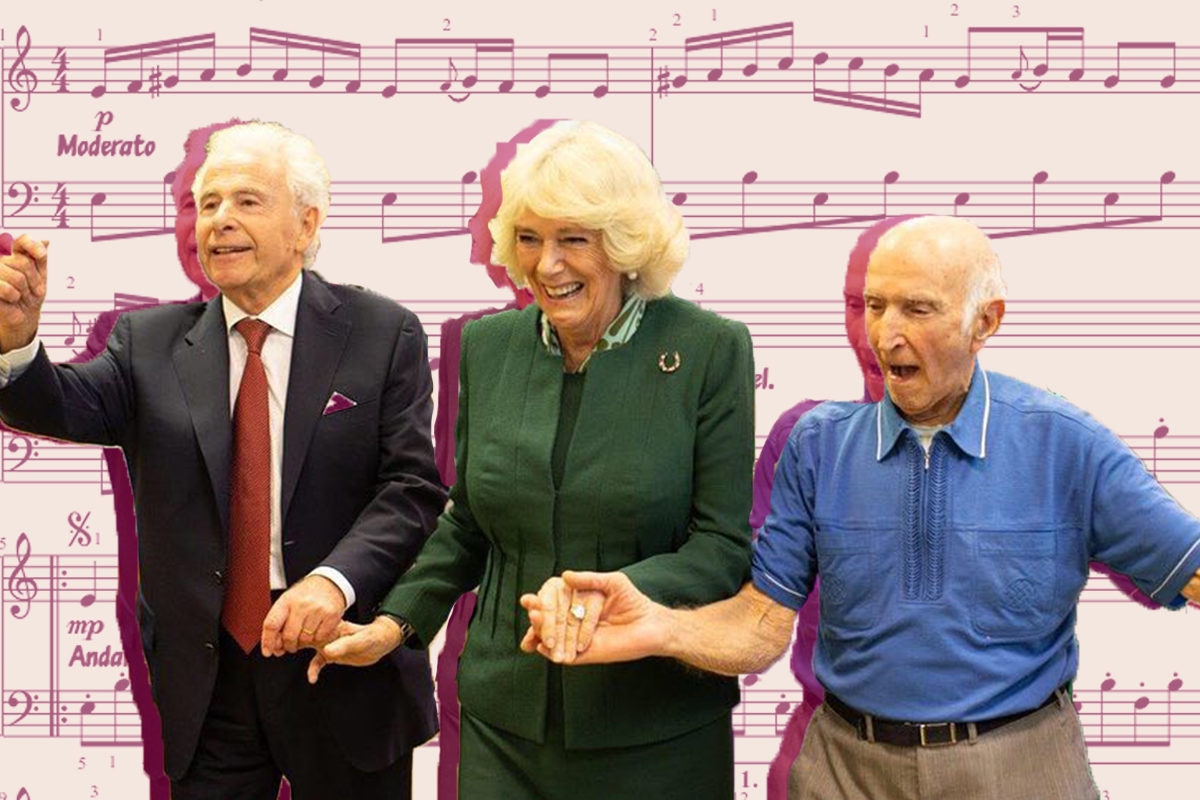 Fair warning: This post is not about the Duchess of Sussex, Meghan Markle, dancing the hora — though it’s very possible she may have done just that at her Jewish wedding to her first husband.

Nay, this is about Camilla, Duchess of Cornwall — the second wife of Prince Charles — but don’t stop here! This is well worth a read.

You see, it’s rare to catch a glimpse of anyone in the royal family dancing, let alone dancing the hora to the tune of “Hava Nagila.” And yet, on Wednesday morning, Camilla visited an East London centre (that’s British for “center”) for the Jewish elderly, and joined them in the Jewish folk dance that was of course captured on video.

As Royals reporter Rebecca English tweeted, “You’ve got to hand it to the Duchess of Cornwall (and this is why we in the media like her so much) — she is a great sport!”

The cause for this great celebration? The 80th anniversary of the Stepney Jewish Community Centre, which was opened by Queen Mary in 1938. According to The Daily Mail, the center “provides a place for many of its elderly residents to meet up with friends, enjoy activities, and hot Kosher food.”

As the Duchess of Cornwall’s official social media explained, “The Duchess joined members for high tea and learned about how the community group helps its members to remain connected.” There, she met some elderly members, including 92-year-old Lillian Lebby, who came to the center the year it opened, and 101-year-old Beattie Orwell, the center’s oldest member (who even joined in the hora!).

During the visit, Camilla said, “I sometimes go to places which are a bit sad, but this place is one of the most uplifting centers I’ve ever been to, meeting all you wonderful, inspirational people has been a real treat.”

She also commented, “How most of you look so young, I don’t know.”

Towards the end of her visit, she joined in the hora with British Jewish politician Michael Levy (who is president of Jewish Care, the organization that runs the center) and resident Abraham David.

HRH The Duchess of Cornwall was our special guest at the Brenner Centre at Stepney Jewish Community Centre, at Raine House earlier today. HRH chatted to members and staff to celebrate the 80th anniversary since the opening of the Centre in 1938. 📸 by @samuelmchurchill

With “Hava Nagila” sung live by Beverly Stone — an East London-based singer-songwriter — Camilla seemed to enjoy herself. (Or maybe she was thinking, “What the hell is this dance, what is happening?”  But if she was, she is truly great at pretending to enjoy herself!)

“I was so excited to be singing for HRH The Duchess Of Cornwall,” Stone told Kveller. “It was such an honor to be part of this special occasion. What a joy to see her dancing to Hava Nagila, whilst I was singing and all the visitors looked so happy to have her there with them.”

It will be a day she will “never forget.”

HRH The Duchess of Cornwall joined members and staff at our Brenner Centre at Stepney Jewish Community Centre, at Raine House for a rendition of Hava nagila earlier today.🕺🏻💃🏻

Way to go, Camilla! Now, let’s get Meghan to dance the hora, and it would truly break the Internet.