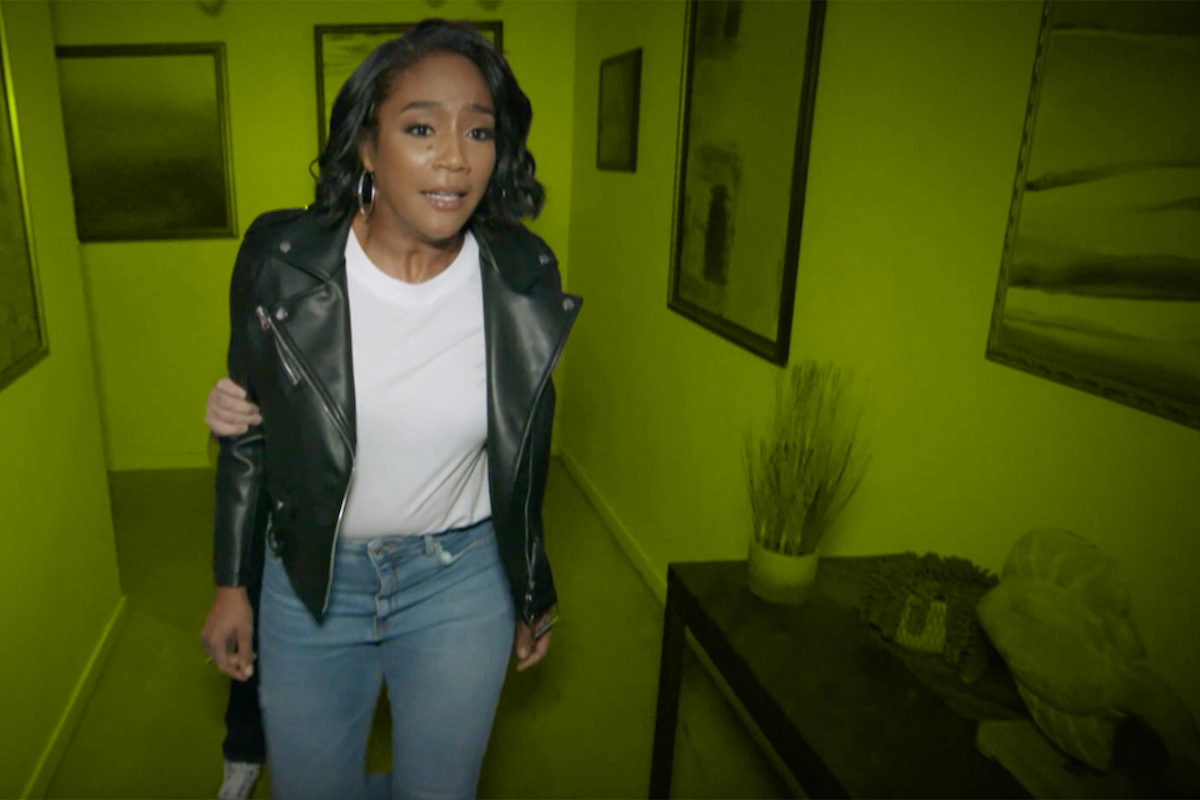 When Tiffany Haddish finds herself in times of trouble, who does she turn to? God.

In a hilarious video on The Ellen DeGeneres Show, scaredy-cat producer Andy Lassner was joined by “movie star, fellow Jew” Haddish — who is preparing for her upcoming bat mitzvah! — on his annual trip to a haunted house. Every year, despite being deathly afraid of haunted houses, talk show host DeGeneres sends Lassner and a celebrity guest to walk through one — and this year’s results will make you howl with laughter.

Visibly quaking in their boots, the duo shakily made their way through a haunted house that’s inspired by the movie Us (which, of course, is written and directed by Jewish comedian Chelsea Peretti’s husband, Jordan Peele). People dressed in red and holding scissors jumped out at almost every corner, successfully scaring the living wits out of Lassner and Haddish.

“You can’t leave me with these motherfuckers!” Haddish yelled at Lassner as he ran ahead of her to escape the house of horrors.

Winded with fear, when they finally reached the end of their adventure Haddish recited the beginnings of a Jewish prayer. “I’m praying for y’all,” Haddish said to the creatures of the haunted house.

“Pray for them hard!” Lassner said.

Stars, they get spooked, just like us! Watch the full clip here.