You’ll Love This Very Jewish Novel About a Small Town, a Gay Wedding, and Anti-Semitism – Kveller
Skip to Content Skip to Footer

You’ll Love This Very Jewish Novel About a Small Town, a Gay Wedding, and Anti-Semitism 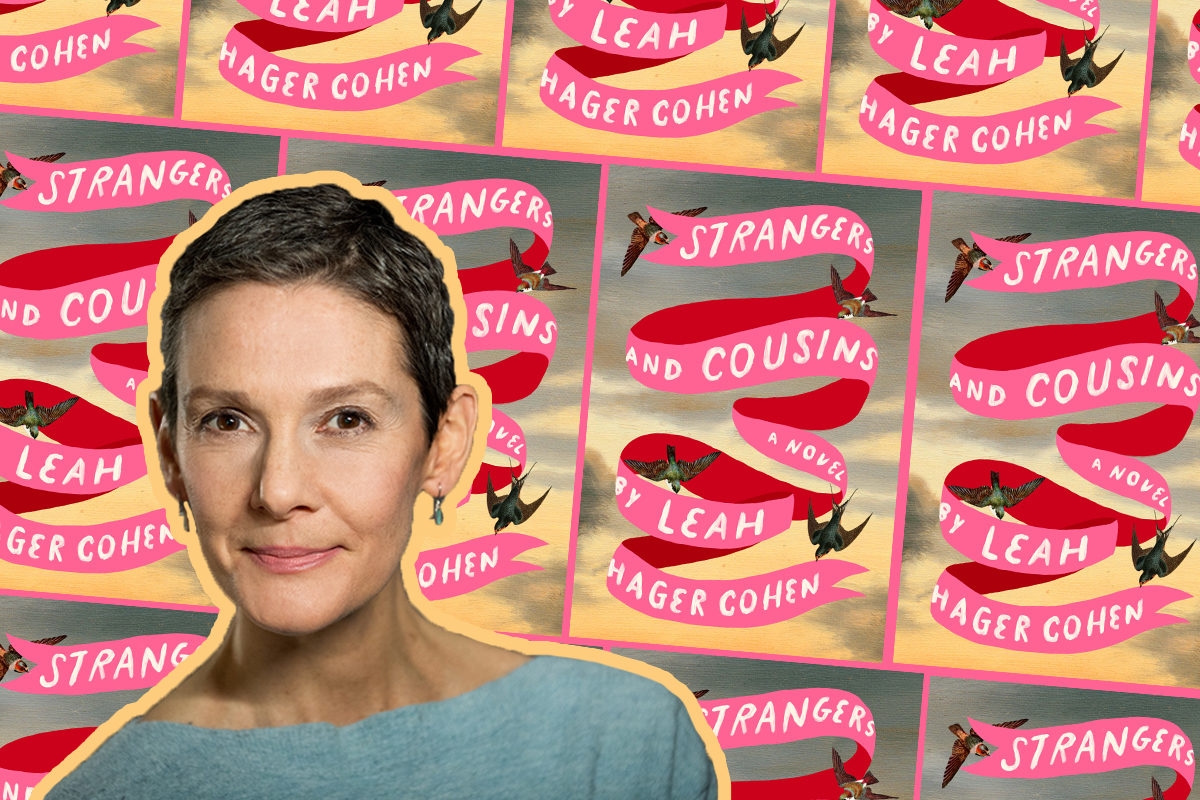 Leah Hager Cohen’s latest novel, Strangers and Cousins, is many things all at once: It’s a story of a family preparing for their eldest daughter’s wedding. It’s a story of an upstate New York community dealing with change — namely, that of a growing ultra-Orthodox population. It’s a story of an elderly woman losing her memory and getting lost in her past.

It’s a story of motherhood, of marriage, of Jewishness — and we just know it’s going to be your next favorite book.

Strangers and Cousins takes place in the days leading up to the wedding of 22-year-old Clem, who is marrying her college girlfriend, Diggs, a black woman. Clem has returned to her parents’ home for the wedding, where her family is gathering to celebrate her impending nuptials.

The story isn’t just focused on Clem, however, but on her entire family. Strangers and Cousins shifts perspectives often, which gives the readers a full portrait of the family, their history, and how they’re dealing with changes to their idyllic community.

We had a chance to chat with Cohen about how her writing process, how she drew on inspiration from her dad’s social justice work in Rockland County, and more.

Why did you choose to center the story on a wedding?

It’s funny, I feel like I didn’t choose to center it on a wedding! When I realized that that’s what was happening — I had to check myself because I was so surprised. I kind of resisted it, because it seemed really kind of regressive; I didn’t want to find myself writing a book about a wedding. As I began to write deeper into it, I realized it was not conforming to my stereotype of a book about a wedding.

That surprised me, too! I felt like I was breaking rules by having the narrative point of view switch so frequently, and without clear delineations. At points, I stopped and questioned myself: Am I causing whiplash for the reader? But again, it felt important to me that the book be an ensemble [and] that I wasn’t privileging one perspective. It so wanted to be polyphonic, and so my job of being a good listener felt paramount.

I love when you did the flash-forward. Can you talk about why you decided to include these glimpses into the characters’ future?

Yeah, that again was a surprise. As you can tell from talking to me, I really have no idea what I was doing!

The whole book is a surprise!

I’m not a really organized writer, I don’t plan things in advance, which can often lead to a messy first draft. But sometimes it also leads to these unexpected elements that I think I wouldn’t have stumbled upon if I were more organized.

We haven’t really talked about Judaism expressly yet, but I would directly link that to the fact that for the past four years, never having been a religious or observant Jew [before], I’ve been going to weekly Torah studies. And I do think the practice of Torah story crept into my writing process.

Did you start working on Strangers and Cousins when you began your Torah studies? Because there are a lot of Jewish themes in the book.

I began working on Strangers and Cousins before I had this — I don’t know what to call it, this turn to Judaism. My father, who is Jewish but completely secular, has, for many years, been involved in social justice work in Rockland County, New York. So, the element of the book that deals with the ultra-Orthodox community establishing a new foothold in a previously more secular community, that is all very closely based on real news on the ground. I was interested in tensions around these particular issues that I know are not only in Rockland County, but New Jersey and Long Island and upstate [New York]. I know that this is an ongoing, developing story.

The stories of ultra-Orthodox communities expanding into new towns and completely reshaping them is not fictional, and the “no-knock ordinances” you write about are very real — how did you research this part of the story?

Mostly just by reading articles and following how it’s been covered in the news. But I’ll tell you something that really surprised me — my father works with the NAACP; he formed a group called Rockland Clergy for Social Justice. He brought together rabbis, priests, pastors, imams — representatives of all three major religions — as part of a way of addressing the schools in Rockland County, where members of the ultra Orthodox community are controlling the school board. It’s really devastated education for public school students, who in this particular district are 90% black and Latino and immigrants and qualify for free lunch; it’s a really big problem, and a lot of children are at a huge disadvantage.

And yet, I feel the book is not a piece of advocacy or in any way anti-ultra-Orthodox. It was sort of surprising, and I feel really glad about it, that through the novel the issue is treated more as: look at this happening, and we’re all people, and change is really hard, and the suffering that’s being caused by this change is real. But I think in the book, there’s no sense of taking sides, and that did surprise me! Because, going into it, I thought, I’m on the side of social justice, and in the case, a grave injustice is being done to black and Latino children and families.

What do you hope readers take away from Strangers and Cousins?

That’s always a hard question for me, cause I always think, I don’t know, who am I to say? I want them to feel however they feel! I don’t have designs on what I want them to come away with.

That readers would maybe come away feeling with a sense [that] the changes that we are currently going through as a country are are so painful; there’s no easy resolution. That we don’t know where we’re headed. And just having our eyes open to the reality, and not looking away from who we all are.

This interview has been edited and condensed. Image of Leah Hager Cohen in header by Liz Linder.

Enter here to win a copy of Strangers and Cousins.