11 Jewish Facts About ‘West Side Story’ 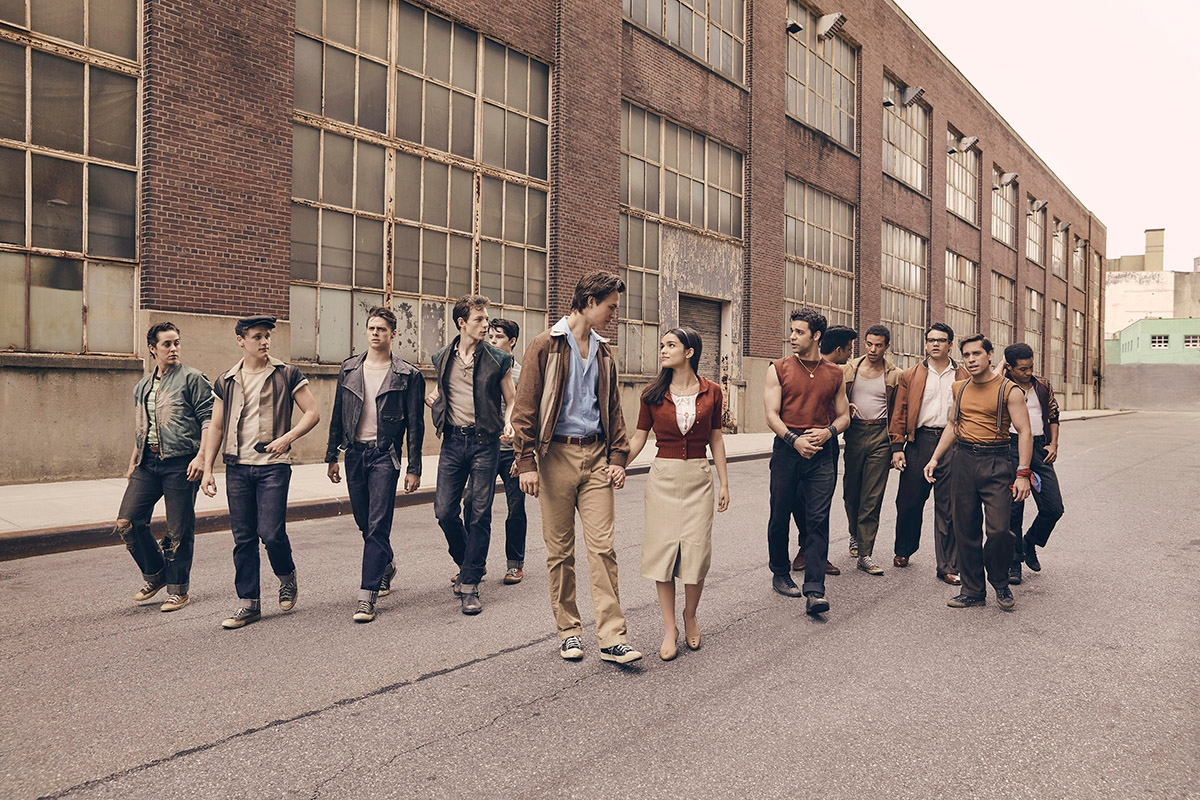 Among the many recent Hollywood remakes of classic films, critics (and I!) are feeling very positive about the remake of the Oscar-winning 1961 movie musical “West Side Story.” Coming out on December 10, the film is star-studded, featuring Rachel Zegler and Ansel Elgort (who you may know from “Baby Driver” or “The Fault in Our Stars”) as its leads and the one and only Steven Spielberg as its director.

The musical — which takes place in 1950s NYC — is a modern take on Shakespeare’s “Romeo and Juliet,” including the conflict between the Polish and Puerto Rican communities of New York City’s Upper West Side.

But did you know that the show’s original script had a Jewish protagonist?

Since its conception, Jewish creators, themes and music have been instrumental in “West Side Story.” Jewish composers, lyricists and directors (many with serious clout) have played integral roles in the musical’s success, and continue to take leadership today. Here are 11 Jewish facts about “West Side Story.”

Modern Broadway legend Stephen Sondheim (who passed away recently at 91) made his name as the lyricist for the original Broadway production of “West Side Story.” He was raised by Jewish parents in New York City, but was not very religious. JTA notes that it was only in his collaboration with the musical’s composer, Leonard Bernstein, that he learned how to pronounce Yom Kippur. Sondheim’s wit is responsible for the show’s complex lyrics that he later called “embarrassing.” I have to disagree!

The score for “West Side Story” was written by Jewish American conductor and composer Leonard Bernstein. Bernstein was born in Lawrence, Massachusetts, to Russian Jewish parents in 1918 (who wanted him to be a rabbi), and was a conductor for the New York Philharmonic before collaborating with Sondheim, Jerome Robbins and Arthur Laurents to create the melodies we all love from “West Side Story.”

3. The first musical notes of the show sound like the shofar

If you’ve been to synagogue on the High Holidays, you may notice that the first three notes of “The Prologue” — the opening song in “West Side Story” — sound a lot like the shofar call, tekiah. A phenomenon noted by the Forward and WRTI, these three notes become a motif in the show, showing up in other songs like “Something’s Coming,” “Maria” and “Cool.” Given that in Jewish tradition, the shofar’s sound is a call to action, this fact gives even more hints about the symbolism embedded into these songs.

One of the 20th century’s most popular ballet and musical theater choreographers, Jerome Robbins (born Jerome Wilson Rabinowitz) created the iconic dance numbers you may remember from “West Side Story.” The son of Jewish deli owners from Poland, Robbins was actually a co-director of the film with Robert Wise, until Robbins’ perfectionism led the production to go over budget, resulting in him losing the job. He later gained acclaim choreographing Broadway’s “Fiddler on the Roof.”

Jewish playwright Arthur Laurents (aka Arthur Levine) wrote the book for “West Side Story.” According to the New York Times, it was Laurents who suggested to Bernstein that a co-lyricist “could ease the burden of composition,” leading to Sondheim’s role in the masterpiece.

Growing up in Flatbush Brooklyn, Laruents had a bar mitzvah and his grandparents were Orthodox Jews. His Broadway playwright debut was in 1945, with “Home of the Brave,” a play about a young Jewish soldier in WWII.

6. Laurents’ book was made into a novel by a Jewish author

The book itself of “West Side Story,” which was very short due to the production’s great use of musical numbers, was adapted into a novel by Jewish author Irving Shulman. Shulman’s “West Side Story” is available on Amazon for the real WSS enthusiasts.

7. The musical was originally about a Jewish girl and a Catholic boy

As you may have noticed, the four masterminds behind the original West Side Story were all Jewish. So it may not shock you that in 1949, director and choreographer Jerome Robbins originally gave the musical a working title of “East Side Story,” about the rivalry between Jewish and Catholic groups in the Lower East Side of Manhattan. In this version of the script, the female protagonist would have been a Holocaust survivor who came to America from Israel, and the conflict would have taken place between Passover and Easter.

However, collaborator and playwright Arthur Laurents thought that this idea was too tired, and too similar to the 1922 play “Abie’s Irish Rose.” The team decided to shift the focus to Manhattan’s West Side, where the Puerto Rican community was growing significantly.

8. The original Broadway musical was produced by Hal Prince

Broadway legend Hal Prince — who produced other iconic musicals like “Fiddler on The Roof” (1965) and “Cabaret” (1966) — was born to a German Jewish family in Manhattan. He was the producer, along with Robert E. Griffith, of the Broadway musical’s debut.

9. Jewish director Steven Spielberg is bringing the 2021 film to theaters

Beyond “West Side Story” gaining international acclaim with theater productions from the UK to Australia to Hong Kong, the musical is back in the limelight for its new feature film version by Steven Spielberg. Spielberg, who is known for films from “E.T.” to “Schindler’s List,” was especially drawn to West Side Story because of its relevance today. Spielberg told Vanity Fair in 2020, “I really wanted to tell that Puerto Rican, Nuyorican experience of basically the migration to this country and the struggle to make a living, and to have children, and to battle against the obstacles of xenophobia and racial prejudice.” With grandparents who were Ashkenazi Jews that immigrated from Ukraine, Spielberg is familiar with the story of making it in America.

Consistent with the production’s original team, the 2021 film has a slew of Jewish representation, including Jewish dramatist Tony Kushner who penned the script. Kushner, who gained acclaim for his major work, “Angels in America: A Gay Fantasia on National Themes,” also wrote “A Dybbuk; or, Between Two Worlds” (1995), an adaptation of S. Ansky’s Yiddish classic “Der Dibek.” He also worked with Spielberg prior on his 2005 film, “Munich.”

Kushner told the Hollywood Reporter that he sees “West Side Story” as an “an anti-racist, democratic musical,” and he spent time with Puerto Rican musicians, dialect coaches and cultural advisors to get cultural details right for the film.

11. The film’s conductor is David Newman

Last but not least, Jewish conductor David Newman leads the music in this year’s “West Side Story” remake, after scoring 100 films from “Matilda” to “Heathers.” A grandson of Russian Jewish immigrants, he is also the Jewish dad of two daughters.