11 Things You Didn’t Know About ‘The Prince of Egypt’ 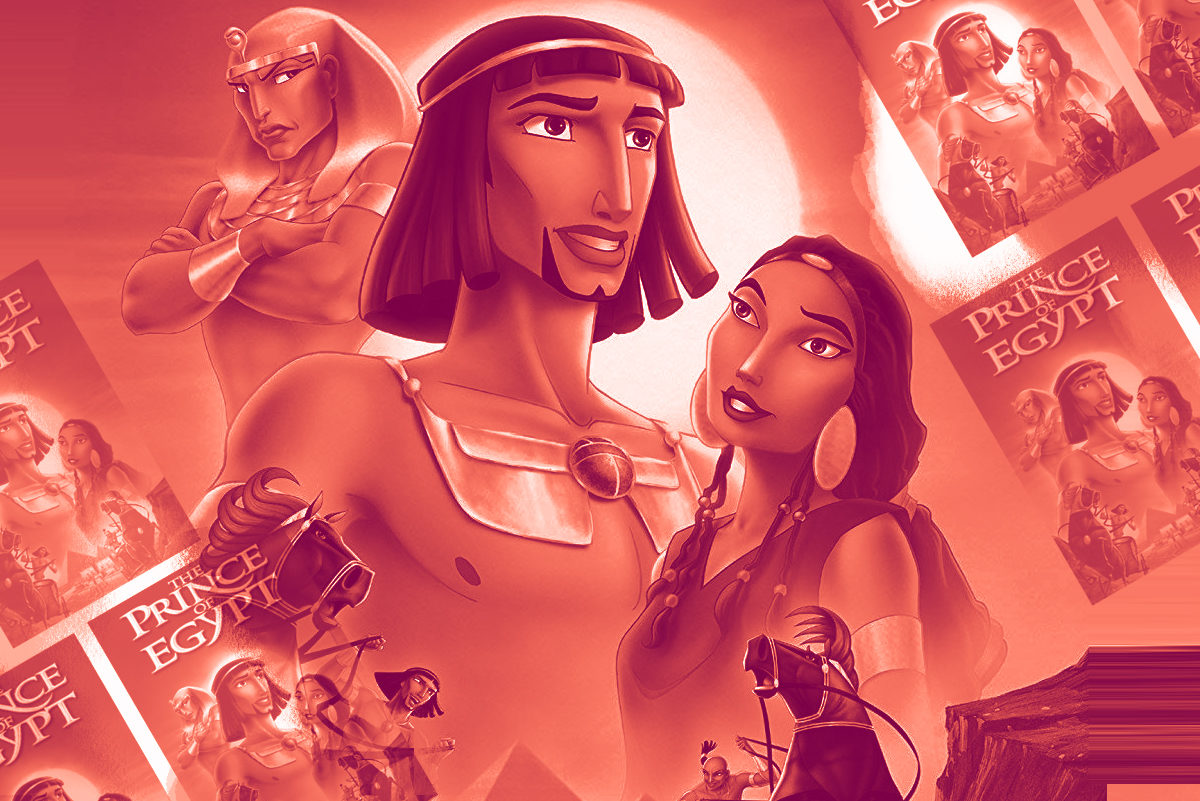 It’s kind of baffling to think that there’s a gorgeous, fully animated feature based on the Passover story, but it’s true: The Prince of Egypt is real, and it’s available to stream on Hulu.

The 1998 DreamWorks movie about the story of the Jewish people’s exodus from Egypt is arguably one of the best animated movies out there. The music alone is simply impeccable, and while he may be a cartoon, Moses is pretty foxy in a very hipster kinda way.

But that’s not all! There are actually a lot of fascinating tidbits about this Passover classic. From its brilliant cast to behind-the-scenes details, here’s what you need to know:

It was inspired by the 1956 film The Ten Commandments

The DreamWorks movie is the brainchild of former Disney chairman Jeffrey Katzenberg. He pitched it to Disney’s CEO Michael Eisner, who rejected it, probably because Disney shies away from religious subject matters. When Katzenberg left Disney to start DreamWorks, The Prince of Egypt became the studio’s first traditionally animated feature, and its second-ever feature after Antz.

It won an Academy Award for Best Song

“When You Believe,” a duet sung by the incredible Mariah Carey and Whitney Houston (a true musical legend, RIP) was a HUGE commercial hit. It even won an Oscar for best original song in 1999. Mazel!

There’s a cantor singing in the Hebrew version

Actor Dudu Fisher, who is also a professional cantor, who worked in synagogues in Tel Aviv and Ramat Gan, plays Moses in the Hebrew version. Talk about authentic!

There’s Hebrew  in every international version of the film

In the movie’s version of “When You Believe,” there is a bit of Hebrew from the “Song of the Sea”, a poem from the book of Exodus. It’s remained in all the dubbed versions in various languages.

Composer Hans Zimmer introduced Ofra Haza — an actress of Yemenite descent who is a well-known pop star in Israel — to the DreamWorks team. They thought she was so striking that they modeled the character of Yocheved, Moses’s mother, after her. You can hear Haza singing in the breathtaking opener, “Deliver Us,” in the (take a deep breath here) English, French, Dutch, German, Greek, Swedish, Italian, Norwegian, Spanish, Czech, Finnish, Hungarian, Polish, Portuguese and of course, Hebrew version of the movie. Whew!

By the way, if you loved her in The Prince of Egypt, you might love the rest of her amazing music.

Biblical scholars consulted on the film

Because the subject matter is so religiously and historically significant, biblical scholars — along with Christian, Jewish, and Muslim theologians and Arab-American leaders — were brought in to consult on the film. According to Kaztenberg, “All these leaders noted that the studio executives listened and responded to their ideas, and praised the studio for reaching out for comment.”

The film was banned in certain countries for religious reasons

The film was banned in a few Muslim countries, like the Maldives, Malaysia, and Egypt for its graphic depictions of Moses, who is considered an Islamic prophet. Such depictions are forbidden in Islam.

Val Kilmer, who plays Moses in the English version of the film, also plays God — though he is not credited for the role. (Fun fact: Kilmer also played Jim Morrison in Oliver Stone’s 1991 movie The Doors — some might consider that god-like, too. ) Finding the “right” voice of God was a real challenge for sound editor Lon Bender; he did a lot of research on previous depictions of God’s voice in pop culture before deciding to go with Kilmer’s actual voice, “to suggest the kind of voice we hear inside our own heads in our everyday lives, as opposed to the larger than life tones with which God has been endowed in prior cinematic incarnations.” We can dig it.

The film’s soundtrack is helmed by two brilliant musical Jews

One of them is legendary composer Zimmer, a German Jew whose mother survived the Holocaust by escaping to England. Zimmer is responsible for the truly iconic soundtrack of The Lion King (seriously, the instrumental parts of that soundtrack give me shivers!). The songs of the movie were written by musical genius Stephen Schwartz, who wrote the songs for Wicked,  as well as for Disney classics like Pocahontas and The Hunchback of Notre Dame.

It has a truly amazing all-star cast

There’s Sandra Bullock and Jeff Goldblum (our forever crush!) who play Miriam and Aaron, Moses’ siblings. Then there’s Ralph Fiennes as the villainous and tortured Pharoah Ramses, with Patrick Stewart and Helen Mirren in the role of his parents and Moses’s adoptive parents, Pharoah Seti and Queen Tuya.

And of course, there’s Steve Martin and Martin Short in the role of two advisors, because every good animated feature needs some excellent comedic relief.

The film grossed  $218 million worldwide in theaters — a record breaking achievement for any non-Disney animated feature at the time. (In 2000, that record was broken by Chicken Run, also a DreamWorks production.) DreamWorks went on to create other blockbuster hits like Shrek, Madagascar, and How to Train Your Dragon.