14 Reasons Why Rachel Weisz Is Our Favorite Jewish Mom 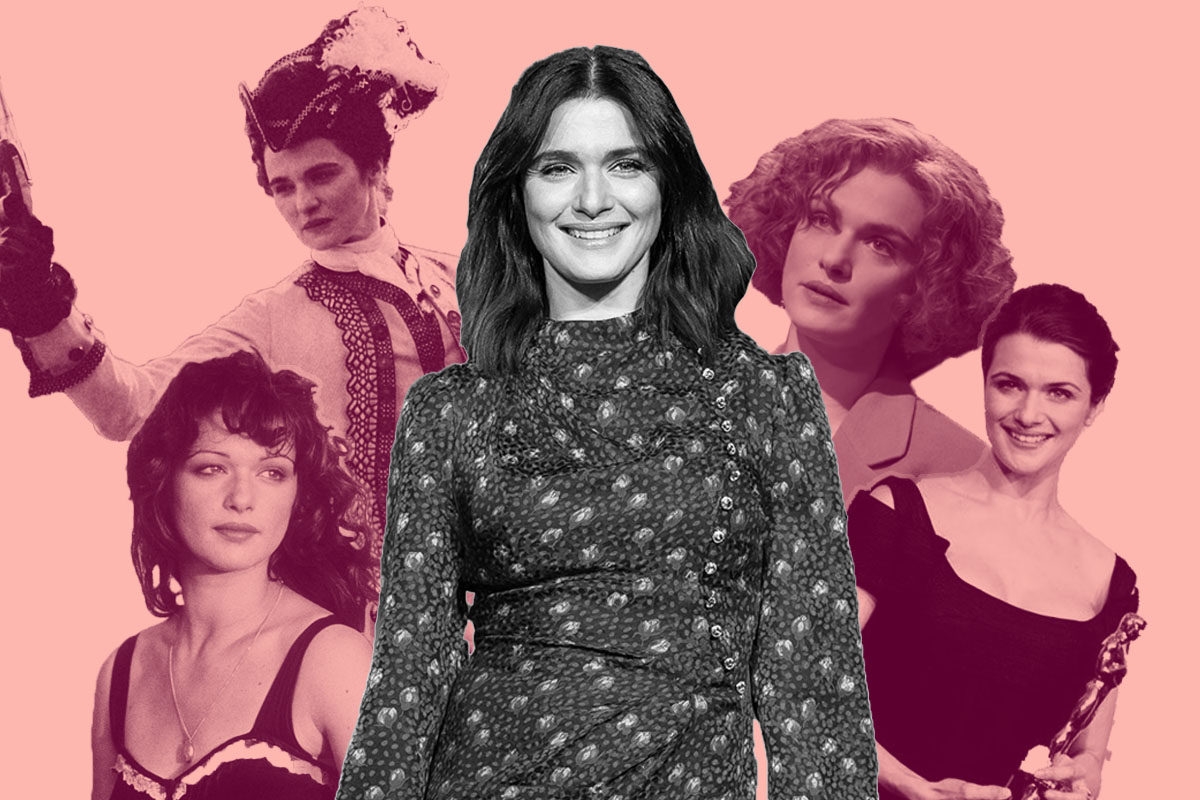 Jewish actress Rachel Weisz is a seriously inspirational woman. She has had a long and accomplished career (and she’s not slowing down anytime soon!), she’s an advocate for women, and she gave birth to her second child at age 48. (She also has a son, Henry, with Jewish director Darren Aronofsy, born in 2006.)

Even though she is super private, we’ve diligently unearthed a few of the reasons why Rachel Weisz is our favorite Jewish mom — and no, it’s not because she happens to be starring in The Favourite right now.

1. When she was starting out in the film industry at age 19, Rachel ignored her agent’s advice to change her last name to be less Jewish. Or, maybe, the suggestion was to make it easier to pronounce — it’s pronounced “Viesz,” with a V. Rachel jokes, “In America, they say ‘Weiss’, ‘Wise’, ‘Wooz’, ‘Waz’. I would still love to change the w to a v, so people say it right. I’m childish about it. I want Veisz!”

2. Her parents are both World War II refugees who fled the Nazis in 1938; her mom is from Vienna, and her dad is from Budapest. Her mom was raised in a very strict Catholic family, and converted to marry her dad. She explains her childhood thusly: “I had double guilt.”

3. However, she grew up culturally Jewish. “We did Friday night. I didn’t go to Jewish school, so I sang hymns and Christmas carols. But, yeah, culturally I grew up Jewish.” And she feels as if she grew Eastern European, and not English. She explains, “I’m from England, but I’m also culturally from east Europe, there is a cultural life. I’ve been to Austria and Hungary many times.”

4. Speaking of Judaism, Rachel’s said two things about it we just had to include. One, “I think faith is a beautiful thing. I don’t have it yet. Maybe one day I’ll find God.” Two, in an interview, she explained that her dad went to yeshiva and his mind is “talmudic.” “I would say what my Jewishness means to me—in terms of my heritage—is a few thousand years of asking a lot of questions,” she says. “If I asked my father a question, he would ask me a lot of questions. Putting things under a great deal of scrutiny; that’s what it means.”

5. Rachel’s career began with modeling at age 14; she was scouted by someone in London. “They used to dress me up in makeup and make me look like I was 30 years old, and I was 15,” she tells NPR. “And I would say that I definitely experienced objectification firsthand in that period.”

6. She attended Cambridge University, where she studied English and began her acting career. She graduated in 1988. Her thesis was on American female writers in the Deep South, called “The Politics of Space.” (Listen to her talk about it in this interview.)

7. On wanting more films with women in the lead, Rachel says, “I’m a woman and I’ve seen thousands of films by men with men in the central leads which I love. I think women tell stories differently and subjectivity of being a woman is we’re just completely different…I just want to hear their stories alongside the men. I want to hear both.”

8. This is why Rachel founded a production company, LC6 Productions, that has bought the rights to many women-centered books. Most notably, she executive produced the tale of forbidden love in an Orthodox Jewish community: Naomi Alderman’s Disobedience.

9. Her favorite thing about her job is getting to act out things without hurting anyone. “I like the idea that in stories, ever since Greek tragedy, the unspeakable, the undoable, the unsayable, the taboo, the fuck-you, whatever — all those things can happen and no one gets hurt. I like fiction for that reason.”

10. When she starred in Denial, about Holocaust historian Deborah Lipstadt, she visited Auschwitz. Filming a scene at Auschwitz (re-created on a set in England), Rachel (in character) recites “El Male Rahamim,” the Jewish prayer for the dead. “It had undeniable power,” Rachel explains.

11. She’s frustrated by the conversation about women actors over 40. “The thing that I find almost absurd, actually, is that we have this conversation about women over 40 as if it was some tiny outlier minority — we’re half the population! It’s not like if you were talking about say, a role for a trans-black, now-woman-of-color who’s converted to Islam. I understand the urgency of that conversation, but I find it so absurd that we’re talking about women. I feel like saying giraffes, or you know there aren’t enough roles for pandas. We’re women — I find it bonkers.”

12. She met her now-husband Daniel Craig while filming the horror film Dream House in 2011. She says her baby daughter looks a lot like him. (Cue the awwwws.)

so here’s a compilation of rachel weisz giving gays their rights pic.twitter.com/7BthyMQTsk

Also, she says, “I hope one day in the not-so-distant future we don’t get asked what it was like to share the screen with other women. Because I don’t think you ever ask men that.”

14. On playing opposite women — like in The Favourite and Disobedience — Rachel says, “There’s incredible freedom in women playing opposite other women. They’ve never owned each other, historically. The patriarchy is not there at all. The history of women in relationship to men was about ownership and control.”