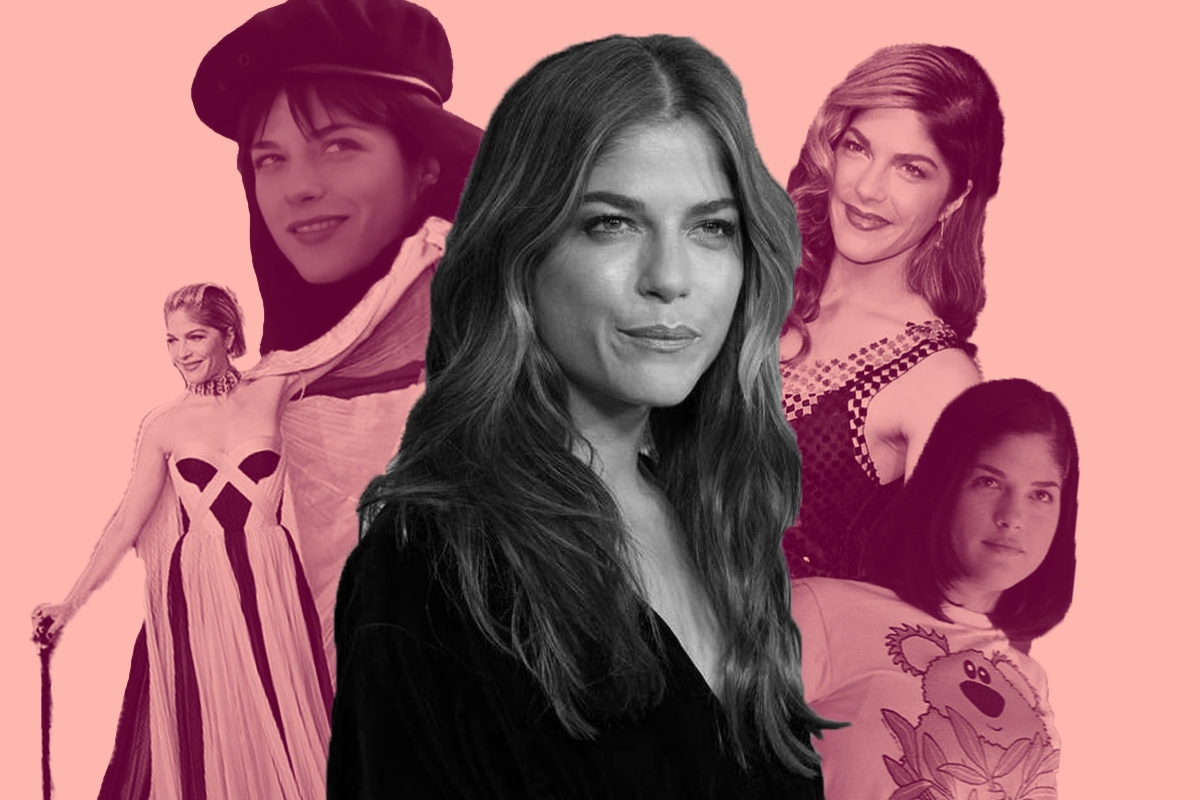 Jewish mama Selma Blair made an inspiring return into the public eye at the 2019 Vanity Fair Oscars afterparty, when she used a cane. Selma opened up about her MS diagnosis in October 2018, and her reemergence on the red carpet — with the cane — was her first public appearance. We can’t stop kvelling over her, and her bravery.

The actress is mom to Arthur, born July 2011, and they’re adorable:

…”Well, now that we have seen each other” said the unicorn, “if you believe in me, I’ll believe in you. Is that a bargain?” “Yes, if you like, “ said Alice. “. #lewiscarrol #1872. This is how I feel about you #arthursaintbleick , and you #cassbird. #nyc #peacoat

In fact, Selma Blair is our favorite! Here are 15 reasons why…

1. Born in July 1972, she was the youngest of four daughters. She attended a Jewish school in Michigan called Hillel Day School.

Little bear. Third grade. My mom still had to put in my ponytails. She would tell me she didn't want to hear a carp as she was pulling my hair into the elastic. So one day I said "carp" while she was tugging at my hair. She laughed and laughed. And then she took a drag of her vantage cigarette. I felt proud. I made my mom laugh. #memories #polaroid. #jordachejeans #selmablair

3. At age 20, she moved to NYC, attending NYU before transferring back to the University of Michigan to graduate in 1994. (She studied photography, psychology, fine arts, and English. Damn, girl!)

4. She’s starred in amazing films like Cruel Intentions and She’s All That, along with a ton of indie films and cult classics.

5. And how could we forget Selma Blair as Vivian in Legally Blonde?! One word: ICONIC.

6. She’s also starred in numerous television shows — she’s even played Kardashian matriarch Kris Jenner in American Crime Story. (And she even met her!)

On the third night of #Chanukah, this dear boy wonders when Elfie will show up in the morning. 🎄💕🥴✡️ #livinghisbestlife. #hewantsitall Excuse the mixed messages my dear half Jew. ❤️

10. “When my life flashes before my eyes, I want this portrait by @markseliger to be front and center,” she wrote about her Vanity Fair Oscars Party look (which is stunning):

11. She’s really good friends with her Cruel Intentions co-star (and fellow Jewish mom!) Sarah Michelle Gellar. Sharing the above photo, Sarah wrote, “To say I’m proud, would be a gross understatement. When I have a cold, I want to hide from the world under my covers. But not Selma. She is facing this diagnosis, the way she faces everything, with dignity, grace and head on. I know the support and encouragement that she has received on this platform has truly been a source of strength for her. This is not an easy journey, but Selma will not let this define her. I love you James.”

12. In another post, Sarah wrote, “Our relationship began with me fighting for you, and I will spend the rest of my life continuing to fight for you.”

Selma calls her “a true sister.”

Our relationship began with me fighting for you, and I will spend the rest of my life continuing to fight for you. This is one of those bumps in the road, that I truly believe within the year, we will barely remember. (And thanks for leaving the part out where I proceeded to fall asleep in your bed- lots of help I am lol) #Repost @selmablair with @get_repost ・・・ This girl. (Always my girl) is everything. She tucked me in and brought me dinner and loved me up. I woke with so much love for #sarahmichellegellar . Since the day I met her over 20 years ago, she fought for me along with @rogerkumble to be Cecile. She took me under her wing and today is no different. I am so in love with my angel of a friend. The best. @janeylopatey also shared the love on my bed yesterday. She and @karenzambos @jaime_king and this one even threw me my baby shower and are there every step of the way. May we all have a friend like this. I love you @sarahmgellar and my whole team of lovelies . I count my blessings. #friendsforever

13. OK, back to her son, ’cause they’re just so adorable. In March 2017, she let him pick a rescue dog, named Ducky. As Selma explained to People, “I’m a single mom, and I need somebody to talk about my day with, and it’s not always appropriate to talk about with my son because he’s a little too young. Fortunately, Ducky is 91 in dog years, so she can handle whatever I have to say!” After he passed away, Selma and her son adopted a new rescue dog.

Run with the angels. We miss you so much. So much, sweet girl. Please send us our next dog. With the spirit of you and wink. Our hearts are broken. #ducky

Look at this beautiful creature 🌟. #ivy. So much improvement with @cellardoorequestrian . Whenever I think I am stuck, I think of how I rode just last year after a 25 year break from riding, and I have hope there are many days of learning and improving again. #horseshowseason #cellardoorequestrian #thrilling #patience #dapples #charlesowenhelmets

15. In 2004, she married Ahmet Zappa — a writer, producer, and son of Frank — at the home of the world’s most prominent “one-half wandering Jew,” Carrie Fisher! The couple divorced in 2006.

In short, she’s just the BEST!