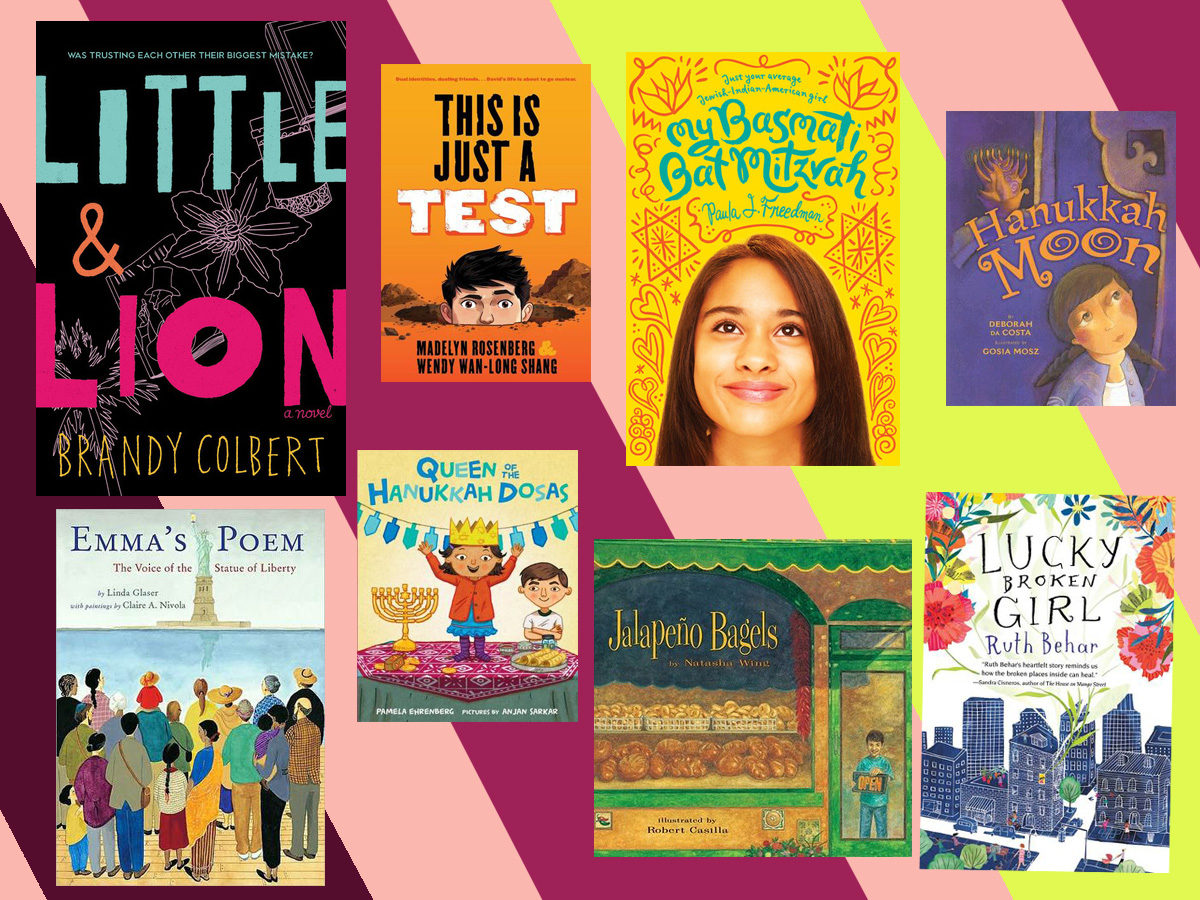 As someone just starting to raise a Jewish kid, I’m super aware that I want to give my child a full picture of the diverse spectrum of Jewish life. I don’t want him to think that Jews are supposed to look or be a certain way.

And, of course, I want him to know that being a Jew also means looking beyond yourself and fighting for a more just world. As someone who grew up with a house full of books — and who wants to instill a love for reading to her children — I figure the best way to start in on these topics are with some gorgeous Jewish books that touch on these issues.

Martin Luther King Jr. Day, when we celebrate the birth of the civil rights icon, is an ideal time to beef up the bookshelf with books that celebrate our diversity, and our commitment to a more just world. Below are a list of 18 delightful reads that range from simple picture books that happen to include diverse Jewish families and traditions, to compelling stories of Jews who were moved by the plight of others to fight for social justice.

For Toddlers and Infants:

This book showcases a diverse collection of faces and details their expressions in Hebrew and English. It’s simple and sweet, and bonus: Infants and toddlers love looking at pics of their peers.

Similarl to My Face Book, this book shows the faces of a diverse Jewish congregation, and it also tells the story of how and why Shabbat is celebrated. A real twofer!

Joey finds a way to celebrate his Mexican and Jewish heritage in quite possibly the most delicious way possible: by making jalapeno bagels. This beautifully illustrated book teaches some Yiddish and Spanish words, too.

5. Emma’s Poem by Linda Glaser, illustrated by Claire A. Nivola

Let your children discover the story of Emma Lazarus —  a young woman who came from a wealthy Sephardic family in New York City, and who was moved by the plight of immigrants in Ellis Island. The Jewish poet wrote “The New Colossus” whose words are proudly featured on the pedestal of the Statue of Liberty.

7. Queen of the Hanukkah Dosas by Pamela Ehrenberg, illustrated by Anjan Sarkar

This book features a multicultural Jewish and Indian family celebrating Hanukkah and one curious and perky little girl! It’s a delight.

8. Hanukkah Around the World by Tami Lehman-Wizlig illustrated by Vicki Wehrman

In this book, author Tami Lehman-Wizlig explores Hanukkah traditions from countries all around the world, including Turkey and Uzbekistan, to name just a few.

9. Always an Olivia by Carolivia Herron, illustrated by Jeremy Tugeau

10. What Makes Someone a Jew? by Lauren Seidman

What makes someone a Jew? Is it what they look like, or what they do? According to the author of this book — and to us, too! — it’s what’s in your heart.

12. As Good as Anybody by Richard Michelson, illustrated Raul Colon

This is the story of two amazing civil rights icons, Martin Luther King, Jr. and Rabbi Abraham Joshua Heschel, who marched for freedom together.

In 1947, a biracial Jewish kid with a passion for baseball faces alienation in both his African-American community and in the Jewish community of Brooklyn.

15. This is Just a Test by Wendy Wan-Long Shang and Madelyn Rosenberg

David is preparing for his bar mitzvah, dealing with drama between his Jewish grandma and his Chinese grandma and… building a fallout shelter? A fun story about growing up Chinese and Jewish.

This coming-of-age story of Suzette, who is Black, Jewish, and bisexual, and her relationship with her stepbrother, Lionel, who has bipolar disorder. As Lisa Borten writes for for our sister site, Alma: “The intersectionality and emotional honesty in this book are unmatched, and anyone looking for a realistic portrayal of mental illness and well-developed characters will enjoy this book.”

A young Cuban-Jewish immigrant to American adjusts to life in New York City while dealing with the aftermath of a terrible car accident in this dramatic coming of age tale.

Rebecca Walker, the daughter of Alice Walker and lawyer Mel Leventhal, tells the story of growing up amid her parents’ divorce and juggling her mixed-race, black and Jewish identity during the civil rights era.