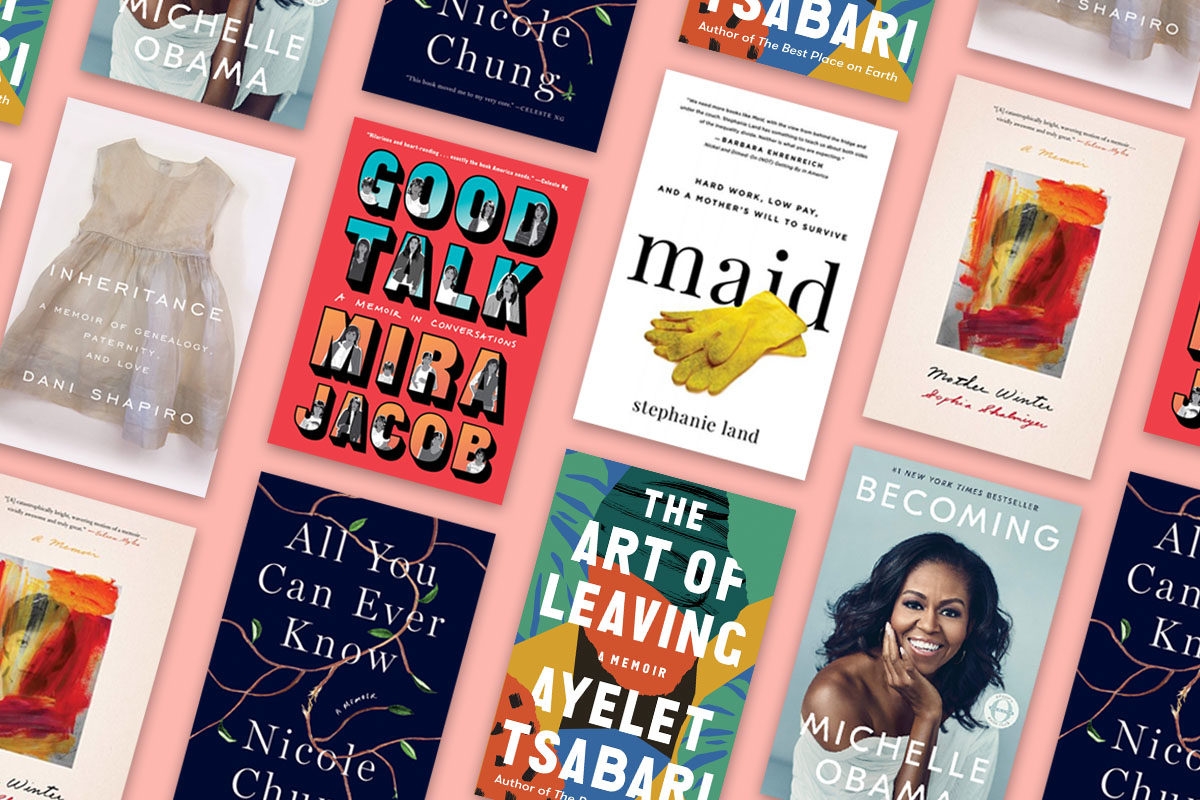 In 2016, author Dani Shaprio wrote an essay ahead of the publication of her fourth memoir, “When You Write a Memoir, Readers Think They Know You Better Than They Do.”

“People who have read my work feel as if they know me,” she writes. “And while certainly there is a powerful intimacy inherent in the experience of reading memoir, readers who meet me seem a bit embarrassed by this intimacy, as if, rather than having read my books, they have seen me naked without my consent. They seem to think of memoirs as more personal than any other literary form, as if the word ‘memoir’ necessarily signals confession, testimony, diary and strip tease all in one.”

As a reader of memoirs, this certainly feels true —when I finish a memoir, I’m nearly convinced I know the writer. I know how she feels about her dad, or what she hopes her daughters think of her. But, of course, as much as it saddens me, I don’t acutally know Michelle Obama. I only read her memoir, Becoming — along with millions of other people.

Shapiro goes on to refute that her readers know her: “When I write a book, I have no interest in telling all, the way I absolutely do long to while talking to a close friend.”

There is palpable power in the honesty of the memoir, which lets readers into the lives of families, say, or the intimate process of becoming a mother. But, of course, it’s also an art form. Successful writers of memoirs have taken their life, their search for their own story, and turned it into a compelling narrative. Not many of us can say that.

Below, in no particular order, are seven memoirs by moms (some Jewish, some not) that we think you should read this winter:

Inheritance: A Memoir of Genealogy, Paternity, and Love

Dani Shapiro is a prolific memoirist — Inheritance is her fifth memoir — but this is the first time she dives into a life-changing event that occurred when, on a whim, she sent her DNA to Ancestry.com. She learned her father was not her father.

“I was an Orthodox Jewish girl who had the siddur memorized, who belted out the Birkat Hamazon with my father after every Shabbos meal. I spoke flawless Hebrew — a language that now, when I hear it, has the quality of a half-remembered dream. But I didn’t look the part.” That’s because, it turns out, her biological father is not, as she had believed, the descendant of famous rabbis.

Inheritance focuses in on the year of her life orf his discovery and tried to navigate what it all meant. (You can read an excerpt in Time Magazine, or another one here in The Cut, which features an anecdote about Jared Kushner’s grandmother.) The core of the book isn’t the discovery, and her reaching out to her “bio-dad,” but what it meant for her. I read the whole memoir in one sitting — it just flows so well.

All You Can Ever Know

Adopted by white parents, Nicole Chung was the only Korean girl in a sea of white kids. Her mom always told her that her birth parents gave her up for adoption because they thought they wouldn’t be able to give her a good life. Growing up as a transracial adoptee — when parents are of one race, and the adopted kid is of another — was a challenge. She writes of her parents with love, but how she always felt there was something missing. Where did she come from? Why did her birth parents give her up?

As an adult in her late 20s, Chung is pregnant with her first child when she decides to try and find her birth parents. What starts as a search for answers ends with a story of sisterhood.

“I think when we write about something it always changes our relationship to it a little bit,” Chung told The Cut. “So while these are obviously subjects I’ve thought about for my entire life, writing about it for readers was a whole new thing. I think it’s helped me see my story as not just something that has affected me and my families, but a story with something broader to say about race and culture and identity and belonging and family.”

Read All You Can Ever Know

The Art of Leaving

Ayelet Tsabari grew up in a Yemeni Jewish family in a suburb of Tel Aviv. After publishing a collection of short stories about the Mizrahi experience (The Best Place on Earth), Tsabari turned her focus inward, writing about her childhood, her travels, her family, and, at the very end, her life as a new mom.

My favorite part of The Art of Leaving was Tsabari’s chapter about her mom. She writes about the food her mother makes — chicken livers, jichnoon, Yemeni soup, among others — and their relationship. It’s a moving portrait of her mother — who raised six kids by herself after Tsabari’s father died when she was young — that highlights the strength of her writing.

Read The Art of Leaving

What else is there to say that hasn’t been said about Michelle Obama’s highly anticipated memoir, which was the best-selling book of 2018? Well, I’ll tell you how I felt about it, when I read it in the first days of 2019: the hype is real. I teared up at multiple points while reading. She’s been through so much! She’s worked so hard! Her love story is so moving! The best parts were when she was open about her struggles as a working mom, and balancing her family’s needs versus her own.

As Isabelle Wilkerson writes in the New York Times, “One of Obama’s strengths is her ability to look back not from the high perch of celebrity or with the inevitability of hindsight but with the anxieties of the uncertain. She writes in the moment, as she saw and felt and discovered — as events were occurring.” I fully agree.

Maid: Hard Work, Low Pay, and a Mother’s Will to Survive

Stephanie Land’s memoir begins with a foreword from writer Barbra Ehrenreich, who writes, “The price of admission requires that you abandon any stereotypes of domestic workers, single parents, and media-derived images of poverty you may be harboring.” Ehrenriech reminds readers, “If this book inspires you, which it may, remember how close it came to never being written,” and “think of all the women who… never manage to get their stories told.”

And so you begin Land’s story, which starts bluntly: “My daughter learned to walk in a homeless shelter.” (Many reviews include this first line in their recap, because it’s just that powerful.) Maid is a story of motherhood, like many of the memoirs on this list, but it’s also the story of the working poor in America, of abusive relationships, and single motherhood. It’s a memoir is a necessary read in today’s America.

“Elena has vanished, and I need her back,” Shalmiyev writes towards the start of her memoir. Elena is her mother; the reader soon learns that when she was a girl, Shalmiyev’s Azerbaijani father took her Russian mother to court, and the judge ruled her alcoholic mother “unfit” to parent. So, at age 11, with the rise in anti-Semitism and the collapse of the Soviet Union, her father took her to America. Forced to abandon her mom, we then follow her teenage years in the U.S., discovering feminism, sex, and art. She returns to Russia to search for her mother; then, she becomes a mother herself.

The writing is so lyrical, and beautiful, that any words I write here won’t really compare to the magic of her memoir. For example, on the first page, Shalmiyev writes, “Russian sentences begin backward,”  soon comparing this idea to the Hebrew Bible, how Russian Christians cross themselves (the opposite way, apparently), and teaching her daughter to wipe herself front to back. There’s advice, literary references, and meditations on being a woman.

Good Talk: A Memoir in Conversations

In 2015, a BuzzFeed post by Mira Jacob went viral: “37 Difficult Questions From My Mixed Race Son.” The post — which is told in a series of drawings and collages featuring her face and her son’s — captures the curiosity of her half-Jewish, half-Indian child, Zakir.

Zakir: “Someone asked me what I was today.”
Mira: “Ugh. I hate that. What did you say.”
Z: “I said I was Jewish in the winter and Indian in the summer.”
M: “You are the best thing that has ever happened to me.”

Jacob has turned this premise — questions from her son about race, identity, and more — into a full-length graphic novel. It’s a vital read — whether you’re the parent of mixed-race kids or not.